Honestly sick of our democracy being hamstrung by one man's ego. 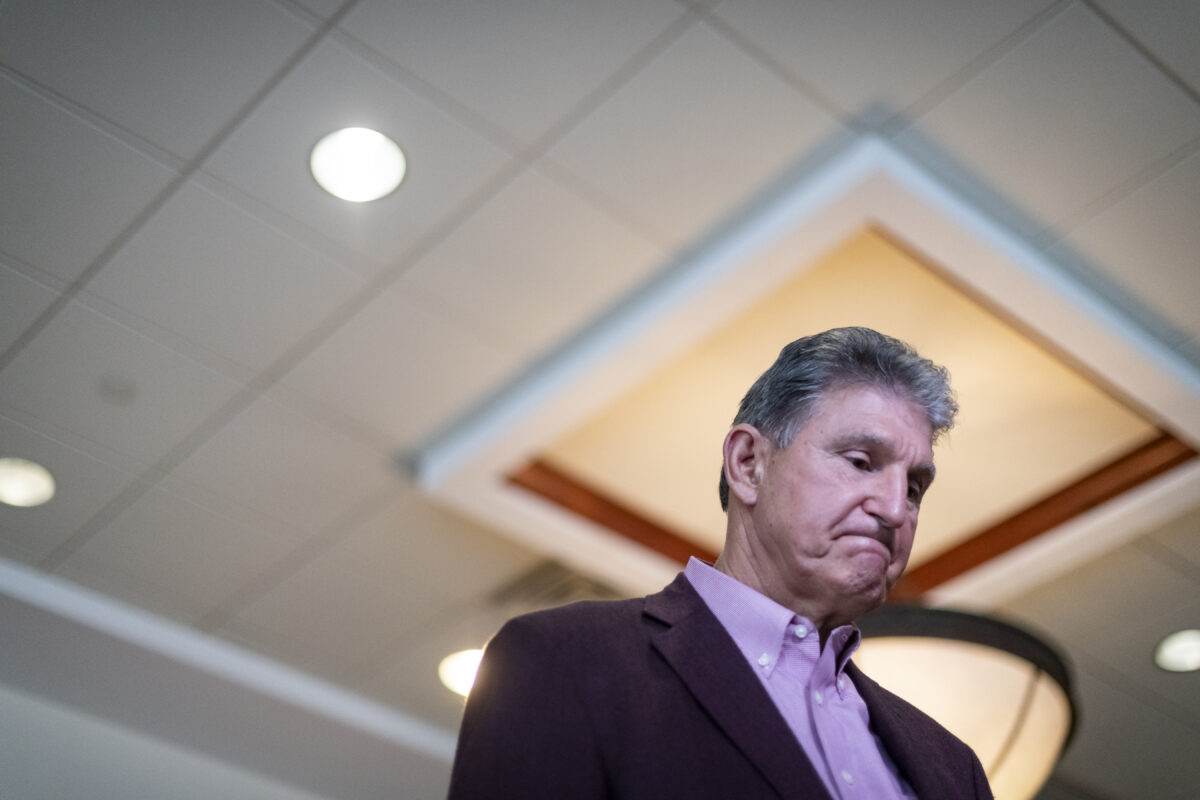 West Virginia Senator Joe Manchin has announced that he won’t vote for his own party’s For the People Act, a comprehensive bill focused on expanding voting rights and ensuring free and fair elections. Manchin also reaffirmed his commitment to uphold the filibuster, a Jim Crow relic designed to give the minority party power over those elected to the majority.

In an op-ed published in the Charleston Gazette-Mail, Manchin wrote, “The right to vote is fundamental to our American democracy and protecting that right should not be about party or politics. Least of all, protecting this right, which is a value I share, should never be done in a partisan manner.”

He continued, “Unfortunately, we now are witnessing that the fundamental right to vote has itself become overtly politicized. Today’s debate about how to best protect our right to vote and to hold elections, however, is not about finding common ground, but seeking partisan advantage. Whether it is state laws that seek to needlessly restrict voting or politicians who ignore the need to secure our elections, partisan policymaking won’t instill confidence in our democracy — it will destroy it.”

Okay, so let’s be clear: the right to vote is fundamental to our democracy, but not when it isn’t bipartisan? What in the actual fuck is Joe Manchin talking about? “The truth, I would argue, is that voting and election reform that is done in a partisan manner will all but ensure partisan divisions continue to deepen,” Manchin writes.

Maybe Joe Manchin hasn’t been paying attention, but partisan divides are as deep as they can get. One of two parties that govern this country are actively involved sweeping voting restrictions and sponsored a terrorist attack on the Capitol. And after nearly a decade of Mitch McConnell’s obstructionist stranglehold on the Senate, republicans never ONCE reached out or tried to bridge the divide with democrats.

For so long, democracy was hamstrung by Kentucky Sen. Mitch McConnell’s obstinate refusal to bring any democratic legislation to the floor for a vote. Now, after a record-setting voter turnout, relentless campaigning, and thousands of volunteers taking the time to knock on doors, make phone calls, and send postcards, democrats eked out a slim political majority in both the House and the Senate.

With McConnell’s demotion to senate minority leader, Americans finally removed the self-styled Grim Reaper of the Senate from his seat of power. The lone white man responsible for denying Merrick Garland a seat on the Supreme Court, who blocked every agenda item from the Obama administration, was finally forced to give up the gavel.

McConnell’s reign of terror made countless Americans wonder how a single member of congress could effectively wield more power than the President of the United States. And now, rising to take his place and his scythe, is Joe Manchin (with an assist from Arizona Sen. Kyrsten Sinema). Manchin, while not senate majority leader, is singlehandedly torpedoing his party’s hard-won agenda because of his allegiance to outdated bullshit that is longer relevant.

It’s beyond disheartening and frustrating that our chance to save democracy is ruined because of one obstinate old man. The answer is, of course, to keep up the fight. Keep calling your senators, keep registering people to vote, keep volunteering. If we increase our majority in the senate, then Manchin loses his unearned power position. But with sweeping legislation across dozens of states to restrict the right to vote, the odds are stacked against us more than ever.