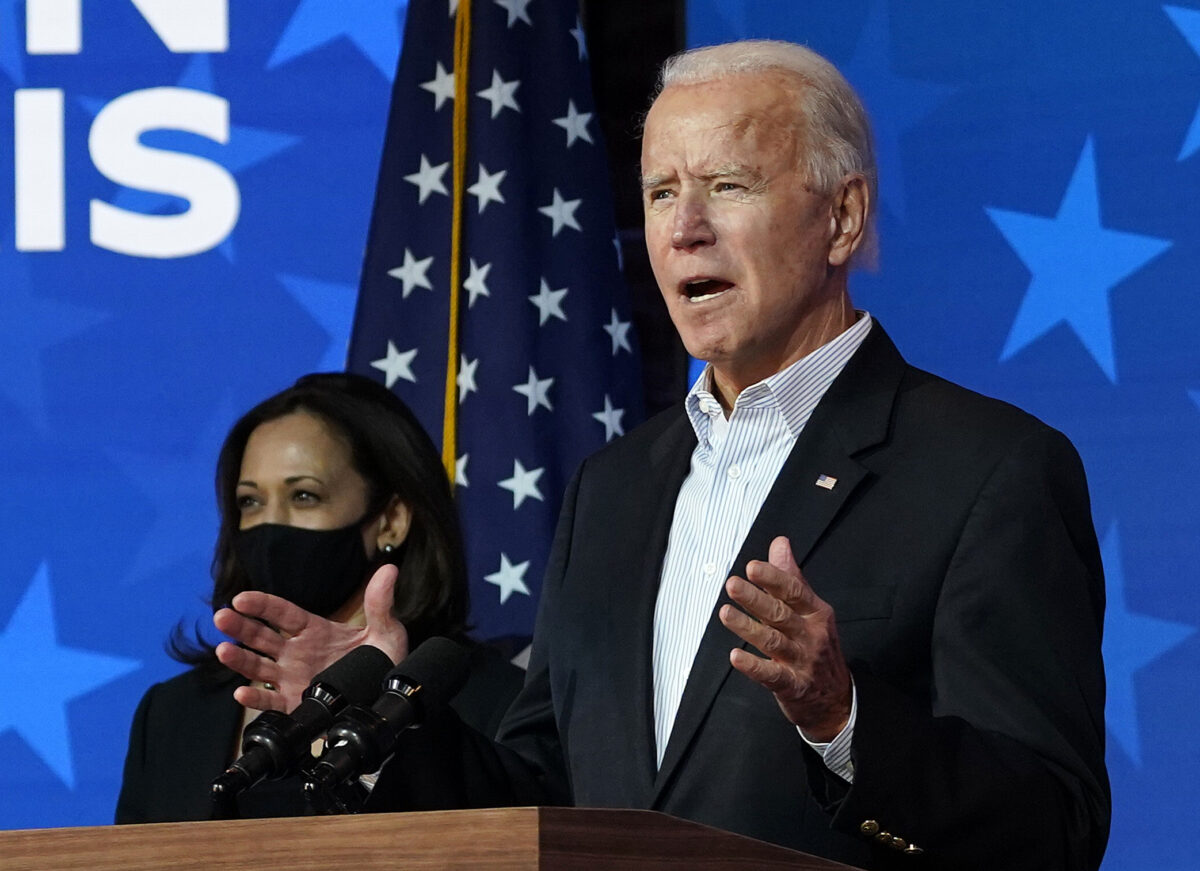 So right now, we’re in the middle of a terrifying coup attempt by Donald J. Trump. I should probably have an alleged in there somewhere, but whatever, I’m terrified. With the results of the election not going in his favor, Trump is now refusing to concede, claiming that there was cheating (as he’s done all along), and using his fear-mongering (i.e. fascist) tactics to get his base all riled up and ready to fight for his honor.

How there are so many Trump fans, I still do not know.

But that’s beside the point. It’s getting so bad that even Secretary of State Mike Pompeo is saying to the press that there will be a peaceful transition to a “second Trump administration” and pointing out that votes are still being counted, as though there’s a real chance (there is not) that the outcome is still unknown. Like … not even hiding the fact that he is willfully ignoring the choice made by the American public.

And while my fear is at an all-time high, I have to admit that watching Joe Biden chuckle at Secretary Mike Pompeo soothed me.

In a truly presidential move, when asked about the transition of power, Biden explained that right now, there are aspects of the government he doesn’t need to have access to because Trump is, technically, still president until January.

The laugh at the end is everything. pic.twitter.com/tYdTIMghGY

But it was towards the end, when asked about taking legal action against Trump, Biden confirmed that he doesn’t think there’s a need to take any at the moment.

Is it this constant state of dread that has forced me into pure laughter over this? Most likely, and maybe this feeling is misplaced, but I also feel as if Joe Biden and Kamala Harris have a team backing them that would fight Donald Trump and his failing attempt at a coup at every turn. And yes, that laugh did calm me because of this thinking, but what else do we have to go on? We have a sitting president who has most of his recent tweets under review for election misinformation on Twitter and a slew of Republicans just constantly lying to us.

So, Joe Biden laughing at Mike Pompeo and his absurd claim that there will be a smooth transition to a second Trump administration? Makes me feel a little bit better even if it is terrifying that that is something that came out of the mouth of the SECRETARY OF STATE.