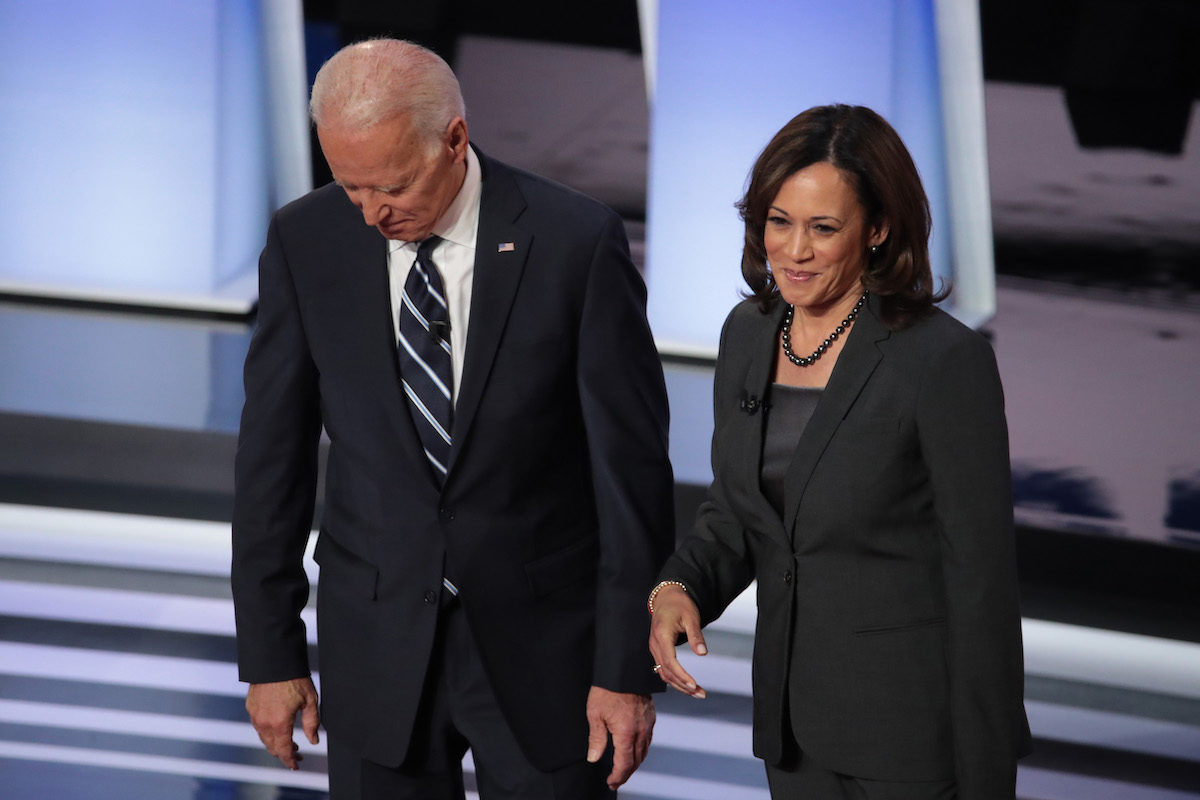 There were a lot of strange decisions made by CNN regarding how they chose to operate the second round of Democratic debates this week, the first of which was the choice to leave the candidates’ mics on as they were being introduced. So when Kamala Harris took the stage right after Joe Biden, we all got to hear how he greeeted her, which was by shaking her hand and telling her, “Go easy on me, kid.”

This is, of course, a reference to the way in which she absolutely destroyed Biden in the first debate. Back in June, Harris came prepared to talk about Biden’s long voting record as a member of the Senate, including his opposition to busing students to facilitate school integration. Biden did not come prepared to talk about those things, and while he later tried to frame her criticisms as an attack and a lack of politeness, the reality is just that he did not bring his A-game. (Or, alternatively, that was his A-game in which case he should probably just see himself out.)

So Biden greeted her Wednesday night with the joke, “Go easy on me, kid.” It was a playful acknowledgement that she owned his ass last time. It was also a super patronizing thing to say to a 54-year-old Senator running for president.

Yes, Joe Biden said, “go easy on me kid” to Kamala Harris when they shook hands. Yes, that is totally obnoxious.

Ummm. “Go easy on me, kid”? He will always be terrible but it’s pretty amazing how consistently willing he is to remind us.

Yes, Biden’s comment was a joke. But that doesn’t mean it was purposeless. It simultaneously belittles her and reinforces his original claims that her “attacks” were unfair or too aggressive.

Biden’s “go easy on me kid,” was a single sentence quip intended to simultaneously diminish Harris and characterize her as overly aggressive. He’ll say it was a joke, which is what his supporters will claim while belittling critics as humorless and aggressive. Women know it well.

This definitely could have been a strategy planned out by Biden and his team for how he would try to repair some of the damage done to his image in that first debate. I find it more likely that this was an off-the-cuff remark and that Biden didn’t necessarily think through the implications of his patronizing joke. In no way, though, does that make it any better. Just as with his inappropriate, overly familiar way of touching women, these behaviors don’t have to be deliberate or even conscious to clearly demonstrate how this sort of antiquated, casually insidious sexism informs the ways in which he views women.

Again, as with the conversation around his touching, there are a lot of people defending him by saying it’s not malicious, that’s just who he is. Which, fine. But then we all get to decide if that’s the kind of person we want in power. He doesn’t have to be a bad guy to be the wrong guy.