Joanne Siegel’s Last Words to Warner Bros. On the Rights to Superman 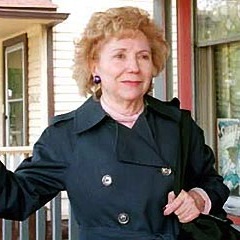 In light of yesterday’s casting announcement of Amy Adams as Lois Lane in Zach Snyder’s Superman reboot, Nikki Finke at Deadline decided that it  would be relevant to publish a letter sent to Warner Bros. by Joanne Siegel, the widow of Superman co-creator Jerry Siegel and, as acknowledged by Siegel himself, the real-life inspiration for Lois Lane.

Mrs. Siegel was a driving force behind the lawsuit that ensured that the rights to Superman, sold by Jerry Siegel and Joe Shuster for $65 each in the 1930’s in what is considered one of the great ironic tragedies in American comics, will eventually revert totally to the families of his creators. Until that lawsuit, Siegel and Shuster had received no royalties on Superman for more than forty years. The Siegel’s were supposed to have received their half share in 1999, and the Shusters will be awarded financial rights in 2013.

Which is precisely why Warner Bros. is pushing out a 2012 Superman movie as fast as possible, even dating it for a summer where they’ve already got a guaranteed tent-pole summer blockbuster in the final installment of their second Batman film franchise. After 2012, they (and DC Comics) will have to get permission and negotiate financial compensation with both families in order to use and license Superman and very key parts of his origin story. If they can get the beginning of a financially successful franchise out now, it gives them a bit more clout in copyright court, by giving them more of an obvious financial stake in the character. In the meantime, however, they’ve actually been counter suing the widow of the creator of their most iconic character for years. Read Joanne’s last plea for civility after the jump:

I am Joanne Siegel widow of Jerry Siegel, creator of Superboy and co-creator of Superman with Joe Shuster. It has always been my policy to be in touch with the Chairmen of the Board of your company going back to when Steve Ross formed Warner Communications.

Steve Ross knew how to take care of large vexing problems. He paid the price, whatever it was, then went on, and the company prospered. He was gracious and friendly when my late husband Jerry and I met him at a stockholders meeting after he sent Jerry, Joe, my daughter Laura and me company stock. He also phoned me to say if we needed anything I should just pick up the phone and call him. He said if he could not be reached for some reason, one of the top officers in the company, Deane Johnson, would handle things personally. Laura and I believe if Steve were alive our copyright ownership matter would have been successfully resolved long ago.

Jerry Levin was also reachable and thoughtful. He sent my husband and later me, cases of grapefruit at the holiday season. He remembered Jerry’s birthday with a Superman sculpture. When my Jerry passed away, Jerry Levin told Laura and me that we are part of the Time Warner family, part of its history. Unfortunately he retired before our rights issues were resolved. He had given his attorneys too much power so that negotiations were unsatisfactory and a settlement was impossible. Dick Parsons, on the other hand, was not friendly and, under him, the attorneys hired by the company were arrogant and pro-litigation.

Now you are Chairman and CEO. Because we are in litigation I held off writing to you. I now believe had we had contact early on, things might not have gone so far off track.

My daughter Laura and I, as well as the Shuster estate, have done nothing more than exercise our rights under the Copyright Act. Yet, your company has chosen to sue us and our long-time attorney for protecting our rights.

On December 1st I turned 93. I am old enough to be your mother. I have grown grandchildren. Unfortunately I am not in the best of health. My cardiologist provided a letter to your attorneys informing them that I suffer from a serious heart condition and that forcing me to go through yet another stressful deposition could put me in danger of a heart attack or stroke. I am also on medications that have side effects which force me to stay close to home and restrooms. Nonetheless your attorneys are forcing me to endure a second deposition even though I have already undergone a deposition for a full day in this matter. As clearly they would be covering the same ground, their intention is to harass me.

My dear daughter Laura too has painful medical conditions including multiple sclerosis, arthritis, glaucoma, spine disorders, and fibromyalgia. She has already had her deposition taken twice by your attorneys while in pain. Her doctors have given written statements saying she should not be subjected to a third deposition, yet your attorneys are insisting on re-taking her deposition in an effort to harass her as well.

So I ask you to please consider – do these mean spirited tactics meet with your approval? Do you really think the families of Superman’s creators should be treated this way?

As you know, DC and Warner Bros. have profited enormously from 72 years of exploiting Jerry and Joe’s wonderful creation. Superman is now a billion dollar franchise and has been DC’s flagship property for all this time.

As for this letter, the purpose is three-fold:

To protest harassment of us that will gain you nothing but bad blood and a continued fight.

To protest harassment of our attorney by falsely accusing him of improper conduct in an attempt to deprive us of legal counsel.

To make you aware that in reality this is a business matter and that continuing with litigation for many more years will only benefit your attorneys.

This is not just another case. The public and press are interested in Superman and us and are aware of our and your litigations.

The solution to saving time, trouble, and expense is a change of viewpoint. Laura and I are legally owed our share of Superman profits since 1999. By paying the owed bill in full, as you pay other business bills, it would be handled as a business matter, instead of a lawsuit going into its 5th year.

Even though you will no doubt pass this letter on to your attorneys, the final decision is yours. Your image as well as the company’s reputation rests on a respectable and acceptable outcome, and I hope you will get personally involved to insure this matter is handled properly.

The courtesy of a friendly and meaningful reply from you will be most appreciated.

In conclusion, it’s hard to look like the good guy when you’re counter suing a 93-year-old lady over something that her husband definitely created and that you’ve made a lifetime’s worth of money off of. Even if you did own the rights, which you acquired off of a couple of young financially desperate kids.