J.K. Rowling Has a Favorite Chapter in The Harry Potter Series

After all this time. 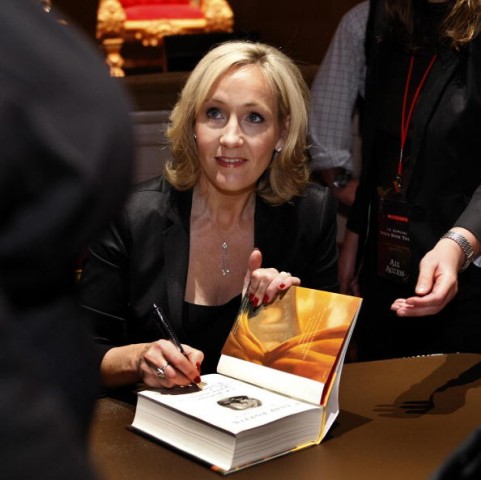 Fans of the Harry Potter series have likely been able to narrow down their all-time favorite to one of the seven books—but what if they could only choose just one chapter? That’s what a fan asked J.K. Rowling to do on Saturday via Twitter, and boy, did she pick an answer that was ever-so-perfect in its honesty.

Rowling has always been a very active Twitter user, and every so often she takes time out of her day to source fan questions from any one of her 5.73 million followers. We’ve gotten precious tidbits of HP canon revealed to us years after the fact, from Sirius Black’s birthday (November 3rd) to the House that Harry Potter’s son was Sorted into at Hogwarts (Gryffindor, no surprise there).

But her response when asked about her favorite chapter in the whole of the Harry Potter series? Simple, to-the-point, and so very bittersweet:

If you’ll recall, that chapter in Deathly Hallows follows Harry as he heads into the Forbidden Forest for his ultimate showdown with Lord Voldemort. Along the way, he is visited by those closest to him who have died, including his parents. It’s an emotional scene for sure, and Rowling admitted that writing it had affected her in more ways than one:

So did I, but it was the culmination of 17 years' work and the most cathartic piece of writing of my life. https://t.co/XG0srTyVIE

Try and read that chapter now without crying. Go on. I dare you.

(image via TIMOTHY A. CLARY/AFP/Getty Images)