J.J. Abrams Has a Great Message for Everyone in Making The Force Awakens Appeal to Young Girls 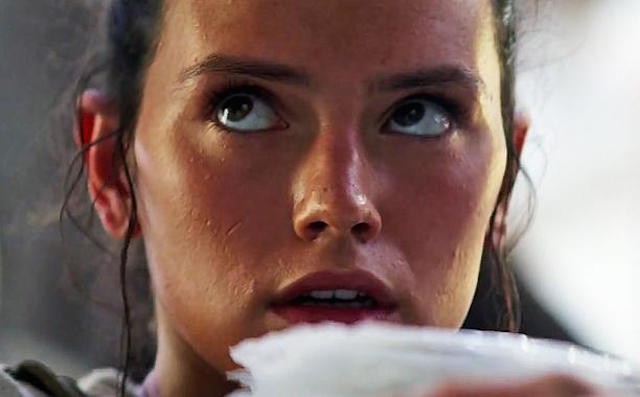 Star Wars has always been for everyone, but we’ve all seen marketing efforts—and some of the franchise’s other choices—aim things squarely at young boys. If it wasn’t apparent from J.J. Abrams (seemingly, so far) making a woman the main character of The Force Awakens, he wants Episode VII to appeal to girls and women, too—for the benefit of everyone.

In fact, to him (and George Lucas, for that matter), Star Wars—like the title of the franchise’s original entry—is all about hope. The Hollywood Reporter mentions that when Abrams stopped by Good Morning America, he said,

Star Wars was always a boys thing and a movie that dads could take their sons to, and though that’s still very much the case, I was really hoping that this would be a movie that mothers could take their daughters to as well. I’m looking forward to kids seeing this movie and seeing themselves in it and seeing that they’re capable of doing things that they could never imagine possible.

Of course, I’ve already seen people complaining about Abrams’ “SJW motives” in relation to this quote, but who does it hurt to consciously try to make such a fun property feel more accessible to girls? Additionally, Abrams casting a Black actor for another of the film’s central characters, John Boyega’s Finn—not to mention Oscar Isaac playing a noteworthy role so far—takes that a step farther. Humanity’s adventures in space are not just for both boys and girls, but also for all people.

Just like the “Star Wars is for boys” issue, Star Wars already was for everyone—now it’s finally acting like it. (Not to minimize Leia’s role or Lando Calrissian’s contributions, but Luke was always the hero of the story, with his father-son relationship front-and-center.) That’s the only difference, which makes it hard to understand why that makes some fans so unhappy. After all, Abrams has the same vision of the franchise’s message that it already had from the beginning (no digital re-insertions here):

What I hope is that they see a movie that tells them that life is full of unlimited possibility. That there’s an incredible sense of, to use a George Lucas term, hope in the world. And that they feel better when they leave than when they got in there.

That can only be amplified as more kids more easily see themselves on-screen.

(via CBR, image via Disney)