Rep. Jim Jordan Is Really Mad About Gender-Neutral Pronouns, Also Doesn’t Know What a Pronoun Is 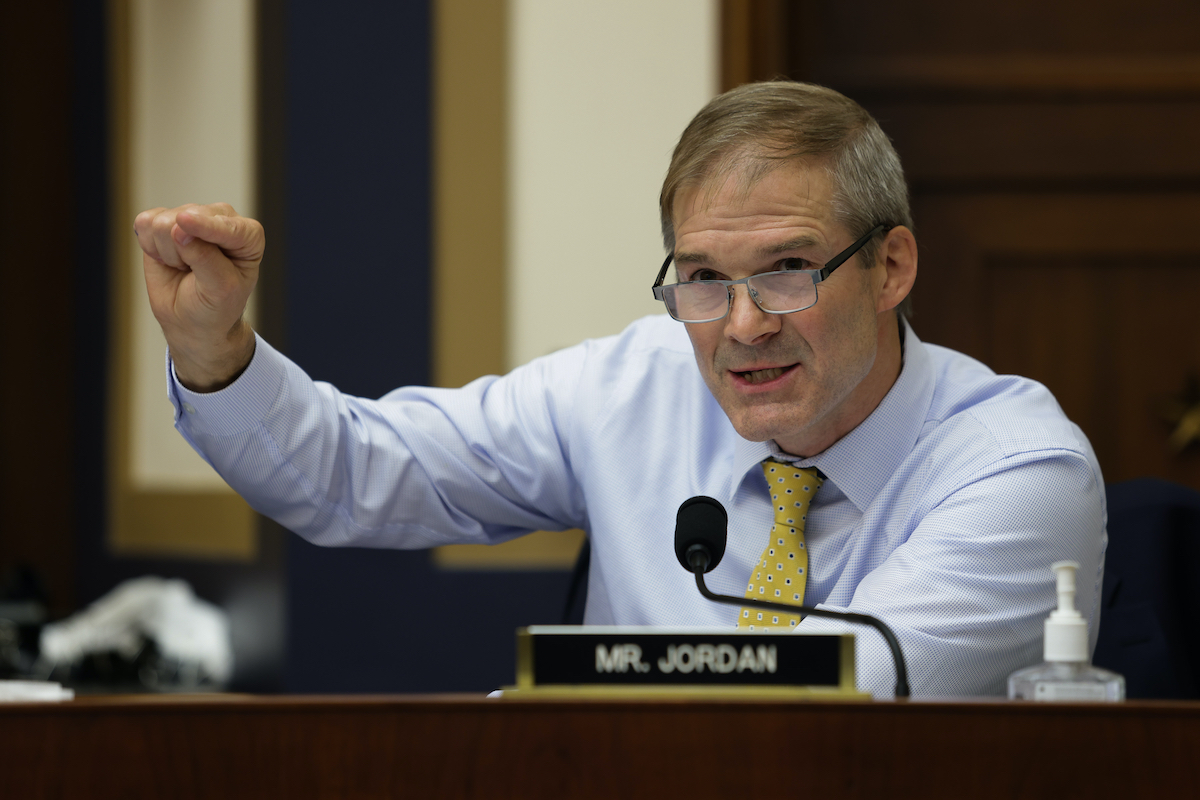 Now that the new class of freshman lawmakers have been sworn in, the House of Representatives is set to revise its official rules. The new rules package includes ethics reforms, introduces new protections for whistleblowers, establishes a new subcommittee to investigate economic disparity in the U.S., and other sweeping changes.

The new rules also swap out gender-specific pronouns and other references for neutral language. And some Republicans are predictably, ignorantly, unnecessarily mad about it.

Minority Leader Kevin McCarthy tweeted that the measure is “stupid” and signed his tweet “A father, son, and brother.” (Signing a tweet is a major dad move, to be fair.)

Of course, doing away with gendered language at work doesn’t change who McCarthy is. It doesn’t dictate what language he is allowed to use. This change would impact him in absolutely no way. It just alters some of the language in the House’s code of conduct. Changes include swapping things like “chairman” for “chair” and replaces “he or she” with the person’s title and, in one case, “themself.”

There’s also one section in the code of conduct that talks about a rule regarding lawmakers’ family members and these new rules would change wordings like “father and mother” to just “parent.”

This is out of control. Can we get an amen?

First of all, no one is banning anything. Again, this is literally just changing some of the language in one document. It doesn’t change anything about Jim Jordan’s or anyone else’s daily personal or professional life, but it does establish a degree of inclusivity for future nonbinary members of Congress (and we did just see our first nonbinary person elected to office on a state level in Oklahoma!), as well as for lawmakers’ families.

Also, Jim Jordan is awfully up-in-arms about pronouns when, judging by that tweet, he doesn’t even know what they are.

None of those are pronouns, Jim.

As a librarian, I feel I should point out that those are not pronouns. I think the word you may be looking for is “noun”? This seems like an inclusive move and I appreciate it.https://t.co/TVxGYqPUxZ

jim these are not pronouns. i know not-paying-attention-to-things-happening-in-school is kind of your specialty but come on

The discourse on pronouns is especially wild here considering that literally none of these are pronouns https://t.co/sWq924mJxl

Why be accurate when you can be angry at nothing, amirite?