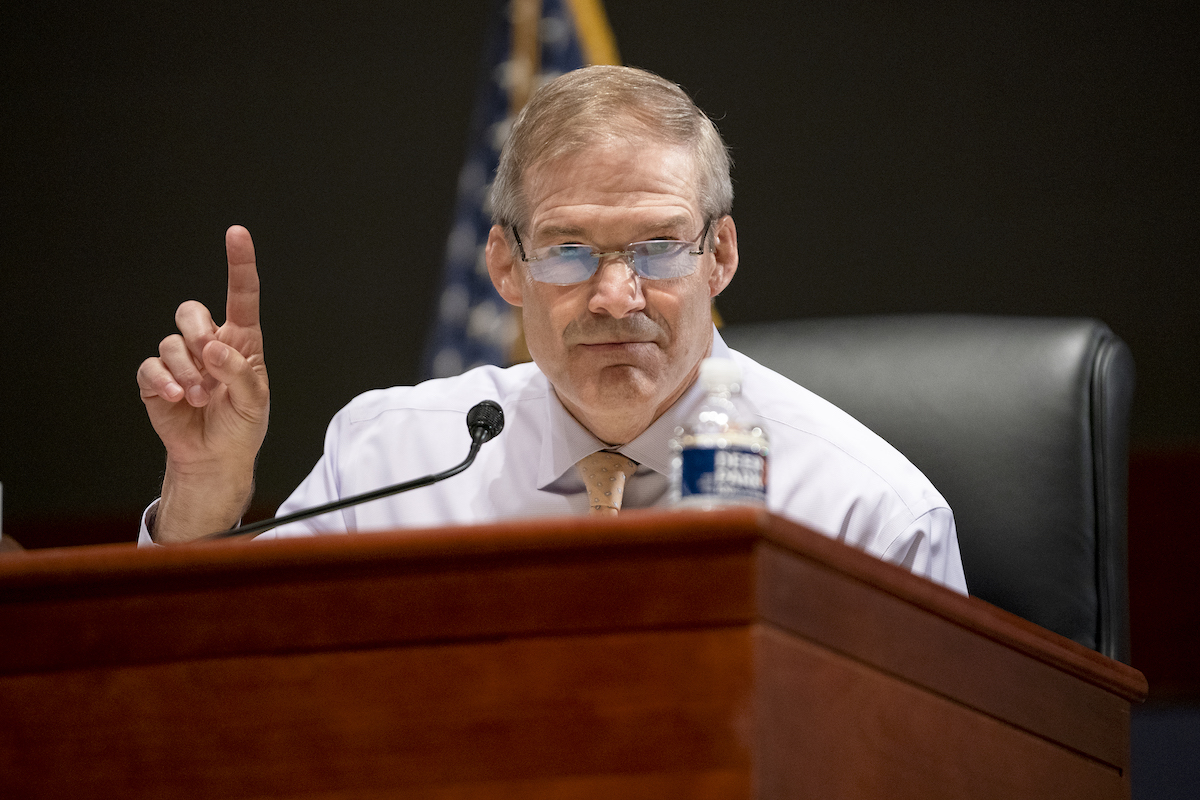 The House select committee investigating the January 6 attack on the U.S. Capitol has asked Rep. Jim Jordan to meet with them for questioning.

Until very recently, the committee has avoided questioning fellow lawmakers. Earlier this week, they sent a letter to Pennsylvania Republican Scott Perry, asking him for information regarding his communications with Donald Trump’s administration leading up to the attack. Perry said he was refusing to cooperate, calling the committee “illegitimate, and not duly constituted under the rules of the US House of Representatives.”

Jordan has not said outright that he will refuse to cooperate, but he told Fox News that he has “real concerns.”

“We’re going to review the letter, but I gotta be honest with you. I got real concerns about any committee that will take a document and alter it and present it to the American people, completely mislead the American people like they did last week,” Jordan told host Brian Kilmeade.

According to The Hill, “Jordan was apparently referring to a hearing earlier this month in which Rep. Adam Schiff (D-Calif.) read part of a forwarded text that Jordan sent to Meadows, the former White House chief of staff.”

Schiff did not name Jordan when reading the text, instead crediting it to an “unnamed lawmaker.” The text was regarding a strategy to stop the certification of the 2020 election, and said Mike Pence “should call out all electoral votes that he believes are unconstitutional as no electoral votes at all.”

Apparently, Jordan is mad that Schiff only read a portion of the text. The full text also includes a quote from Alexander Hamilton about the constitutionality of legislative acts which doesn’t really apply here anyway.

The committee now has to decide whether to issue official subpoenas to Perry and also Jordan if he ends up refusing to cooperate as well. If they ignore those, then they potentially face arrest—although moving to charge a fellow sitting lawmaker with criminal contempt is going to be a much tougher call than say, Steve Bannon.

During that interview with Fox News, Jordan told Brian Kilmeade he’d be reviewing the committee’s letter but that he also has bigger things to focus on. Which is weird because looking at his Twitter account, the number one thing on his mind seems to be trying to online-bully Dr. Anthony Fauci.

If masks and mandates work, why don’t they work?

What a fantastic use of everyone’s time.