Keep Lizzo's name out of your mouth, Jill. 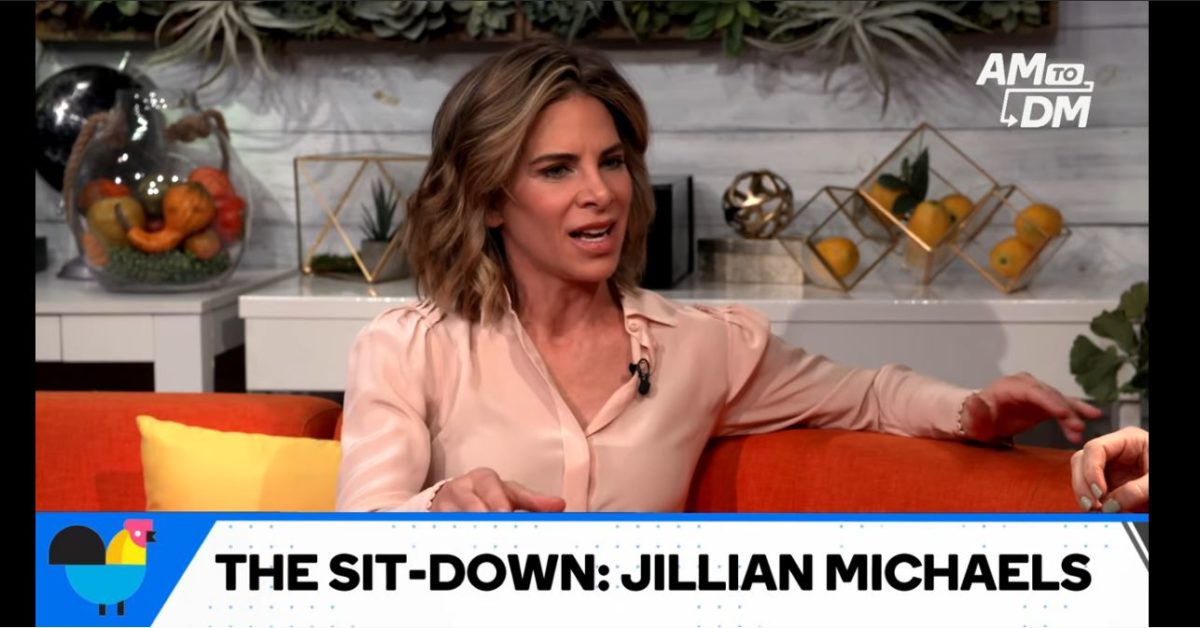 Fitness guru Jillian Michaels appeared on Buzzfeed’s AM2DM talk show this morning for a discussion of health fads and living well in the new year. However, the interview took a turn when host Alex Berg brought up women like Lizzo and model Ashley Graham as examples of body positivity and celebration in the media. Instead of agreeing, Michaels quickly took Lizzo to task for her body shape in the clip below:

Michaels says, “I love her music 100%, I don’t know anything about her, I’m sure she’s a cool, awesome chick … but why are we celebrating her body? Why does it matter? That’s what I’m saying, like why aren’t we celebrating her music? Cuz it isn’t gonna be awesome if she gets diabetes!”

Host Alex Berg tries to steer the conversation back to acceptance, but Michaels continued, reiterating that while she loves Lizzo’s music, “there’s never a moment where I’m like, ‘I’m so glad she’s overweight!’ like why do we, why I do even care? Why is it my job to care about her weight?”

First off, no one is asking Jillian Michaels to care, although given her vehement response she clearly cares quite deeply. She’s also clearly missing the point that body positivity is about accepting one’s self in a world that places thinness on a pedestal and celebrates the most narrow definition of what physical beauty is and can be.

For that matter, Michaels knows nothing about Lizzo’s physical health, and if you’ve ever seen the singer perform you know she has stamina and strength for days. And this uneducated criticism is coming from one of the hosts of The Biggest Loser, a reality competition show that fat-shamed its contestants and forced them to lose weight at a speed that is hazardous to their health.

Celebrities like Lizzo are inspirational because they give people something revolutionary: a curvy person who loves themselves. In world that is deeply fatphobic, that is constantly belittling bodies outside a certain size range, it is nearly impossible to feel good in your own skin. Not only do fans see themselves in Lizzo, but they see a pathway towards self-acceptance and self-esteem. These are qualities that slender white women like Michaels take for granted.

And Micheals’ faux concern for Lizzo’s health falls into a classic abuse pattern known as concern trolling. She’s not sincere about wanting Lizzo to be healthy, she’s just looking to shame the singer and women like her.

Many took to Twitter to defend Lizzo and to call out Michaels:

What I was going to say here is that Lizzo has been incredibly important in giving so many of us a possibility model for accepting our bodies as we are and celebrating bodies that are normally ridiculed. Had to restrain myself from defending Lizzo’s honor! https://t.co/UH2k5MulWo

People who have incredibly deep-seated self-hatred and have spun it into a “fitness” empire are particularly inclined to say shit like this. Jillian Michaels has successfully projected her body dysmorphia outwards for years and made a ton of cash off it. https://t.co/ui19darO7J

Just saying… MY WHOLE DAMN THIN FAMILY HAS DIABETES AND HIGH CHOLESTEROL AND PROBLEMS WITH OUR JOINTS. Why is This woman acting like she’s an MRI? Stop concern-trolling fat people and get in the bin. 🚮 https://t.co/2fKVJrkWm3

Jillian Michaels is a wretched woman that tortured my very likable friend on her stupid show, The Biggest Loser. She projected her own self-hatred onto him and everyone else on that show. Guess what? He’s fat again…and much happier than this miserable person. https://t.co/FxJE1PmqWu

Just gonna leave this here for you @JillianMichaels pic.twitter.com/E5b0C4YXNz

Lizzo has yet to comment on this nonsense, because she’s volunteering to help brushfire victims while on tour in Australia.

We had the one and only Lizzo helping us sort and pack hampers in the warehouse today! If you’d like to join Lizzo in supporting the bushfire crisis, visit https://t.co/aDyjFTSsLE 💜 pic.twitter.com/J5Nn0oyyod