Watching Jessie Graff run an American Ninja Warrior course always feels to me to be the entire experience of Wonder Woman condensed into six or so minutes. It’s an incredible display of physical ability; there’s a surge of pride at the underestimated strength of women; there are compelling side characters (Matt Iseman and Akbar Gbajabiamila are the best, most supportive hosts); and I usually cry at some point.

This week, Graff ran the Daytona Beach Finals course, and it was no exception to any of the above. Watch the video and trust that Graff will protect us from Trump’s nuclear winter. Probably with her game-changing splits. Definitely while wearing a kick-ass outfit.

You cannot tell me this woman is not a superhero. Just look at the evidence:

Thanks @theklahutyrova and @christophersupertroy for teaching me this cool new flip kick! And yes, I WAS kicking a giant.

In addition to her physical abilities, her costume game is always on point. 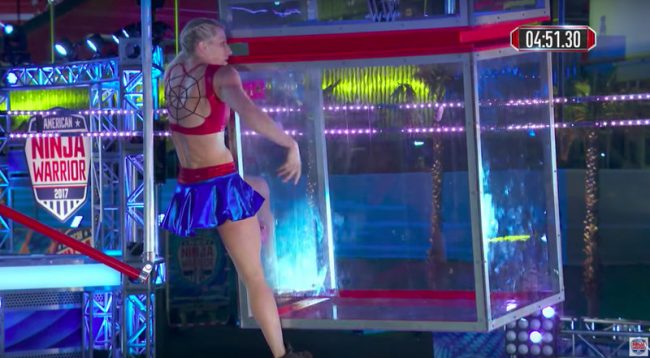 She has a spunky sidekick.

She even has her own merch. 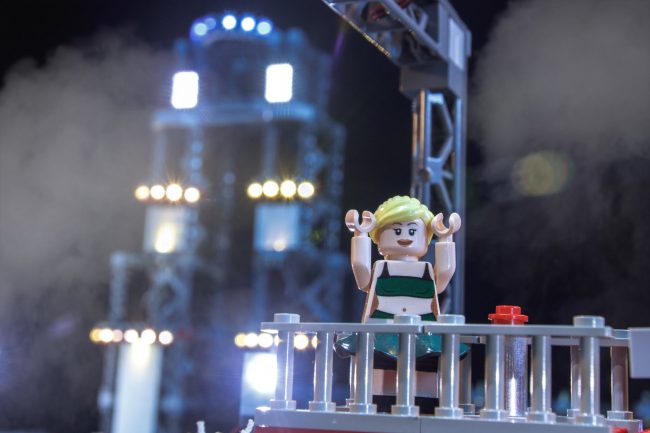 One of the many things I love about Graff is no matter how many times the commentators point out that she’s the first or only woman to do something (which they do a lot), there’s never a “there can only be one” mentality. She is constantly celebrating her woman peers.

She knows that when one woman does well, it opens doors for so many others.

Over five seasons, the number of women placing in the top 30 competitors has increased nine times over. These women are superheroes and they’re opening the door for other women to realize their own incredible, superhuman potential.