INTERVIEW: Jessica Chastain and Oscar Isaac Talk About the Framing Device in Scenes From a Marriage 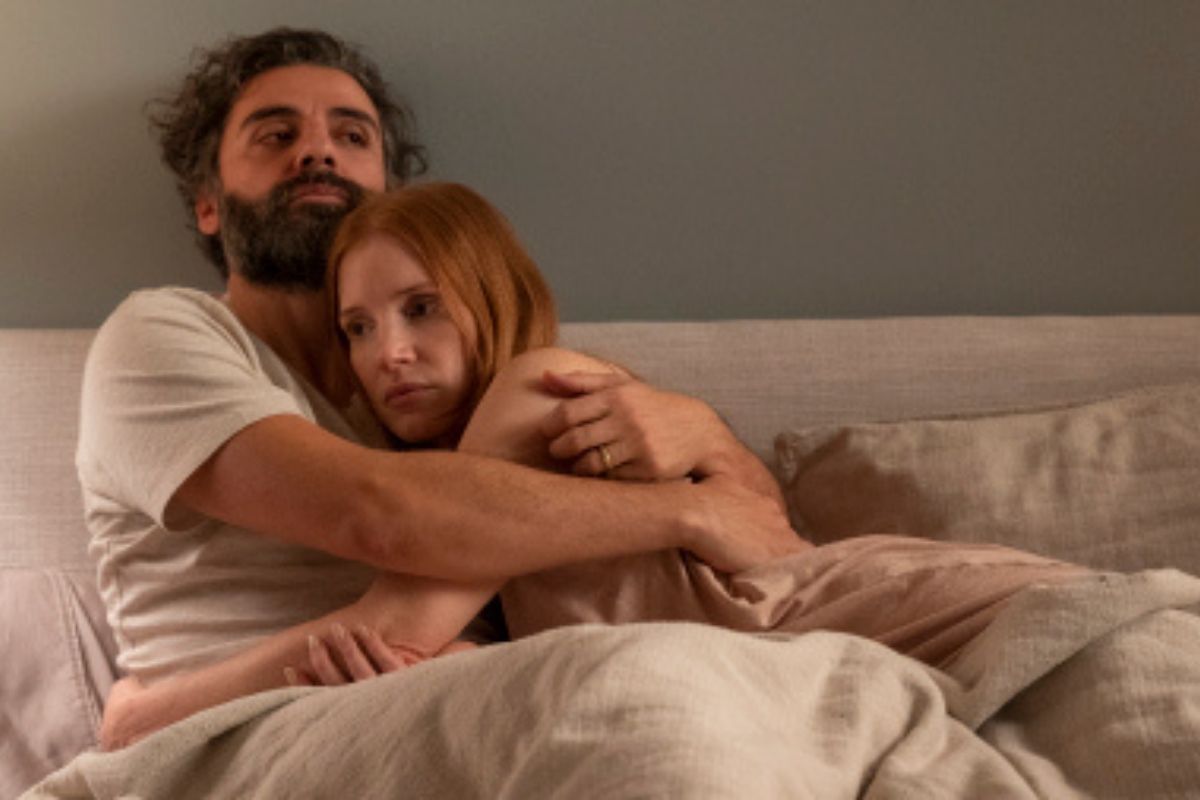 One of my personal favorite things about Scenes From a Marriage is the beautiful way in which the series shows us the literal preparation for each “scene” prior to the start of the episode. The framing device leads us into the story of Mira and Jonathan, played by Jessica Chastain and Oscar Isaac, and shows us how each of these performers prepares.

In preparation for the series, I was lucky enough to join the virtual roundtable for Scenes From a Marriage and spoke with Chastain and Isaac about the device, because it shows how both these performers get ready for their roles. In the first episode, we see Jessica Chastain preparing by listening to music (a tactic I understand from my days at theatre school) and in the second episode, we can hear Oscar Isaac asking about which of the twins he was working with, who play the couple’s daughter on the show.

While it is a brief setup to the bulk of the story, it is still an interesting start to the show that leads us into it all knowing that these are “scenes” into the lives of Mira and Jonathan. Jessica Chastain had this to say of the framing device:

“Well, what’s incredible is that wasn’t in the script. I joined onto this project very late into the process. And the only reason I would ever do that is because of Oscar, to be honest, I knew that was my safe net. Once I joined, it was three days later, we were in rehearsal. And I think, because we have such a similar way of working, we’ve known each other, we’ve been friends for over 20 years. There’s a trust that is stronger than anyone I’ve ever worked with. Hagai [Levi, the director] saw it in our rehearsals, he saw the way that we were working, almost like we were approaching things like one character, like we were telling the story of a relationship. It wasn’t an ego driven in that each person’s fighting for their role.

It was something that we were constantly working in tandem. And when he saw that he brought up to us one day, he said, ‘I really want to show you guys away from… I want to break the fourth wall’ and we were kind of confused with what that meant. And then it was just like, okay, well, let’s try it. And if it’s bad, it won’t go in. But if it’s great, it’ll work. And I’m so glad he tried it. Cause I think it’s… I really think it’s genius and yeah, it, when I watch it, it helps remind me of the work that goes into it, that these were Oscar and Jessica, and these are the scenes of this marriage of Mira and Jonathan. “

And Oscar Isaac brought up an interesting point about how it brings in the audience to it, saying, “Yeah. And I think in some strange thing that somehow pointing out the artifice of it allows you to get even closer to it, you know, because you don’t feel like we’re trying, we’re not trying to sell you anything, you know, it’s like, yeah, this was in the middle of COVID. And this was us trying to figure out how to tell the story about this marriage. And we led you into that. So in a way, it, you know, it allows for even a deeper intimacy ”

Scenes from a Marriage airs on HBO every Sunday and showcases both Jessica Chastain and Oscar Isaac at their finest. It’s an incredible adaptation of the Ingmar Bergman work and well worth the emotional journey it’ll take you on.