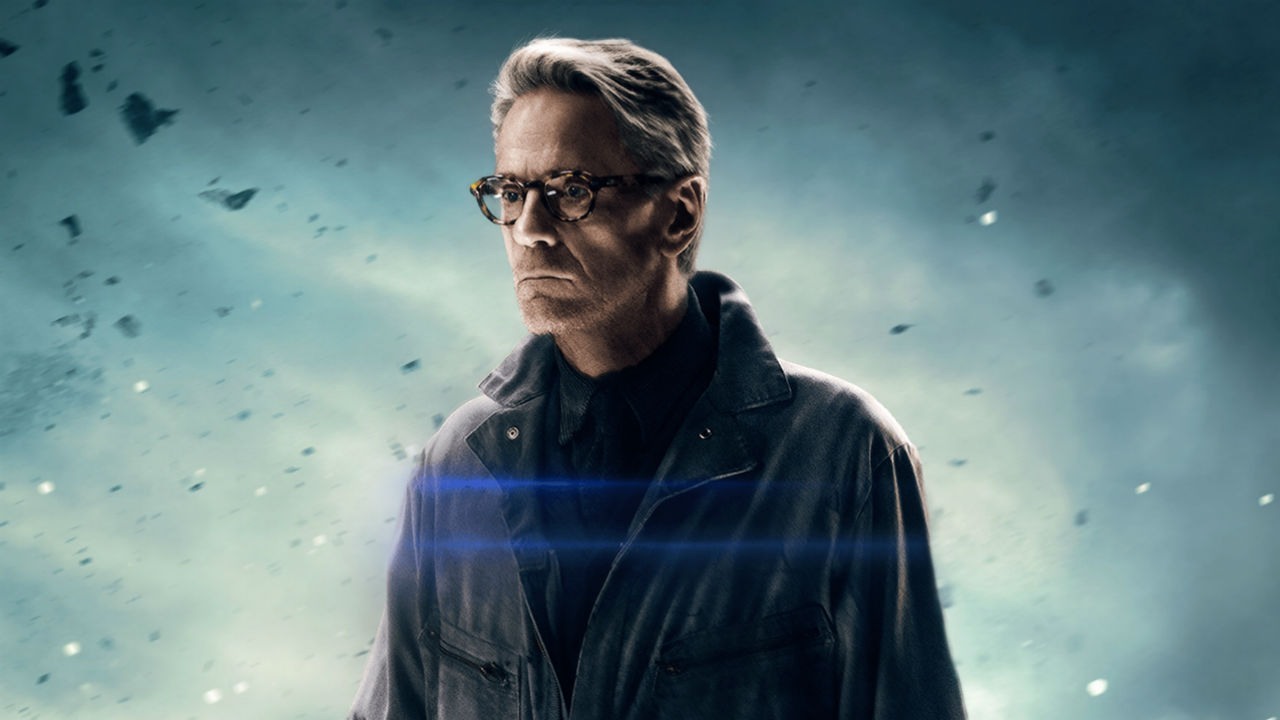 **Spoilers for the original Watchmen.**

It seems as though Jeremy Irons will play Adrian Veidt, a.k.a. Ozymandias, in the upcoming Watchmen series. HBO has been, so far, wise about how it has approached the upcoming adaptation of the famous graphic novel. Rather than do a straight adaptation of the beloved work, they are focusing instead on a reimagining/sequel of the concepts and characters with a modern twist.

“This story will be set in the world its creators painstakingly built…but in the tradition of the work that inspired it, this new story must be original. It has to vibrate with the seismic unpredictability of its own tectonic plates. It must ask new questions and explore the world through a fresh lens. Most importantly, it must be contemporary. The Old Testament was specific to the Eighties of Reagan and Thatcher and Gorbachev. Ours needs to resonate with the frequency of Trump and May and Putin and the horse that he rides around on, shirtless. And speaking of Horsemen, The End of the World is off the table…which means the heroes and villains–as if the two are distinguishable–are playing for different stakes entirely.”

The contemporary lens is important; the original work was incredibly politically relevant, so for the adaptation to survive, it will need to be similarly relevant for modern audiences. I admire the fact that they’re bringing in this particular character from the original work, as he could have chilling political relevance to a modernized narrative.

For those who need a refresher, Veidt was the villain of the piece, who, in the comics, staged a fake alien invasion that killed thousands of people, in order to unite the world against a common threat to prevent nuclear war. In the end, most of the surviving heroes are left to guard Veidt’s secret, as to not once again open the door to nuclear armageddon. When we last see Veidt, he is left alone to look upon his works and despair, in a callback to his heroic alter ego’s namesake.

Irons as Veidt all but confirms that the series will be a sequel of some sorts to the original text. The world HBO will bring to life will have spent thirty years dealing with the fallout of Veidt’s decision; the stakes might not be as great, but they could be even more soul-crushing. Given that we have no idea how Veidt reacted to any guilt he might have felt, we only have the vaguest idea of what Irons’ interpretation will be, based on the original character description for his role, which said he was an “aging and imperious lord of a British manor.”

Rumors abounded early in filming that Veidt would die in the early episodes, as evidenced by set photos of a newspaper addressing his death. It could be possible that Veidt is the new Edward Blake; his death sparks the plot, but he still plays a large role in the present via flashbacks. The plot would be familiar, but remixed enough so that it wouldn’t be just a retread of the same story beats.

Veidt’s role in the past could also be a bit more actively nefarious than Blake’s mindless embodiment of white American male cruelty and hatred. If the world finds itself troubled by a plague of political escalation and rising fascism, Veidt could once more plot a scheme to reach world peace.

Whether he is seeking redemption or represents a violent, uncaring past would be a mystery depending on the perspective of the characters. He could puppet master his way through a season of being dead and buried via flashbacks, which would be a decent mystery box for Lindelof to play with.

Veidt’s death (and potential plans) could also represent a powerful shift for the characters. Veidt operates at the perfect axis of privilege; while a queer reading works for the character, as far as I know, he is not canonically gay in any materials. The death of Veidt, and his continued manipulation, could be an interesting commentary on how old white men are content to sacrifice lives and force the world to mold to their shape.

A season finale in which the heroes, and even villains, are freed from his manipulation could be portrayed as a depiction of generational change and political upheaval.

Overall, I’m even more excited for this project with the potential of Veidt’s role. Irons plays villainous well, and it’ll be exciting to see him tackle an older version of one of comics’ most complex villains. Whether he will remain a villain or seek absolution remains to be seen.