Basically the direct opposite of how we felt about the trailer. 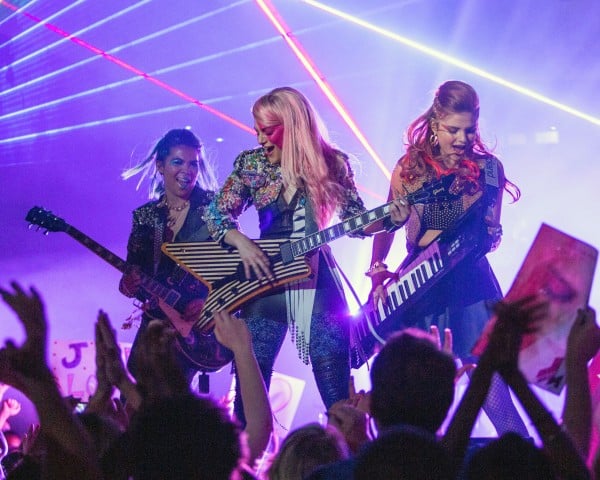 We, along with pretty much the entire Internet, found the Jem and the Holograms trailer truly outrageous—and not in a good way. The film’s star, Stefanie Scott, already came to the defense of the trailer, and now producer Jason Blum has weighed in, asking us to reserve judgment until we see the final product.

Speaking to Topless Robot, Blum indicated that the trailer might be a bit misleading, and that the actual film is much closer to the spirit of the source material. He explained of the full movie,

Well, he’s definitely got one thing right—our expectations are certainly low. If that was the trailer’s goal, mission accomplished.

He also addressed the theory that what seemed like big changes in the trailer were because the movie will serve as sort of a prequel to the animated version, which sounded in-line with Scott’s comments, by completely shooting it down: “That is a theory. It isn’t correct. [Laughs.]”

But with Scott saying,

You can’t put it all in the same movie, and I feel like it really does set it up in a cool way. I think a lot of the things that people think are missing are in there.

…I think it really needed to set up the story before we could get into everything.

It sure does sound like the theory is on the right track. Maybe it’s not exactly a prequel, or maybe we won’t have to wait for a sequel to see the Misfits or Synergy, Jem’s hologram-projecting computer, which was a stipulation of the specific theory Blum’s statement shot down. Either way, we’re still nervous that if a trailer misses the mark by so much, the movie won’t be far behind—in which case, Blum will be willing to listen to any and all criticism:

I would just ask people to reserve judgment until they’ve seen the movie. I don’t judge a book by reading the book cover, and I just would ask people, don’t judge the movie by seeing the trailer. But if after they see the movie, they don’t like it? They can scream from the rooftops.

And so we will.

Jem and the HologramsStefanie Scott