Haters Gonna Hate, but Jem and the Holograms Is Not a Bad Movie 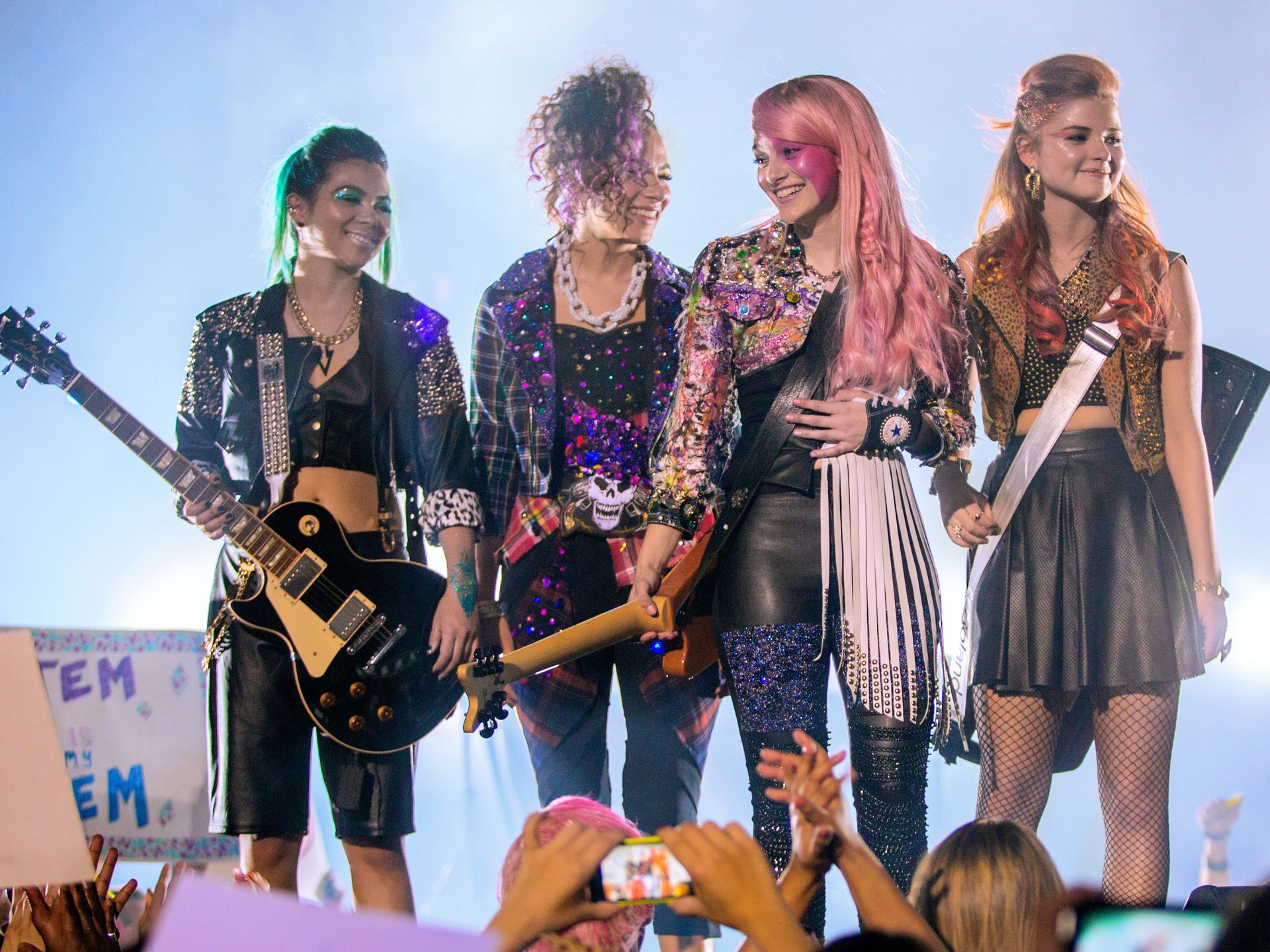 I can’t think of another movie in recent memory that has been so widely panned before its release than Jem and the Holograms. Fans who grew up with Jem and the gang rightly said that the new movies’ trailer lacked all of the cartoon’s trademark outrageousness, and the younger age group the movie is arguably marketed towards seemed witheringly apathetic about its upcoming release. Given that, I expect Jem and the Holograms is really going to stink up the box office this weekend. But it did not stink up my heart.

Jem and the Holograms stars Aubrey Peeples as Jerrica (or is she Jem? Who are any of us, anyway??? Life is short and then you die!), who lives with her sisters Kimber (Stefanie Scott), Shana (Aurora Perrineau), and Aja (Hayley Kiyoko), and her aunt (Molly Ringwald, still the best). The set up is essentially the same as the cartoon, but with the major addition of the Internet. Jem and the Holograms is obsessed with the Internet and how kids these days use it, an obsession that’s at first grating and condescending, but that evolves into a surprisingly touching celebration of the way young women from around the world use social media to meaningfully connect.

Many of the movie’s emotional moments are underscored by Youtube videos, rather than a traditional soundtrack, and although that felt too “hello fellow kids” to me most of the time, it was fun to see some of my favorite Youtube peeps have a cameo (the cameos in this movie are all awesome, actually), and I was pleasantly surprised by the respect Jem and the Holograms showed the “Internet generation” and the female fandoms the Internet has helped strengthen.

As for the movie’s rumored dearth of outrageousness, I don’t really know why I was concerned. Jem is the story of rock stars with secret identities who pal around with a hologram-projecting droid named Synergy. With a premise like that, it’s kind of impossible for Jem to not be outrageous, even thought the movie tries to be a little more down-to-earth than its source material.

Again, that’s not to say Jem is a great movie–it’s corny, it’s full of inconsistencies, and it’s a transparent shill for Pop Chips (there are Pop Chips everywhere!), but goddamn it, I liked it. The stars are talented enough to carry the script’s many incomprehensible moments, I appreciated the messages about friendship and familial love, and I liked that the romantic subplot was both brief and positive–Jem (or Jerrica? TIME IS A FLAT CIRCLE!)’s love interest is consistently supportive of her and never threatened by her success.

In the grand tradition of Josie and the Pussycats (or Spice World, to a lesser degree), Jem and the Holograms is a satisfyingly goofy, girl-power band movie that’s totally unembarrassed by its own ridiculousness. I laughed, I was frequently genuinely moved, and I haven’t stopped listening to that stupid “Young Blood” song since. Take yourself, take a child, take the Pop Chip enthusiast in your life. Jem and the Holograms is actually alright.