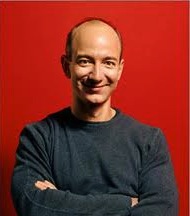 Amazon doesn’t preannounce products or services, so this recent nondenial from CEO Jeff Bezos is probably as close to the real thing we’re going to get on a confirmation that Amazon will launch its own proprietary tablet.

Speaking to Consumer Reports, Bezos reportedly “signaled that any such device, should it come, is more likely to supplement than to supplant the Kindle, which he calls Amazon’s ‘purpose-built e-reading device'”:

“We will always be very mindful that we will want a dedicated reading device,” he said. “In terms of any other product introductions, I shouldn’t answer.”

While the Kindle remains the dominant e-reader on the market, the iPad has been slowly encroaching upon its turf, and with the Barnes & Noble Nook Color increasingly capable of behaving like a proper Android tablet, industry watchers have expected Amazon to make the leap into the tablet space sometime this year or next.