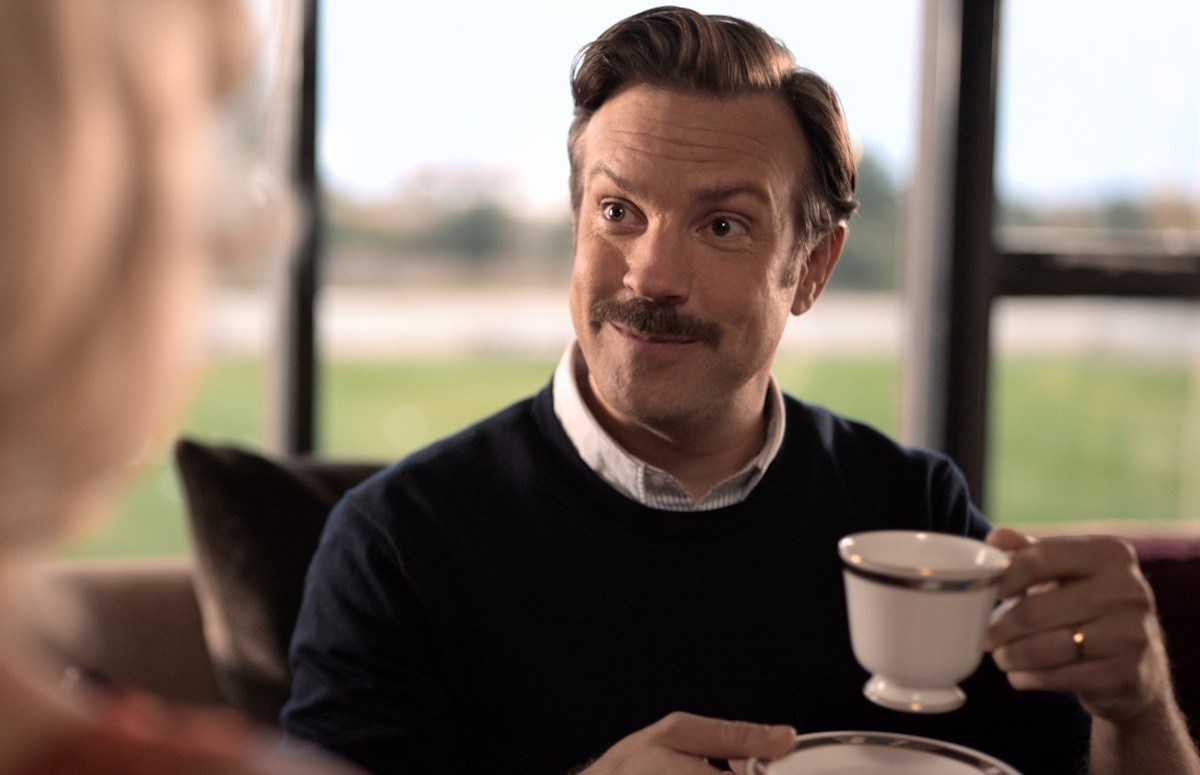 Ted Lasso is one of the only reasons I haven’t completely lost my mind during quarantine, and I know I’m not alone in that sentiment. A wonderfully humble show about a football coach turned … well, football coach (but the other kind of football), the show is a beautiful look at characters that had so many of us smiling through our tears. Starring Jason Sudeikis, it was a surprise smash hit of 2020, and so it isn’t surprising that it was nominated for quite a few Golden Globes.

What was surprising was Jason Sudeikis just rolling up in a sweatshirt and not really caring. In his defense, he was in England, and the broadcast was happening in the United States, so by the time it got to his category, it was well into the early hours of the morning. On top of that, we’re in quarantine, so why wouldn’t Jason Sudeikis come to the Golden Globes in a tie-dye hoodie?

To be quite honest, this is the energy I wanted the Globes to have. Sudeikis, Jodie Foster, and Nomadland director Chloé Zhao all came in comfy clothes, and it was the highlight of the “fashion” for me. We’re all trapped inside. I don’t want to see you in a Valentino gown. I want to see some sweaters, and maybe you did your make-up and/or brushed your hair. It’s been a year.

But more than that, it was just Sudeikis’ entire vibe that had the internet cheering for him. It was late, he was tired, and he’s clearly had quite the 2020. So when it came down to him going to the Golden Globes, he chose to be comfy and just have fun on this Zoom call set up they were doing for the ceremony.

Sudeikis was also part of a trio of men who clearly did not care about this and was told to get on Zoom, and I respect it.

jason sudeikis, jeff daniels, and bill marry: the holy trinity of not caring to dress up for the #GoldenGlobes pic.twitter.com/zKBAwYamy5

Jason Sudeikis in a tie dye hoodie on zoom is a whole pandemic vibe. #GoldenGlobes pic.twitter.com/Ggc0QflCK0

May we all live our best Jason Sudeikis/Chloé Zhao/Jodie Foster quarantine vibes.