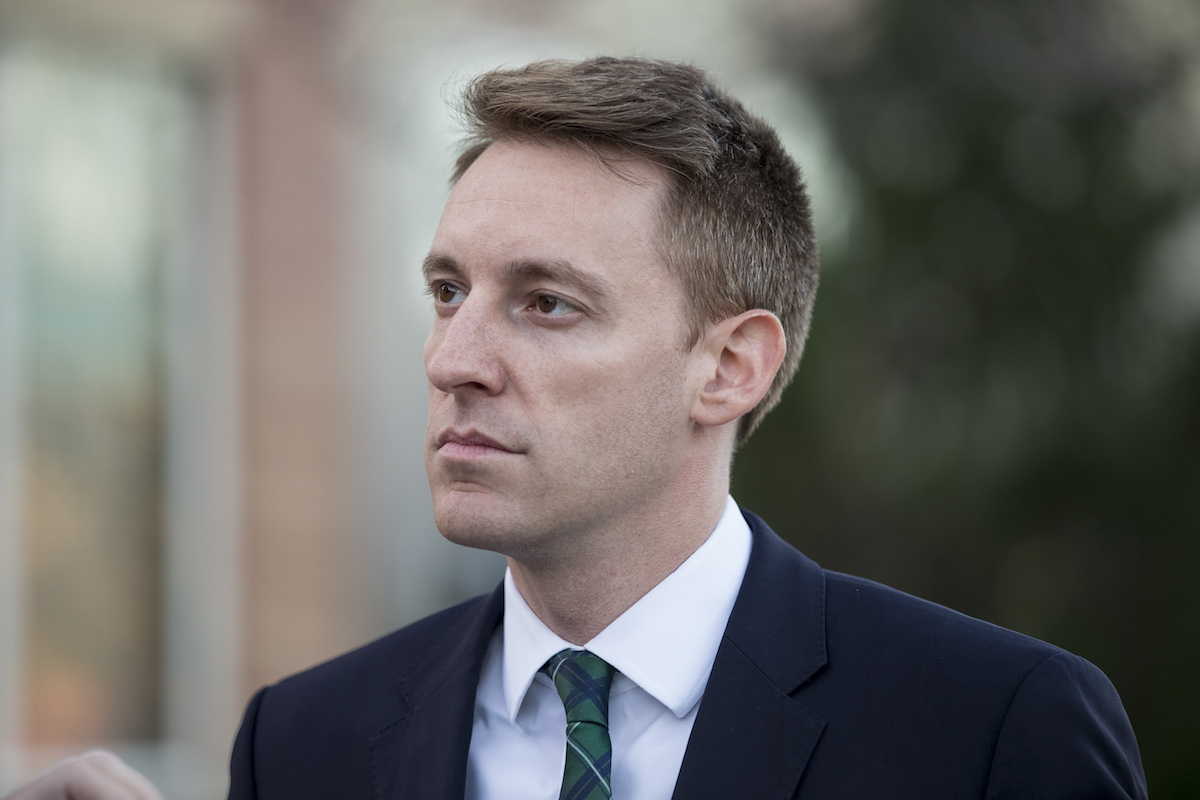 If you don’t already know Jason Kander’s name, you would have soon. He was the first millennial to be elected to statewide office when he became Missouri’s Secretary of State in 2013. In 2017, he just narrowly lost a Senate race against hardcore Republican incumbent Roy Blunt. He’s the president of Let America Vote, an organization fighting to end voter suppression across the country.

He hosts Majority 54, a podcast under the Crooked Media (Pod Save America) umbrella. When Barack Obama was asked who he saw as the future of the Democratic Party, he named Kander. Despite his young age (37), he was seen as a potential frontrunner for the 2020 presidential election.

Instead, he announced in June that he would be focusing local and running for Mayor of his hometown of Kansas City. The race was all but over the day he made that announcement. One former frontrunner dropped out. Kander was going to be mayor, there was little question.

I should note this is also personal for me. My husband produced the last season of Majority 54 and I’m lucky enough to call Jason and his family my friends.

Yesterday, Jason Kander took everyone by surprise by announcing he was withdrawing from the race to deal with his depression and PTSD.

After 9/11, Kander enlisted in the Army National Guard. After he got his law degree from Georgetown, he signed up for a tour in Afghanistan as an intelligence officer. You might remember his viral ad from his Senate campaign where he assembled a rifle blindfolded to challenge the idea that Democrats don’t know enough about guns to call for gun control.

In a powerful letter published on his website and social media pages, Kander wrote yesterday that he first sought help from the VA four months ago, about 11 years after his tour in Afghanistan. Still, he told himself he couldn’t have PTSD “because I didn’t earn it,” because others served longer than he did or were in more danger.

At the VA, he “left boxes unchecked – too scared to acknowledge my true symptoms. I knew I needed help and yet I still stopped short. I was afraid of the stigma. I was thinking about what it could mean for my political future if someone found out.”

“That was stupid,” he writes, “and things have gotten even worse since.”

He also challenged the idea that mental health has a direct correlation to how well things are going in your daily life:

By all objective measures, things have been going well for me the past few months. My first book became a New York Times Bestseller in August. Let America Vote has been incredibly effective, knocking on hundreds of thousands of doors and making hundreds of thousands of phone calls. I know that our work is making a big difference. And last Tuesday, I found out that we were going to raise more money than any Kansas City mayoral campaign ever has in a single quarter. But instead of celebrating that accomplishment, I found myself on the phone with the VA’s Veterans Crisis Line, tearfully conceding that, yes, I have had suicidal thoughts. And it wasn’t the first time.

I’m done hiding this from myself and from the world. When I wrote in my book that I was lucky to not have PTSD, I was just trying to convince myself. And I wasn’t sharing the full picture. I still have nightmares. I am depressed.

“So after 11 years of trying to outrun depression and PTSD symptoms, I have finally concluded that it’s faster than me. That I have to stop running, turn around, and confront it.” He says he’s grateful for all the support he’s gotten since he announced his mayoral candidacy, “But I can’t work on myself and run a campaign the way I want to at the same time, so I’m choosing to work on my depression.”

It’s an incredibly courageous thing for anyone to be this honest about mental illness. For someone like Jason–who works to be a leader, who might one day be president–the risk of doing so is no small thing. But the only way to fight the stigmatization of mental illness is talk about it. He writes,

Having made the decision not to run for mayor, my next question was whether I would be public about the reason why. I decided to be public for two reasons: First, I think being honest will help me through this. And second, I hope it helps veterans and everyone else across the country working through mental health issues realize that you don’t have to try to solve it on your own. Most people probably didn’t see me as someone that could be depressed and have had PTSD symptoms for over decade, but I am and I have. If you’re struggling with something similar, it’s OK. That doesn’t make you less of a person.

I wish I would have sought help sooner, so if me going public with my struggle makes just one person seek assistance, doing this publicly is worth it to me. The VA Crisis Line is 1-800-273-8255, and non-veterans can use that number as well.

Jason has a saying that he uses, encouraging people to “grab an oar,” meaning we all have our roles to play in steering the ship of democracy, of life.

I’ll close by saying this isn’t goodbye. Once I work through my mental health challenges, I fully intend to be working shoulder to shoulder with all of you again. But I’m passing my oar to you for a bit. I hope you’ll grab it and fight like hell to make this country the place we know it can be.

You can read the full letter on his website. I also highly recommend his book, which he mentioned, Outside the Wire.