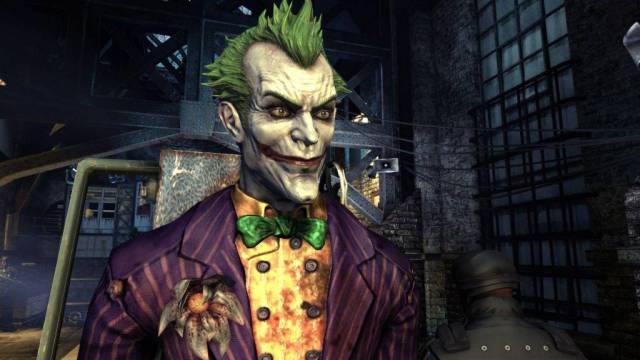 Anyone who thinks the next film incarnation of the Joker will be a disaster, take heart: Jared Leto’s right there with you. Kind of.

Of course, he means that in only the best way. In a Billboard interview, Leto shared his thoughts on undertaking the role of the Joker—which comes with massive, appropriately clown-sized shoes to fill—in Suicide Squad, saying,

The opportunity to take on this nearly Shakespearean character—that’s what graphic novels and comic books are becoming, right? [He’s] this beautiful disaster of a character—what a big challenge.

In addition, Leto will probably be a leaner, more cartoonish Joker—at least in terms of appearance—than Heath Ledger, but he mentioned he’s still trying to bulk up a bit for the role. Aside from who’s playing which character, we still don’t know much about the Suicide Squad movie ahead of its August 5, 2016 opening date, and Leto’s predictably not giving us a lot to go on.

Still, I’m looking forward to what he does with the part. As many, many have said before me, I remember all too well what the reaction was like to Heath Ledger playing the Joker and how that turned out, so I’ve got a pretty open mind for Leto’s take on the character—especially if they go with a more Batman: The Animated Series/Arkham Asylum route with it. I’d love a Mark Hamill-esque Joker on the big screen, so I hope DC’s gritty film universe will allow it.

How does everyone else feel about Leto’s summary of the character?