Japanese Government Workers Being Forced to Admit Having Tattoos 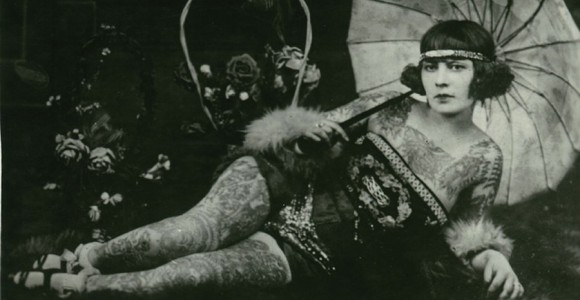 While it’s not exactly nationwide, and, therefore, not yet what could be considered a “growing trend” in Japan, the mayor of Osaka recently mandated that all city employees — officials, teachers, etc. — admit to having tattoos, whether they are visible or not, as well as how long they’ve had them. Why? Because of the children. Uhhhh… What’s this now?

Following the dastardly revelation that a welfare worker had a tattoo on his shoulder when he wore a short-sleeved shirt to work one day, Mayor Toru Hashimoto required all of Osaka’s public employees to take a mandatory survey and disclose any ink they might be sporting and when they got it. That aforementioned employee apparently made his co-workers “uncomfortable” because he works with so many families and children. And I guess those co-workers believe that either the children will catch some sort of contagious ink and break out in dragons, or they’re assuming that some tattooed employees are members of the yakuza.

So, what is to become of these tattooed civil servants? They might be up for a demotion. Or, they will have to stop working with the public if their tattoos are visible. And the teachers with visible tattoos? Oh, they’ve been asked to have their tattoos removed.

By the local government.

“[The teachers] plan to remove the tattoos, so they don’t embarrass themselves further in front of their students,” Hashimoto said. “I hope they can refocus on teaching.”

Right, because I don’t know about you other tattooed persons, but I can’t help but stare at my own tattoos all day long. It’s really distracting for myself and others.

Uh, maybe they don’t realize that tattoo removal doesn’t involve a little bit of nail polish remover and a loofah. It’s a very expensive and painful process, and laser removal doesn’t even guarantee that the ink will fully disappear. While it’s understandable for the city to ask its employees to cover their ink (it’s an employer’s prerogative to present themselves as they please, and asking employees to appear a certain way is definitely nothing new; many jobs don’t allow visible tattoos), asking them to remove them is, to say the least, a lot to ask. That’s a medical procedure. Cosmetic, of course, but you can’t take off tattoos at home.

Then again, Mayor Hashimoto isn’t known for being sympathetic. A “conservative populist,” he has faced a lot of criticism for how he has approached governing Japan’s third-largest city. Maybe because a lot of people are comparing him to our own country’s Tea Party activists:

The telegenic Osaka mayor wants wholesale changes to Japan’s sleepy status quo. He would like to transfer power from Tokyo to a collection of new regional fiefdoms, bigger than the existing prefectures, that would collect taxes and make streamlined decisions. …

“It will be a creative destruction,” Hashimoto said, describing his vision for reform in a television appearance this year. “Dismantle everything and start from scratch.”

“Dismantle everything and start from scratch” — including his own employees.