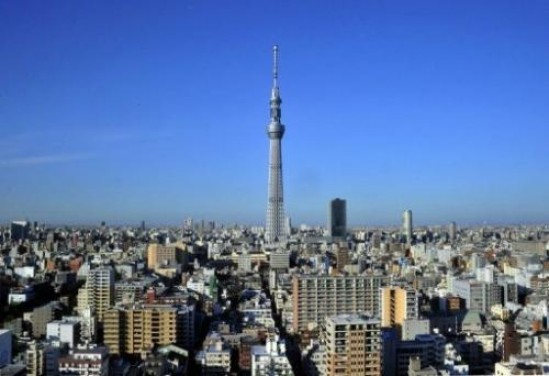 Japan has finished construction of the Sky Tree, the world’s tallest communications tower, and second tallest building. The project completed yesterday, two months later than initially planned, due to the tsunami and earthquake that hit Japan last year. The tower, which began construction in July of 2008, stands 634 meters, or 2,080 feet tall, and trails behind only the 828 meter tall Burj Khalifa in Dubai. The tower cost nearly a billion bucks — $806 million — to complete, and 580,000 workers participated in its construction. The Sky tree has two observation decks, one at 350 meters up and another at 450 meters up, restaurants, as well as some office spaces. We’re coming for you, aliens. Building by building.