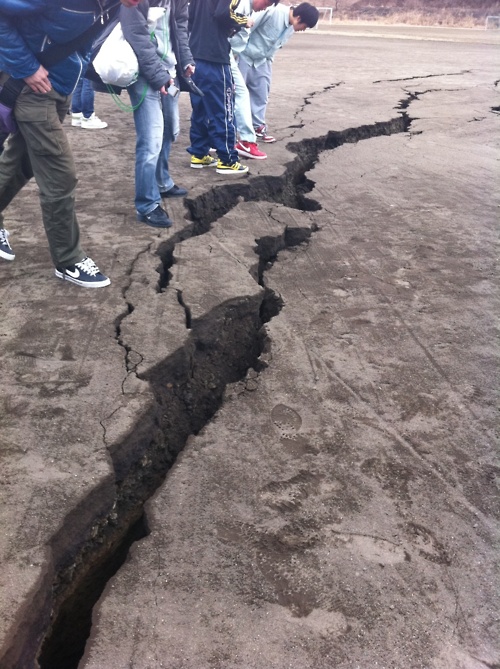 At 2:46pm local time, there was an 8.9 magnitude earthquake off the northeast coast of Japan, the biggest to hit Japan in 140 years and the fifth largest earthquake detected worldwide since 1900. The earthquake has triggered tsunamis, first hitting cities on Japan’s coast, but as of posting, tsunami waves have hit the shore of Hawaii, and evacuations of coastal cities in California, The Phillipines, and Chile remain a possibility. Japan has declared a nuclear emergency, as the cooling system of a nuclear plant in Onagawa failed following the earthquake. At least 60 people have died in the aftermath of the quake, and the death toll is expected to rise. Our sister site Mediaite has gathered up a few videos of the earthquake as captured by CCTV.

In times like these, the ability of journalists and observers on the ground to do anything to impact the situation is frustratingly limited, but up-to-the-minute information is at least available to people in areas bracing for possible tsunamis later today and to concerned observers worldwide. Here are a few of the news sources we’re following:

*If you use Twitter and follow a diverse set of news sources, you’ll likely be getting a lot of information as it happens; thus far this morning BreakingNews and NPR’s Andy Carvin have provided some of the best live coverage. Hashtags like #HItsunami allow you to filter information about news from a given region, in that case, Hawaii.

*Reddit remains a good source of crowdsourced news: If you’re just catching up on what has happened, this thread contains a lot of news, particularly these two posts; the /r/worldnews subreddit also has (slightly slower) information.

*Liveblogs and livestreams from news organizations: