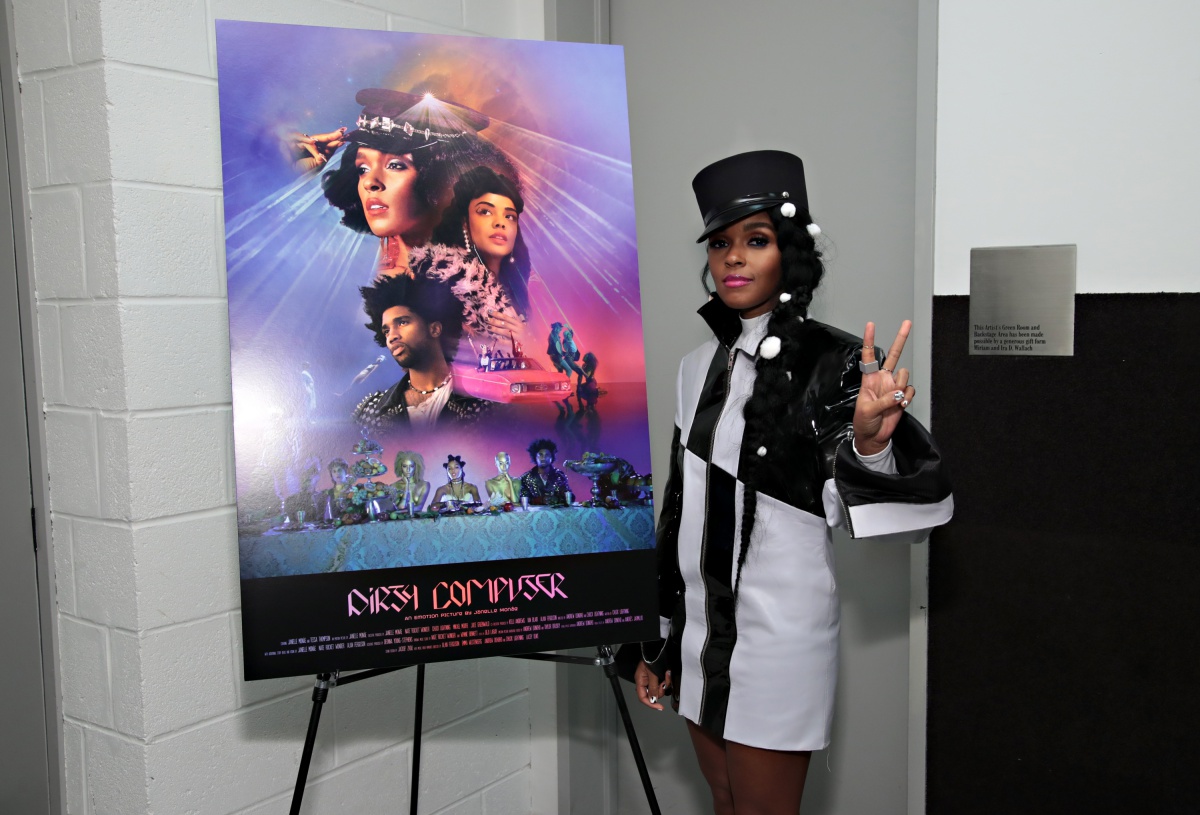 It has been a fun year for LGBTQ music thus far. Between Harry Styles performing the song “Medicine,” embracing a label-free fluid sexuality, Hayley Kiyoko releasing her debut album “Expectations” which is filled of lesbian love songs and today, on #LesbianVisibilityDay, Janelle Monáe officially coming out as “a queer black woman in America — someone who has been in relationships with both men and women —free-ass motherfucker” in Rolling Stone.

Six years ago when I fell in love with a woman, it was a mixture of panic and delight. Being bisexual made sense to me. It was the label, the phrase that fit who I was, while now in my mid-20s I know that “pansexual” would probably be the more apt term to encompass the full breadth of my sexual orientation. But being bisexual is the label I choose for myself. It was the first time I understood my attraction to both men and women and felt free of confusion.

Then came reaching out to try and find media that properly addressed my existence as a black woman, who was a nerd/afro-punk-lite type and also loved people regardless of gender and sexual orientation. Janelle Monáe gives me that. That sense of belonging. That sense of validity that you get from seeing someone you admire and aspire say I see you, you are not alone.

Despite knowing that there are tons of black bisexual/pansexual nerds out there, it always seems like that collective solidarity is missing. In the biggest black shows on right now black-ish, Atlanta, Insecure, and Dear White People, none of the lead black women are bisexual or lesbians. She’s Gotta Have It does have a pansexual lead character in Nola Darling but her relationship with Opal is very problematic and most of the time we spend on her romantic life is around three really bland dudes.

Black queer women have always been at the forefront of black movements, women’s movements, and working to create a space for themselves out of the multiple parts of their identity. To live at the intersection of race, gender and sexuality often means fighting two battles at a time within either space. It means finding out how to live as one person with multiple facets until eventually, you come through that journey whole and realizing that labels, while they may help you, they do not define. They are only a guidebook, but you have to take the path yourself.

People have long questioned Janelle Monáe’s sexuality and while I have never felt the need to–I always felt that she was queer in some way–her coming out fills me with this sense of kinship that is both foolish, seeing as how I have never met Janelle Monáe (fingers crossed), and uplifting because spiritually, that is my sister. She has laid the foundation for all our other queer black sisters to know they can come forward. In their own time. Within their own space. And with their own voice.

#DirtyComputer, Janelle Monáe’s latest album is coming out tomorrow and I’m waiting for 12 am to strike so my pre-order will be complete and I can enjoy the queer masterpiece that is about to enter my ears. I will also be dropping all the money to see her on tour because I am a Dirty Computer and I’m fucking proud of it.