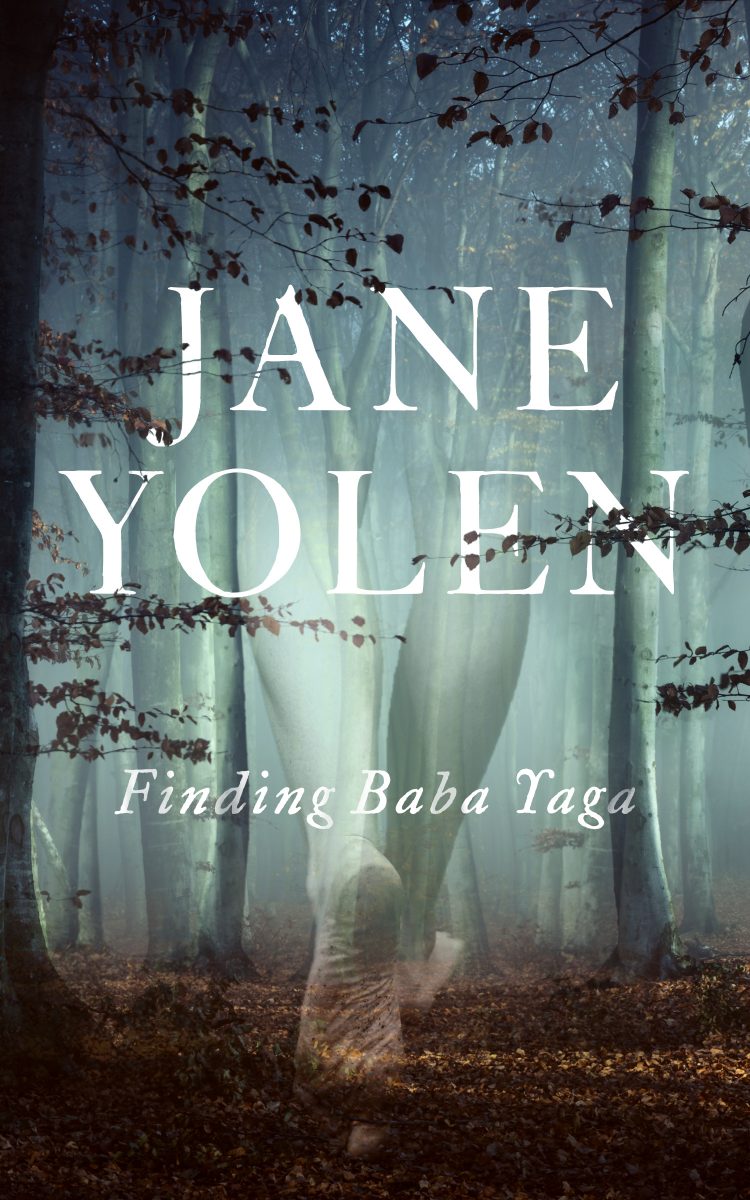 The legendary writer Jane Yolen is taking on witchy Slavic legend in the upcoming Finding Baba Yaga. The novella will be published this year, which will see Yolen’s 365th publication—a mind-boggling number to those of us who dream of writing books. Yolen told The Mary Sue about the process of bringing Baba Yaga, her “culture hero,” to the page.

Yolen has won shelffuls of awards, including the Nebula, Caldecott, and World Fantasy. Known for her fantasy, science fiction, and children’s books, it was Yolen’s renditions of folktales from around the world that first drew me to her writing. It’s exciting to see her doing a deep dive into a folkloric figure who looms large as a ferocious, uncompromising, and highly gifted woman (who eats naughty boys). From Yolen:

Baba Yaga is my culture hero—the strongest and greatest witch in the world. She makes her own way, is both anarchic and eternal, has transportation that runs on pure energy which has the added value of not destroying the earth, and she always says what she thinks. How could you not admire her?

I first learned about Baba Yaga as a ballet kid in the 1940s, one of those New York City girls studying at Balanchine’s school of ballet. Maria Tallchief was my ballerina crush and she once hung her practice tutu on my locker! She was the world’s greatest dancer at the time, and her most iconic role was Firebird.

Being a bookish kid, from a Russian Jewish background, I wanted to find out more about Firebird—and there she was, on the pages of some long-forgotten book in my parents’ library, along with the other two famous Russian folklore characters—Kotschai the Deathless, and Baba Yaga.

So from the time I was about eight years old, I wanted to be Baba Yaga, gnashing my iron teeth. Riding in a mortar steered by a pestle. Living in a little house that walked about on chicken feet. Well, since I couldn’t, I wrote about her when I got older—in a picture book called “The Flying Witch,” in a short story called “Boris Chernevsky’s Hands,” in a graphic novel called “Curses, Foiled Again,” and in a novel written with Midori Snyder, Except the Queen. Except. . .Midori claimed the Baba as her character before I could do so, so I invented three black witch sisters living in Harlem to make up for my loss.

All the while, I was writing poetry about Baba Yaga and one day I realized I had almost enough for a possible collection, but there was a story beating inside me that pulled all the poems together, and insisted on being told. And so my first ever verse novel was born. It took possibly four years in the writing, and four more in the selling, but when my editor at Tor, Susan Chang said: “I don’t actually like poetry and I couldn’t stop reading this mss.” I thought: maybe this will actually become a book some day!

And as if I were the Baba herself, my prophecy has come true!

Yolen’s Finding Baba Yaga is a story in verse about a teenage runaway who finds herself drawn into the world of the mythical Slavic witch, as she sets out to make her own fate, “a theme that has never been more timely than it is now.” Available worldwide from Tor.com Publishing on October 30th, 2018, you can preorder Finding Baba Yaga here.

Take a look at the excerpted forward below, and if you’re new to Yolen’s fantastical words and worlds, I have good news—you can read a book of hers every day for a whole year and never run out.

—The Mary Sue has a strict comment policy that forbids, but is not limited to, personal insults toward anyone, hate speech, and trolling. If you purchase something through our links, The Mary Sue may earn an affiliate commission. —