Bad Girls Do It Well: How I Learned to Love Jane the Virgin‘s Villainous Petra 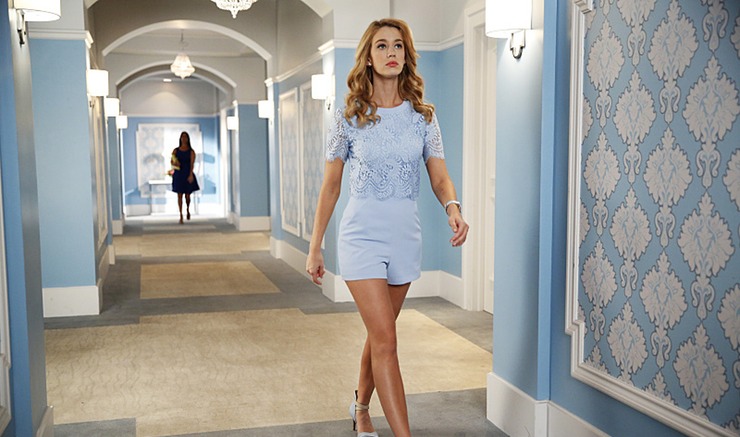 Spoiler warning is in effect for seasons 1 to 3 of Jane the Virgin.

Like many viewers, when I started watching Jane the Virgin (an adaptation of the Venezuelan telenovela Juana la Virgen), I deeply disliked Jane Villanueva’s nemesis Petra Solano. Whenever things were going right for Jane, Petra was readily lurking in the shadows waiting to wreak havoc. Which is why I was so surprised when, while watching the season three premiere last week, I found myself rooting for Petra to make a comeback after being poisoned (again) by her twin sister.

Given the writers’ intentions to make Petra a complex character, perhaps I shouldn’t have been so shocked. In a 2015 interview with Time, actress Yael Grobglas and showrunner Jennie Snyder Urman discussed Petra’s complexity as a “lovable villain.” Urman wasn’t interested in writing yet another one-dimensional female villain, she said. The complexity of Petra’s villainous character left fans torn between loving and hating her—or both. “I was expecting so many hate tweets, but all I’ve gotten was, ‘She’s so evil, but I really like her and don’t know why!’” Grobglas added.

As the show reveals Petra’s backstory, the villain achieves the impossible for most unlikable women in pop culture: she’s humanized while maintaining her villain status. We learn about how Petra escaped a toxic marriage, and of her climb from poverty. We also see more of the twisted dynamic between Petra and her mother Magda, who uses her daughter as a puppet for her evil ploys.

One could argue the writers delved into Petra’s backstory to make her a more palatable female villain. It’s true that this is a sexist double standard, one which most unlikable male characters never need to face. But Petra doesn’t necessarily become likable as the complexity of her life is revealed. Instead, her character becomes more believable and dimensional, two traits which “bad” women in pop culture are seldom afforded. 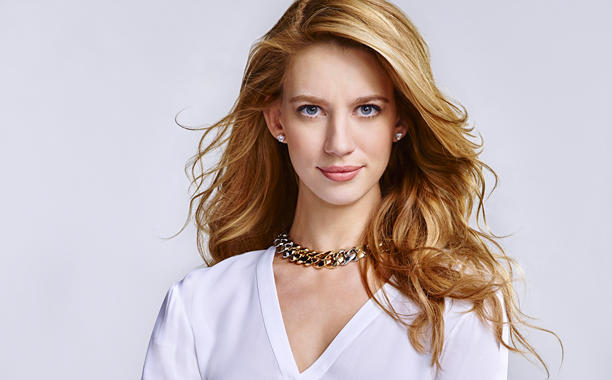 That the villains of Jane the Virgin happen to be women is refreshing: in a culture which teaches young girls to be good like Jane, most of Jane the Virgin‘s women are deliciously villainous. The show’s central villain and criminal is a woman named Rose, AKA Sin Rostro; Magda is a shameless criminal; Petra’s twin sister Anezka poisons Petra in order to take over her life.

Although most of the show’s women defy the sexist notion that female characters must be likable, Jane struggles to untether herself from her good-girl image. For most of season one, she’s a (pregnant) virgin, the ultimate symbol of classical purity. An entire episode is dedicated to Jane’s need to be liked by everyone, whether it’s by her future parents-in-law or by her feminist writing professor.

Jane’s need to be liked and to do the perceived “right thing” is, of course, a gendered character flaw. Few men on TV (or in film and literature, for that matter) feel the need to be liked despite major flaws. And even fewer contemporary shows are lead by the likes of Petra—with the exception of How to Get Away With Murder, UnREAL, Scream Queens and Gossip Girl—where women deviate from the good girl/bad girl dichotomy. Petra breaks through into a more fleshed-out, grey area where complex female villains exist. 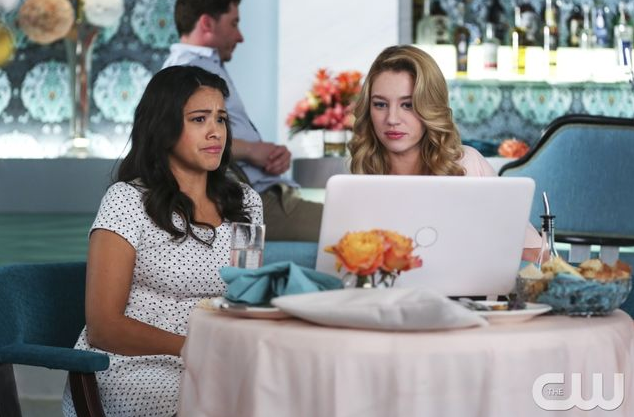 But for a show full of dramatic twists and turns, the biggest surprise occurred in season two: Jane and Petra shocked viewers (and themselves) by becoming friends. Despite a culture that pits women against each other, measuring them by their likability, Jane and Petra slowly worked through their complicated relationship, blurring the lines between the good/bad girl trope. Jane challenges her assumptions of Petra, and vice versa. They end up helping each other during difficult times.

Love or hate Petra, it’s hard to deny her character growth. While it’s easy and justified to like the idealistic Jane, I believe Petra deserves more credit than she receives. She may be unlikable, but at least she’s real.

images via The CW

Nadya Sarah Domingo is the reviews editor at This Magazine. Her writing has appeared in The Establishment, Torontoist, and Quill and Quire. Follow her on Twitter and Facebook.