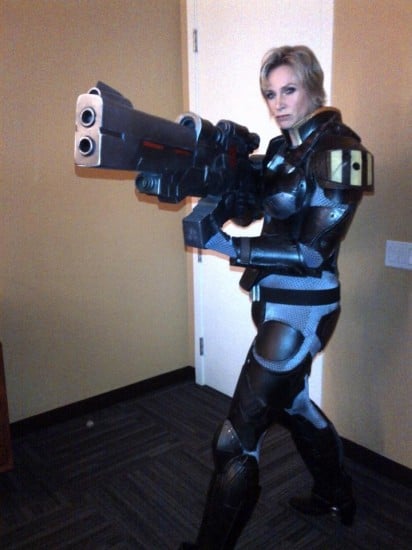 See, this is why I didn’t call Reverse Trick or Treating the best Halloween costume ever. Because this movie-accurate costume is what Jane Lynch wore for her Halloween appearance on the Ellen Show. Another pic behind the jump. 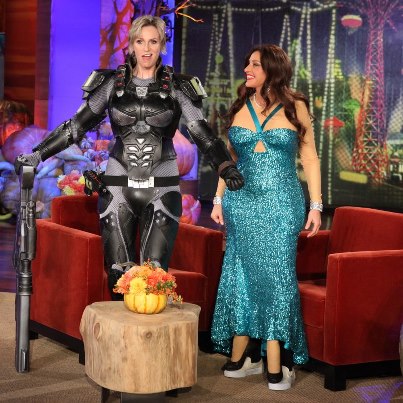