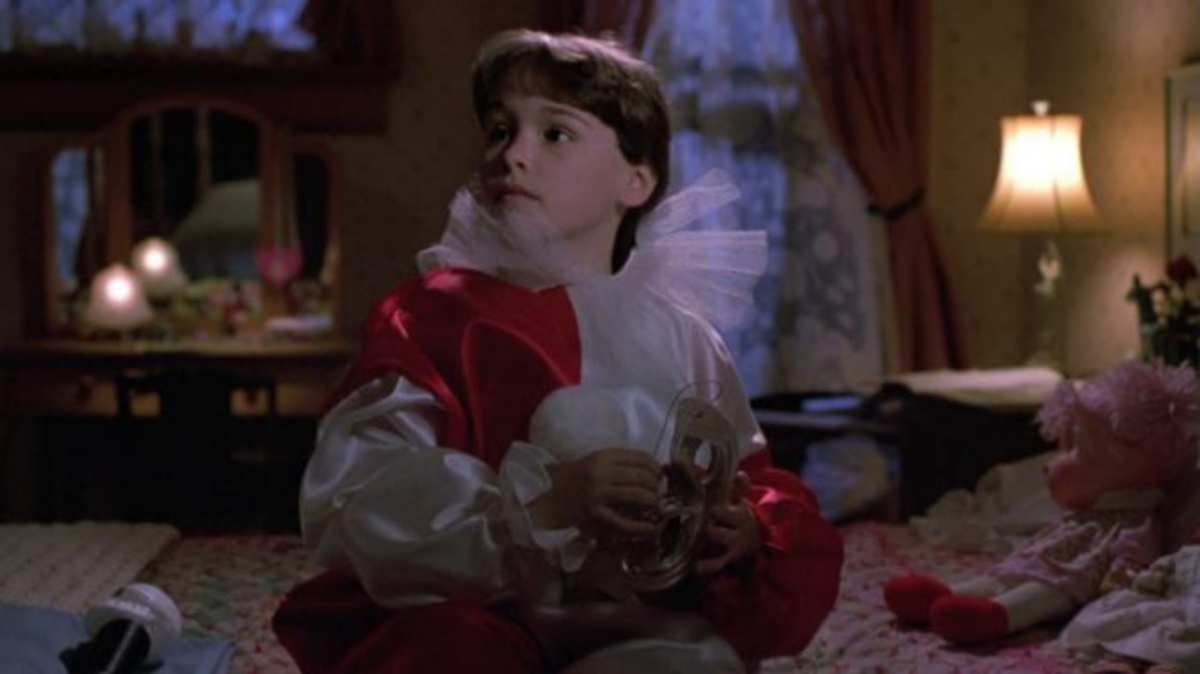 As I have been looking forward to the new Halloween movie coming out later this month, I’ve been cracking open every installment in the Halloween franchise eight-disc Blu-ray set to revisit some of the sequels.

The fast-approaching new movie is erasing all of the mythology about the series that took place after the first and instead, it will make the 2018 Halloween the true sequel to the second slasher movie of all time (Black Christmas was the first). This means ignoring the family bond that was established in Halloween II where Michael was revealed to be Laurie’s older brother, and also erases one of my favorite characters in the series: Jamie Lloyd, the niece of Michael Myers.

After the second Halloween, actress Jamie Lee Curtis did not wish to return to the franchise at the time, since she was currently scoring big films like Trading Places (1983) and A Fish Called Wanda (1988), so she declined to come back. That meant writing a new final girl ingénue for Michael to torment and that became Jamie Lloyd (Danielle Harris), the orphaned daughter of Laurie Strode, who died in a car accident.

Adopted by the Carruther family, Jamie is living a relatively normal life with some vision of a strange man she doesn’t know. However, everything goes to shit October 31, 1988, when Michael Myers awakens from his coma and goes hunting for relatives.

What makes Jamie such a good protagonist in the first two movies is not only Harris’ fantastic performance, but also the fact that she as a child was being thrust into these terrible situations. We see her mocked by her peers for being the niece of Michael Myers, the deep insecurity and sadness she feels over the loss of her family, and the anxiety that her foster family will never truly accept her. There is also the feeling that she and Michael are “linked” when she sees him in her dreams and has visions of him as he slowly awakens. Then there is the clown costume.

When Jamie says she’s found the perfect costume, it is chilling because we all know that the first time Michael ever killed someone was in a clown costume, and this foreshadows the end of the film when Jamie stabs her foster mother in a daze. It is shot from the same perspective of the first Halloween movie with the first person point of view. (Whoever kept in those scenes of Donald Pleasence yelling no like that in this movie should have been fired). It’s a great scene because if we are going to act as though the family is “cursed” for some reason, let’s go the child killer route.

Sadly, that sort of gets played down in the following movie where Jamie is even more of a tragic character, but Harris sells it and there is also this very iconic scene that I think almost makes the cult of thorn stuff watchable. Almost.

For many, this scene might seem corny, but what I love about it is that it’s the only time we get an idea of what living with this curse might be like for Michael as a person.

So many of these movies spent time stripping Michael of his humanity and turning him into a supernatural killing machine that he honestly stops being intimidating. He doesn’t have jokes like my boy Freddy, and Jason has a much more sympathetic backstory. Michael at least, in the beginning, was just a man who was hard to kill, but then slowly became supernatural with all the stakes removed because he can’t be killed.

Jamie gave Michael his humanity back and it’s the first time we can really remember that he used to look like this:

That child is gone, but he did exist, and Jamie in these movies as his foil reminds you are the fragility of childhood and how easy it is for a child to be warped into becoming something they are not. And it also shows how Jamie could have become Michael if she didn’t have some of the help she got from others in her young life.

Jamie Lloyd, as played by Danielle Harris, is perfect, and what she brought to the franchise carried it through two movies that would have been unwatchable without her. So I hope if the new movie chooses to pay homage to any other characters from the sequels it is Danielle Harris and Jamie because they were awesome.

What did you think of Jamie Lloyd, Halloween fans, and who are some of your favorite final girls?