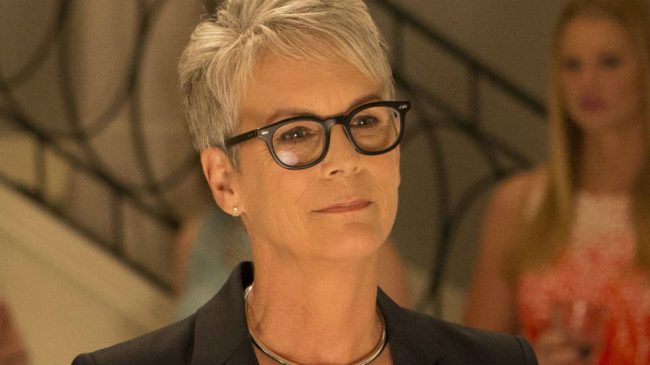 Scream Queens’ Jamie Lee Curtis has joined the number of Hollywood voices speaking out on the prevalence of sexual harassment in Hollywood, and the disturbing culture of protecting powerful men who abuse their colleagues, employees, and partners.

In an article titled “Asking For It” on Huffington Post, the actress speaks about Donna Karan’s suggestion that women who were victims to Harvey Weinstein’s abuse, harassment, and assault might have been “asking for it,” to which Curtis says, “Really?” and “Really?”

“I, too, have been subjected to my own private, personal versions of sexual harassment on the job,” Curtis confesses, “Did I ask for it? No. What I simply asked for was a job, and what came with it was sexual harassment.”

She then talks about how change, both cultural and legal, tragically only seems to happen when we see terrible things happening to famous people. For instance, Curtis writes, “it always takes a very famous person to die from an opioid overdose to shine light on the opioid epidemic and then, hopefully, create change.” It’s neither fair nor right, but it means that it matters that much more when celebrities are brave enough to speak out. It sadly makes complete sense within our culture that women don’t speak out—we see already that they’re met with excuses, accusations, and threats.

“Perhaps this grotesque power play to ‘get some’ by this brutish thug of a man and the attempts by him, his lawyer, his board and famous friends to, once again, keep it under wraps and blame the victim will fail. Perhaps the truth will out other sexual harassment, be it from a governor or a president or a presidential candidate or studio head or movie star or executive or anyone else complicit in this billionaire boys club bullsh*t that will come to an inglorious end.

To quote the great Helen Reddy, ‘I am woman hear me roar, in numbers too big to ignore.'”