The Crone Leaves the Coven, and Other Ways to Say Goodbye 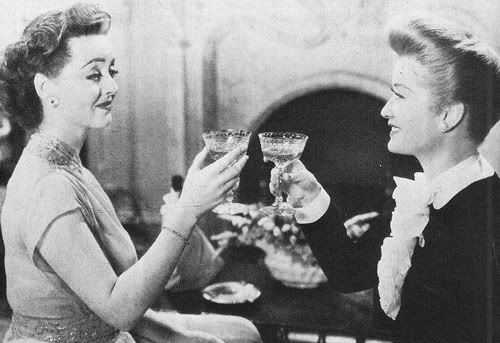 To echo the words of the great philosopher Mufasa, we are all connected in this great circle of life. The grass grows in the savanna plains, the giraffes eat it, the lions eat the giraffes, dinosaurs eat the lions, and woman inherits the Earth. Well, on a much smaller scale, people get jobs, and then they leave to take other jobs. And today, on my last day at The Mary Sue, I reflect on my own personal economic cycle of life — or just the last year and a half — and share one last post as one of its editors.

Because we all deserve to have our own episode of Behind the Music, you guys. But some of us are just not musically talented.

Way back in the late fall of 2010 when I really, truly thought that no one was ever going to hire me again and I was coming off of being, um, “let go” from what I’m going to go ahead and call “a horrible company,” I interviewed for a position at Geekosystem. In addition to paying attention to directions (and discussing my first experience on a computer, per the ad), I said that as a writer for the site, I just wanted to find cool things to show people. Also, I am a writer, and I wanted to write things as my job, and not copy, because I cannot force myself to care that much about deodorant.

Anyway, I started working that December, and was really excited when I got the chance to write about Debbie Gibson and Tiffany making a delightful SyFy picture called Megapython Vs. Gatoroid. I was the only person who realized the significance of this collaboration — because I was the oldest person on the staff. (Hence the “crone” thing.)

However, those extra few years gave me a unique perspective on many things, like how crazy Hurricane Gloria was, what it was like to come of age during the 1990s Disney renaissance and MTV‘s heyday (before it turned into unadulterated dreckshit, a word that I have just now created to refer to MTV in its current state), how nuts Times Square was on V-J Day, etc. and as a result, I got to have a lot of fun writing posts about a lot of things. Some of those posts were awesome, some of them not so much, but it always came down to the most important thing I got to do the entire time I was here: I got to write about awesome things all day — for work.

Being around for the ’80s — plus my penchant for various forms of entertainment — is also a small part of why I get so incredibly passionate about things like Ghostbusters, Teenage Mutant Ninja Turtles, The Last Unicorn, Evil Dead, classic horror movies, modern horror movies, Robot Chicken, cartoons, and all those tons of other things that I got to cover at The Mary Sue. You get to a certain point in your life when you realize that all that stuff you loved as a kid never really stopped being super great, and once you’ve stopped trying to pretend you’re a “real journalist” or a “public relations writer,” you can finally embrace the glorious state of geekery. But this time around, you appreciate it even more. (Because seriously, if someone is making fun of you for the mere act of liking a thing, then it’s kind of obvious who has the bigger problem. Also: we’re all going to die soon, and we should all just like the things we like.)

And here are the people I need to thank. First and foremost, my fellow editors at The Mary Sue, Susana and Jill. To have shared this little space on the web with both of you has been an honor and a privilege. It is everyone’s dream to have coworkers with whom they would share a meal and drinks, and I have lived that dream. Please, make sure our Office Kermit continues to ride high on a daily basis on Office Brachiosaurus. And our interns, Alanna and Kellie, you are both fantastic, funny, and wonderful to work with, and it’s been nothing less than a pleasure. Alanna, I’m especially so happy that we got to talk about women in comedy so much, because I still just don’t have all that much to say about Batman. Like, at all. I’m a Marvel girl, as much as I can be with my regrettably limited knowledge of comic books.

I also want to thank my former coworkers at Geekosystem, James and Max, and also Robert, who was the first person to ever officially allow me to write about nonsense on the internet and get paid for it. I didn’t get to work directly with Eric, but I’d be a real jerk to leave him out, and he is clearly meant to be included in such illustrious company. Thanks, guys.

There are tons more people to thank, including Rachel Sklar, who has gotten me nearly every writing gig I’ve ever scored. I would be nowhere if not for Rachel being so thoughtful. I also want to thank Dan Abrams and the rest of the Abrams Media team for hiring a complete and total weirdo, and then letting me really be a writer. It’s not just a thing that I do now — it’s a career. I’m indebted for having this opportunity and will never take it for granted.

And I thank you! If you ever giggled, lol-ed, snorted, or made any kind of guttural noise that signifies happiness or joy because of my writing, I am so happy I could do that for you. Speaking as someone who used to browse sites like this one during work hours at less exciting jobs, I know how great it is to read something good on the internet when you are just bored beyond belief. If I provided any such service, then I’m truly psyched about it, and I’m so glad I could do something nice for your eyeballs.

It has been awesome working for this site, and I’m really proud to have been here since it first hit the web and was mocked on Jimmy Fallon. And now, I move on. I hope that if I’ve written something you liked, you’ll follow me to when I move over to Boing Boing on Monday, where I’ll be covering entertainment. (Or on Twitter, because I’m there, too.) Also, I am incredibly grateful and appreciative for your support and kind words, in the case that you left any. And if you didn’t like me because I was insensitive or politically incorrect or because I wrote a post that you didn’t like (perhaps about Highlander, which I totally stand by — I REGRET NOTHING), well, that’s also just fine.

Thank you, everyone. Good night, and have a pleasant tomorrow. 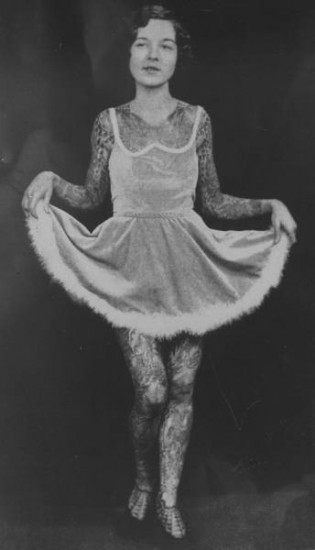 BoingBoinggoodbyesso long and thanks for all the fish