James Gunn Says He Made Velma “Explicitly Gay” in Scooby-Doo Script, but Studio Nixed It 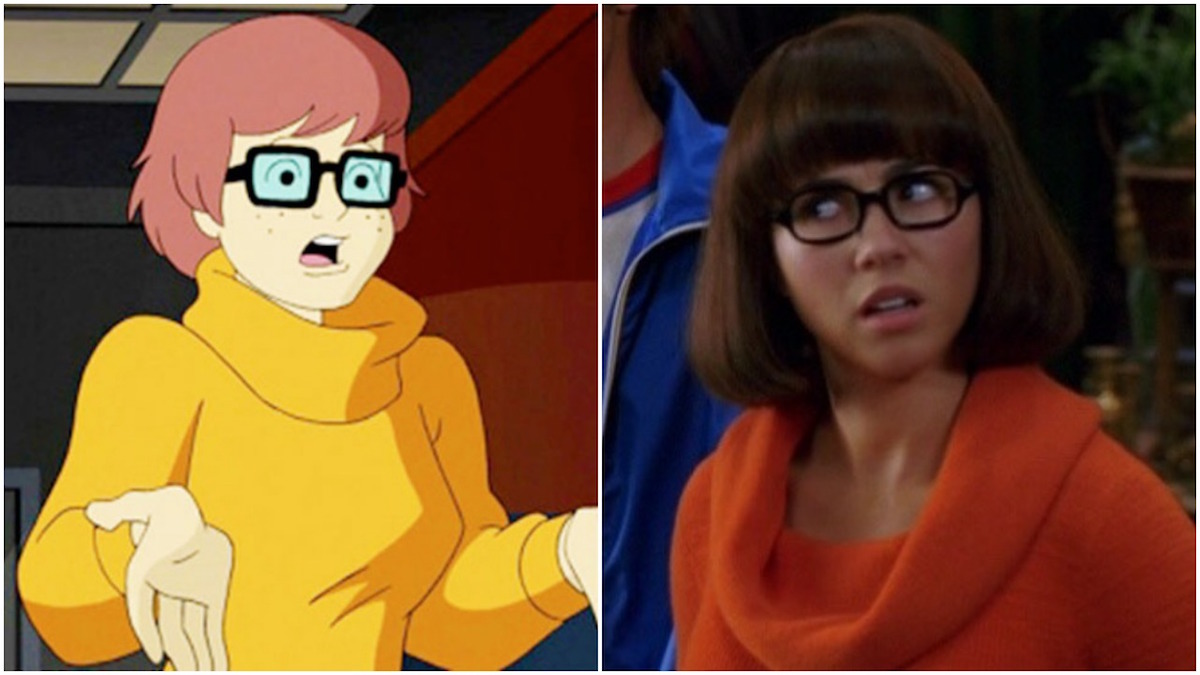 File this one under infuriating, but all too par for the course for Hollywood. James Gunn has tweeted that in his initial script for 2002’s live-action Scooby-Doo, the brainy, orange-turtleneck’d character Velma Dinkley was written as queer—until the studio watered down her sexuality into non-existence.

Gunn is known primarily these days for directing movies like Guardians of the Galaxy and the upcoming The Suicide Squad, but he is also a screenwriter. His first major Hollywood screenplay was the live-action Scooby-Doo film that starred Sarah Michelle Gellar as Daphne, Freddie Prinze Jr. as Fred, Matthew Lillard as Shaggy, and Linda Cardellini as Velma. (Gunn also wrote the sequel, Scooby-Doo 2: Monsters Unleashed.)

In response to a fan’s request on Twitter that he create another Scooby film and to “Please make our live-action lesbian Velma dreams come true,” Gunn said that he had tried to make it happen almost twenty years ago.

I tried! In 2001 Velma was explicitly gay in my initial script. But the studio just kept watering it down & watering it down, becoming ambiguous (the version shot), then nothing (the released version) & finally having a boyfriend (the sequel). 😐 https://t.co/Pxho6Ju1oQ

This is incredibly frustrating. Considering the way major studios continue to dilute queer representation onscreen, however, it’s not surprising—and we’ve known since 2002 that some queerish moments were removed from the final cut. Scooby-Doo was directed by Raja Gosnell, and though set up for a PG-13 rating, it was toned down considerably and released as PG. The movie was written in a darker, more adult tone, with winks to the original series intended for an older crowd (like Shaggy being a blatant stoner and a lot of weed references, instead of Shaggy being a subtextual stoner).

I imagine that any ambiguity regarding Velma’s sexuality was excised from the theatrical version over hand-wringing that the movie should be “family-friendly,” since all too often queer sexuality is automatically conflated with sexual situations. That’s my guess, at least, and seems to align with what was implied back in 2002.

It’s nice to hear that Gunn intended Velma to be “explicitly gay,” tapping into decades of speculation about the cartoon character’s sexuality and the way she has long been embraced as an LGBTQ+ icon since 1969. But I do wish Gunn would give us some more information about what this would have entailed. Was his initial Velma—before this aspect became more “ambiguous,” and then cut entirely—openly dating a woman? Did she state her desire to? Did he try again at all for the sequel?

Back in February, Gunn explained in another Twitter thread about the movie, which had received an R-rating from the MPAA, getting sliced and diced:

The movie was originally meant to be PG-13 & was cut down to PG after like 3 parents were outraged at a test screening in Sacramento. The studio decided to go a more family-friendly route. Language and jokes and sexual situations were removed, including a kiss between Daphne and Velma. Cleavage was CGI’d over. But, thankfully, the farting remained.

Toilet humor and violence remaining in a “family-friendly” film while any hints of queerness are cut is the American movie industry in a nutshell. But this does make me hope that Gunn’s “explicit” Velma was more than this cut kiss and a few other missing vague allusions. Because we know from Gellar that the kiss wasn’t a romantic situation, and it’s been typified as a “gag.” Per PinkNews:

Sarah Michelle Gellar previously told Sci Fi Wire: “It wasn’t just, like, for fun … initially in the soul-swapping scene, Velma and Daphne couldn’t seem to get their souls back together in the woods, and so the way they found was to kiss and the souls went back into proper alignment.”

A Velma/Daphne kiss for no reason other than to “soul-swap” for plotty purposes sounds like the kind of “queerness” injected into some media around that time—like, say, Sarah Michelle Gellar kissing Selma Blair in Cruel Intentions—that was there more for audience titillation than as real representation. I’d like to hope there was more substance than an out-of-character kiss and cleavage cut from the original filmed version, but then again we are talking about Scooby-Doo, which sees Scoob’s annoying yappy nephew Scrappy-Doo revealed as the ultimate monstrous villain. This isn’t masterpiece theater. It’s difficult to imagine that Gunn’s original script went much deeper, either, though I’d love to be proven otherwise.

While I like much of Gunn’s work, he’s not exactly known as a pioneer in female character-crafting, though he made a commitment to be better in this respect after the first Guardians. All of this is to say while it would have been fantastic to see an out lesbian Velma in 2002, James Gunn’s version may still have left much to be desired.

Why? Well, back in 2002, the cast and Gunn’s conversation around this topic had a different tone. In an archived article in the Seattle Times from that year, Anthony Breznican reported that “gay gags” had been cut from the film. One such “gag”:

The original script featured a scene in which Fred gazed lustfully at Daphne while she leaned over him to load luggage into an airplane’s overhead bin. The camera then panned to Velma, who was ogling her, too.

“There were a few scenes where Velma comes out of her shell. I wouldn’t say she comes out of the closet,” Cardellini said. “I thought more along the lines that maybe her sexuality is a little ambiguous.”

And Gunn wasn’t exactly crowing about his attempts at representation at the time.

Screenwriter James Gunn, though, said he’s “pretty sure she’s gay. So we had a couple little nods to that in the movie and in the end, again, they were things that kind of (detracted from) the scenes.”

So yeah. I think that there would’ve been quite a bit about James Gunn’s lesbian Velma to be desired. I still wish we’d had the chance to meet her.

It’s lovely to hear from a more recent Scooby-Doo creative—Scooby-Doo! Mystery Incorporated producer Tony Cervone—that Velma was canonically a lesbian in their animated production. It remains hugely frustrating, however, that we still did not see this onscreen, and that Velma was in fact put into a relationship with Shaggy. In June, Cercone posted an image of Velma on Instagram with the character Marcie Fleach superimposed on a Pride flag. In response to fans’ arguments over her sexuality, Cervone asserted:

“I’ve said this before but Velma in Mystery Incorporated is not bi. She’s gay. We always planned on Velma acting a little off and out of character while she was dating Shaggy because that relationship was wrong for her and she had unspoken difficulty with the why.”

“There are hints about the why in that episode with the mermaid, and if you follow the entire Marcie arc it seems as clear as we could make it 10 years ago. I don’t think Marcie and Velma had time to act on their feelings during the main timeline, but post reset, they are a couple. You can not like it, but this was our intention.”

The animated Mystery Incorporated ran from 2010-2013, so it’s not really clear why Velma could not have been more openly queer on the show—or at least not made to date a man. It’s great that Cervone seemed to have good intentions for Velma and is adamant about stating her sexuality now, but putting Velma through an awkward relationship with Shaggy in order to demonstrate her “unspoken difficulty” with it feels outdated. 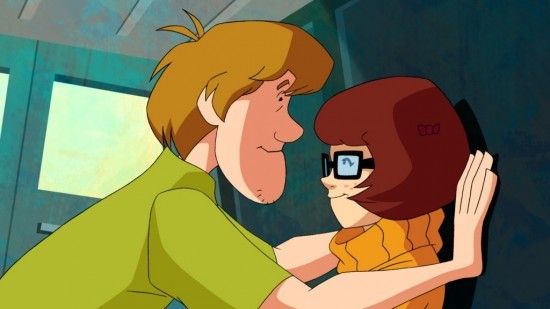 Consider that many children and young adults were watching this show. Positive representation can do wonders for helping some viewers understand their own sexuality and promoting tolerance in others. On the flipside, all the best intentions and offscreen projections for the character do little when the target audience is left in the dark about them.

We deserve to see a future Velma who is out, proud, and totally unambiguous in her sexuality. At this point we are more than overdue.