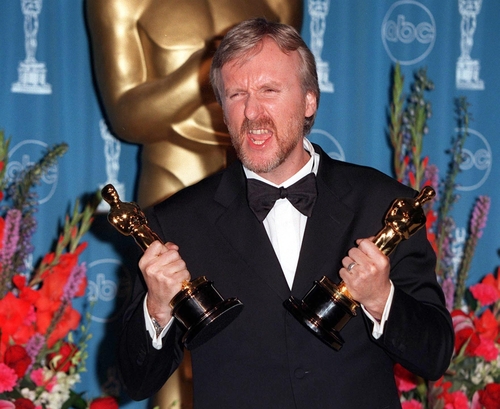 Poor James Cameron. You make a few offhand, lukewarm comments about Star Wars: The Force Awakens, and suddenly everyone has opinions about your opinions.

During an interview ‘discovered’ on YouTube by IndieWire, the Titanic and Avatar director shared these thoughts about J.J. Abrams’ addition to the Star Wars franchise: “Well, George Lucas is a friend of mine and he and I were having a good conversation the other day about it. I don’t want to say too much about the film cause I also have a lot of respect for J.J. Abrams, and I want to see where they’re taking it next, to see what they’re doing with it. I have to say that I felt that George’s group of six films had more innovative visual imagination, and this film was more of a retrenchment to things you had seen before and characters you had seen before, and it took a few baby steps forward with new characters. So for me the jury’s out, I wanna see where they go with it.”

Personally, I think Cameron was fairly diplomatic here, being forthright about his own tastes and biases while also saying he looks forward to everything else this new trilogy has to offer. I do agree with him that, when compared to A New Hope, The Force Awakens perhaps just “retrenched” old ground, but it also drastically changed the franchises’ gender representation and recaptured the heart I felt was lost in the prequels.

What tickles me about Cameron’s comments is the image of him and George Lucas, hanging out together and ragging on The Force Awakens. George and James have been chummy for some time—just look at this card Cameron received from his pal Lucas after Titanic‘s box office success—and I’m sure it would be funny to hear the two of them talk shop. Oh, to be a mynock on that wall…