James Cameron Had to Congratulate Avengers: Endgame on Beating His Precious Avatar for the #1 Box Office 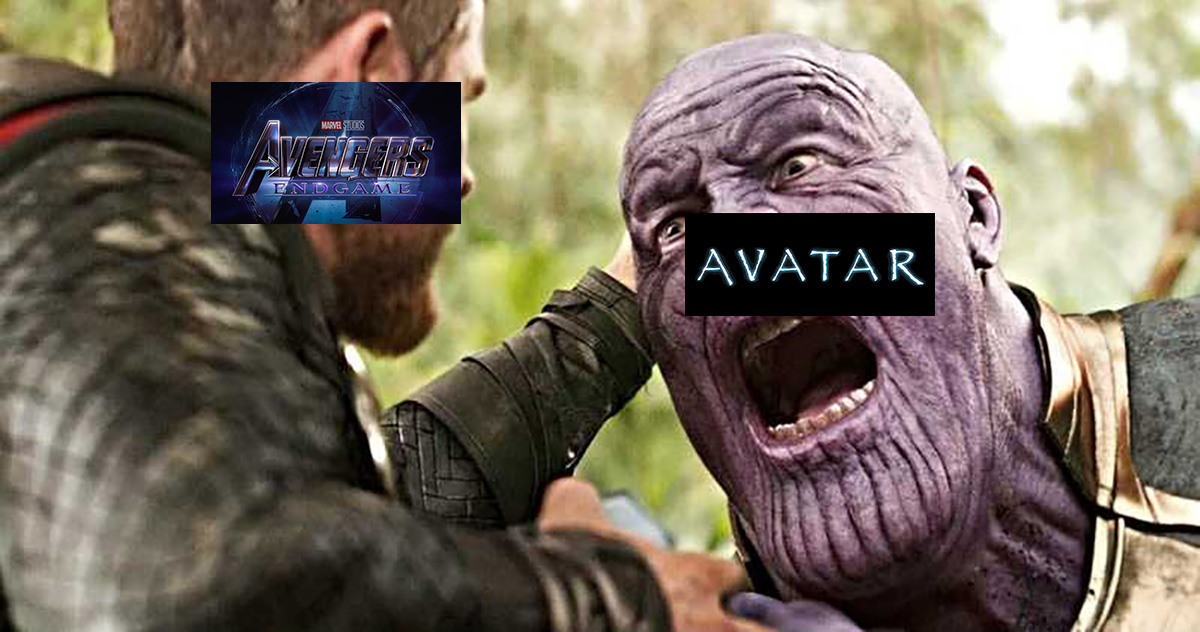 For as long as we can all remember (since 2009), Avatar has been the highest-grossing movie of all time, and annoyingly so, but now that reign has come to an end. James Cameron has been beaten, and by the biggest thorn in his side: a superhero movie. Marvel’s Avengers: Endgame has now taken the title, and honestly? I have to laugh.

I personally subscribe to the notion that if you don’t like a genre of something, maybe just leave it alone. It’s a nice way to live and, that way, you’re not making people angry for absolutely no reason. Do you know who doesn’t live by that rule? James Cameron.

Director of Titanic, Cameron has become the grumpy old man who wants to kick kids off his lawn because they’re having fun. Those kids? Superheroes. For some reason, Cameron has been targeting superhero movies and trashing them because he apparently has nothing better to do. (I’d suggest he focus on the 80 Avatar movies he’s making 10 years too late, but that’s just my opinion.)

That being said, there is no greater joy for me than this.

It’s official, Avatar has been beaten out at the global box office by Avengers: Endgame. While a point of contention for people who hated the idea of the Endgame re-release, I don’t even care. I’m just happy that Endgame now holds the title, because here’s the thing about Cameron: He’s a sore loser.

He doesn’t like superhero movies, and he’s made that very clear in the way he talks down to them (again and again), but that doesn’t make Avatar is some iconic movie. If anything, it’s an ableist tale of Jake Sully and his desire to walk again and how it takes him to space where he becomes a giant Na’vi and has sex with a giant blue Zoe Saldana. It’s a beautiful movie, visually stunning, but the storyline is mediocre, and the fact that it held this spot for so long, and Cameron’s derision for other popular special effects extravaganzas, is annoying.

Do you know what’s a visually stunning movie and also an incredible feat in terms of storytelling? Avengers: Endgame. Sure, we all have our problems with it, but the movie managed to complete an eleven-year arc spanning over twenty movies and did a pretty incredible job of wrapping up a lot of the storylines therein. Avatar had tree spurs that looked like jellyfish that flew around while blue people had tentacle sex.

Am I being unfair to Avatar? Maybe, but James Cameron is being unfair to superhero movies and dismissing them as if they don’t have merit, and I’m sorry, but if you compare your movies to The Godfather (yeah, he really did), I truly don’t trust your ability to objectively look at filmmaking, because Avatar is not The Godfather. It wishes it had a horse head in a bed.

I do think it’s funny that the official Avatar account tweeted it and not James Cameron himself, but that’s just because this is truly a sweet victory. I feel like Spongebob Squarepants when he’s performing at the Super Bowl.

What we learned here is that bashing another movie genre just because it’s what people like isn’t a smart move. Also, comparing yourself to, arguably, one of the greatest films of all time is also not a great look. So, Jim, I hope you like the fact that a superhero movie beat you!