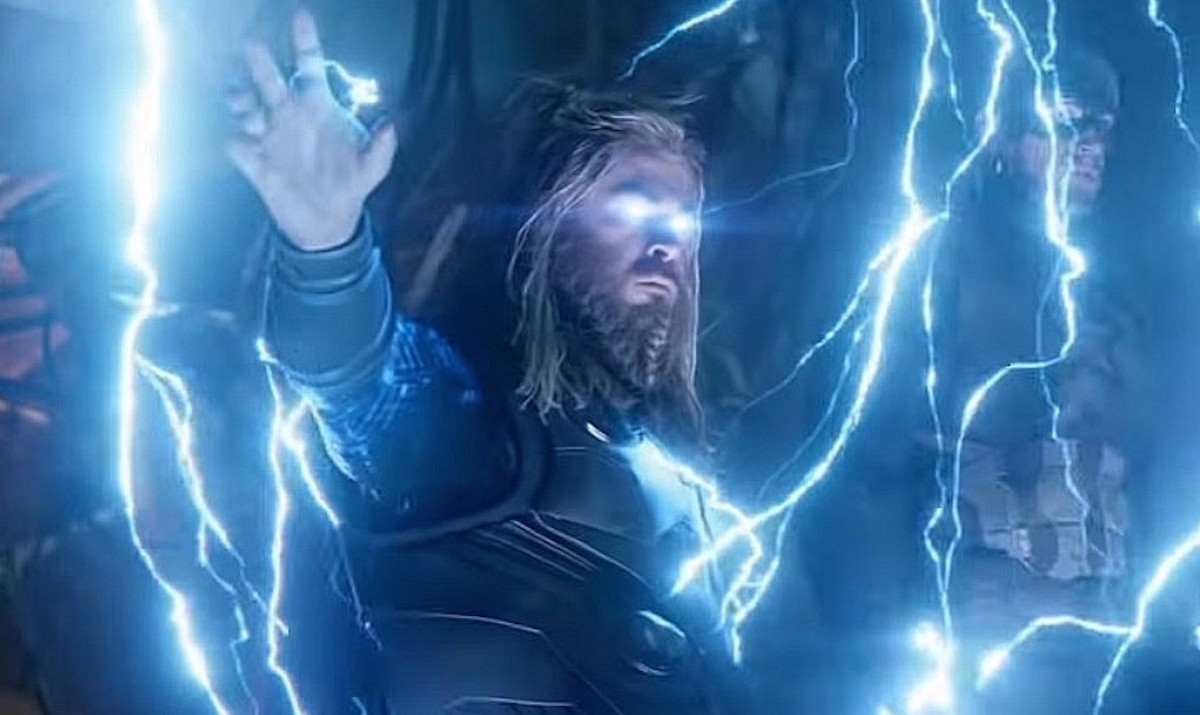 J. Michael Straczynski helped revitalize Thor comics at Marvel, and is an expert when it comes to all things genre. His insightful take on Thor goes beyond the surface issues with the character’s depiction in Avengers: Endgame.

Since I first conveyed my dismay over how Endgame depicted the heavier, hard-drinking Thor, debate about the character has spread across the Internet. To reiterate, my issue isn’t with Thor’s physical transformation—it’s refreshing to see a larger superhero—but rather how Thor is set up to be a body-shaming joke throughout the movie. In conjunction with this frame, he’s rarely taken seriously, and he’s left with little to do.

Thor is mocked for his weight and overall appearance that he gained as a result of trauma and alcoholism—a long-running sight gag that Endgame seems thrilled to be making rather than ashamed. Every time Thor has a significant emotional moment, Endgame pokes meanly at it for the lolz. After a touching reunion with his dead mother, Frigga suggests in parting that he eat a salad; when Thor begs, teary-eyed, to be allowed to use the Gauntlet and do something useful, asking what the Avengers think is running through his veins, Rhodey responds, “Cheez Whiz.”

Straczynski, who created Babylon 5 and Sense8, among many other worthy projects, is also a masterful writer and comics aficionado who has worked on both DC and Marvel titles. He’s responsible for reviving Thor in comics in the early 2000s and helping to pave the way for much of the MCU Thor we know. Active—and approachable—on Twitter, Stracynski often shares his insights with followers there. Here was his take on Thor, when asked:

Hemsworth is amazing and highly talented, he can play anything. I just rather wish that they had kept the character as Thor rather than — apparently for lack of knowing how to handle him without being corny — using him for comic relief and finally turning him into Volstagg. https://t.co/qQ41BNvMFw

One of the main reaons I ended up writing the Thor comic that brought back the character was because everybody else the editors asked ran screaming out into the night because it’s really hard to write him without being corny. It ain’t easy.

Straczynski goes so far as to call out the character we were given in Endgame as not really Thor at all. The screenwriters and the Russos didn’t keep the character as Thor; they used him as the set-up for comic relief, before “finally turning him into Volstagg,” Thor’s rotund friend and one of the Warriors Three known for his voracious appetite. And the issue with Thor is not only about how other characters react to him, but the way the character is utilized in general in Endgame.

Straczynski’s observation really drills down to the heart of what went wrong with Thor. We could talk in circles for years about how you personally felt about the decision to put Chris Hemsworth in a fat suit, and the way the movie positions him therein. Maybe you liked that choice! Maybe it didn’t bother you! Maybe, like me, you felt hurt and angry! Regardless, the fact is that even had Endgame left Thor with the sort of physique we’re accustomed to seeing, and eliminated the fat jokes, his characterization and storyline were still lacking. There was a dearth of creativity with what to do with him, and a seeming inability to juggle the character’s complexities. So the writers wrote him mainly as a corny, off-color joke.

It was a sad confluence of a body shame joke and a joke about an alcoholic.

Thor can be difficult to write for the screen (and, as Straczynski points out, in comics too). The MCU has alternately depicted him as a Shakespearean prince, too serious, a goofball, a blundering fish-out-of-water, a fierce competitor, a romantic hero. The character is a mix of varying traits made trickier by his magical space god royal background. The movie that managed to get Thor’s complexities into pitch-perfect balance was Ragnarok, which allowed him to be both earnest and hilarious, sly and smart, and an able warrior totally out of his element. The same Thor who throws a ball at a window that rebounds and knocks him flat is soon discussing advanced physics with Bruce Banner. Thor contains multitudes.

But the writers of Infinity War and Endgame did not know how, or were not interested, in continuing Thor’s Ragnarok evolution. They killed off the last of his old world support system and sent Thor, a man who spent all of Ragnarok learning that he did not need his fabled weapon, off on a quest to get a fabled weapon for the majority of Infinity War.

Then they decided to make him feel like a “failure” in Endgame for not taking off Thanos’ head, and sunk the character into a depressive gloom. Rather than using this set-up as an opportunity to seriously explore what an “unworthy” Thor might look like in the MCU, totally unmoored and having lost 98% of the people he loves, they made Thor a trite punchline.

Even when he summons his armor and is impressively suited up for battle in the movie’s last quarter, Thor is given next to nothing to do, especially compared to Captain America and Iron Man. Past!Thanos, this time sans Gauntlet, somehow bests Thor, the God of Thunder, more powerful than Odin, a guy who channeled the power of a dying star through his body in order to forge his new axe, quite easily.

It makes no sense, save that beyond not knowing how to write for Thor’s personality, the writers also couldn’t figure out how to handle Thor’s considerable power. So a 1500-year-old warrior who’s battled unthinkable odds doesn’t get a truly standout moment in the big fight, while Steve Rogers, wielding Thor’s hammer, gets perhaps the most standout fight moment in the film. Now, I wouldn’t take Mjölnir away from Steve for anything, it’s a fantastic scene. But it’s hard not to feel like Thor and his world are shortchanged in Endgame, and it’s nice to hear that someone well-steeped in Thor lore also felt that something was off.

When Straczynski—the writer who revitalized and rebooted Thor in the comics, and introduced a more modern, accessible Thor—says that there are problems with Thor’s characterization in Endgame, I feel less like I’m shouting into the dark. The replies to Straczynski on Twitter are an interesting mix, with some expressing that they were psyched for Thor’s changes while others agreed that we may have run aground.

That‘s what was bothering me throughout Endgame. Great to give the character something to struggle with but why have him continously as the comic relief (and the butt of jokes)? And I didn‘t feel like his struggle was resolved in a satisfying way.

It was also a treasure for us fat, bearded, long-haired layabouts to finally feel worthy to dress up as Thor. 👍

The way his ptsd was handles in endgame is a disgrace where it could have been a powerful moment. Its not a comic relief.

Yeah, I was sad what they did with Thor. I thought Ragnarok was 30 percent too silly and they just pushed it to 100 with Thor in this movie. While I did laugh at the initial sight gag, I felt bad about it for the body shaming and as someone who isn’t fit.

Where do you land in regards to Thor in Endgame?