J.J Abrams Is Taking over Nerdom but Not Everyone Is Happy | The Mary Sue

J.J Abrams May Be Taking Over Nerdom With a Spider-Man Comic but Not Everyone Is Happy 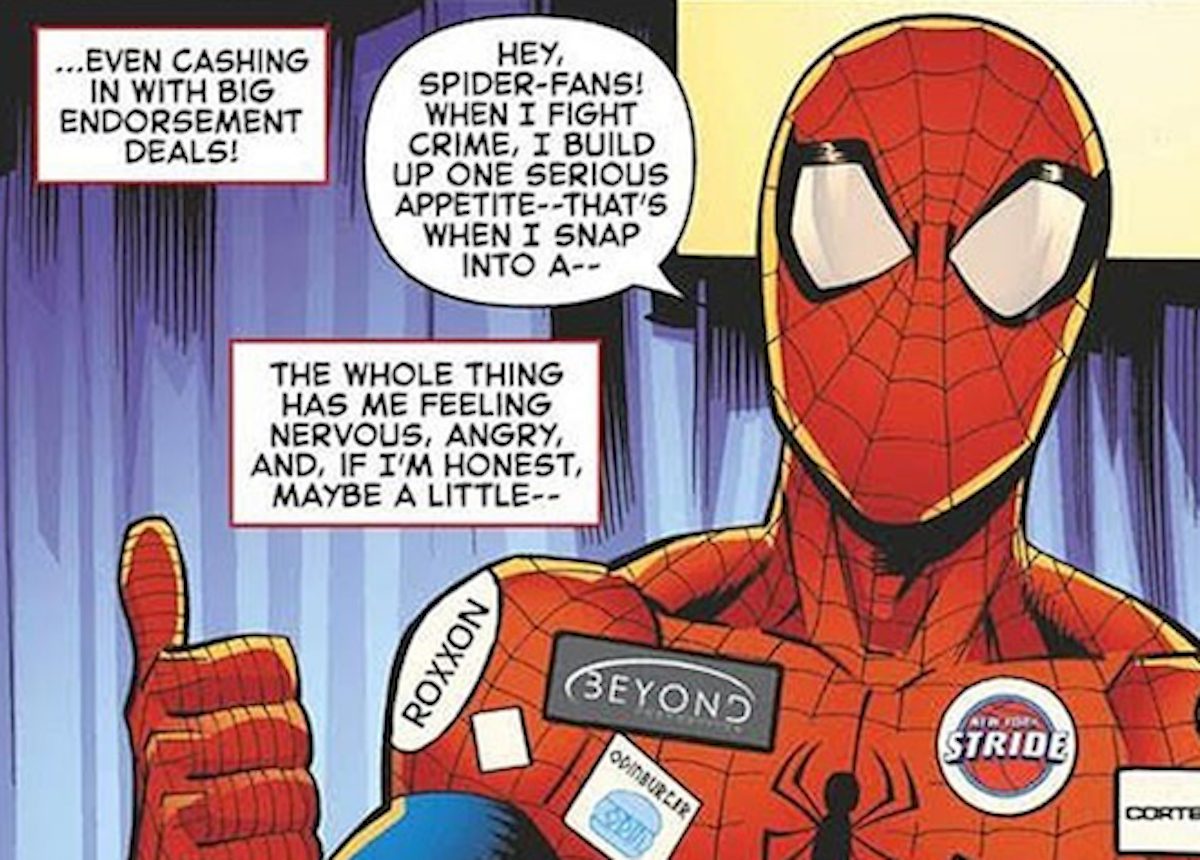 J.J. Abrams, who wants to take all nerdy things into his own world, is releasing a Spider-Man comic with his 21 year-old son. First of all, can J.J Abrams adopt me so I can write a comic about Peter Parker? Second, that’s not what people are mad about. Or at least that’s not what most the internet is mad about.

No, the internet is mad because a lot of people thought they were finally getting Sam Raimi’s Spider-Man 4, if in comic book form, thanks to how the announcement played out.

When Spider-Man fans think Marvel is giving them Raimi, but they get JJ Abrams instead: pic.twitter.com/acLCkybrOl

It all started when Marvel released an image with the number 4 spelled out in webbing.

From there, everyone just assumed that we were getting the Raimi Spider-Man story that never was, and honestly, why would we get it now, in the year of our Lord 2019? I mean, I get not knowing what’s happening, but maybe I’m in the minority in that I never thought Marvel’s tease of this news had anything to do with Raimi. Sam Raimi had some wonderful ideas for what would be the continuation of his Spider-Man franchise, which a lot of fans wish they’d gotten to see to get the taste of Spider-Man 3′s badness out of their mouths.

Back before we ever had Andrew Garfield’s Peter, and before Tom Holland knew how to walk, we had Tobey Maguire and the Spider-Man movies that had a huge part in kicking off modern superhero movies. Now, reading over Raimi’s proposed villains for the fourth installment, we eventually got all of them in different Spider-Man stories. So yes, it would have been fun at the time, but now? I don’t think it’d be relevant. We had the Lizard, a Raimi favorite who was kind of teased throughout his movies, take on Peter Parker in the Andrew Garfield incarnation. Seeing Raimi’s take now would feel like a repeat or something we’ve already encountered, would it not?

There were more villains in contention, too, but also ones we have now seen in other Spider-Man movies, such as Vulture and Mysterio. Again though, I think that if we got a Raimi comic run with these villains now, it’d feel like something we already saw. Granted, back then, many fans hadn’t even really heard or cared about Adrian Toomes or Quentin Beck.

Another aspect of Raimi’s Spider-Man 4 is that it might not have had Mary Jane Watson as a part of it. So does that mean his comic version would follow through the same vein, or would it include a continuation of that love story? The thing is, the only reason that MJ wouldn’t have been included is because of Kirsten Dunst’s contract, and Raimi wanted her in the movie, so it’s possible she’d still be involved in the story in a medium where casting isn’t an issue.

Felicia Hardy, Peter’s love interest known as Black Cat, was also in talks to be included in Spider-Man 4, taking things in a direction that could easily get Mary Jane Watson out of the story for however long was necessary (whether that’s in the film versions or if Raimi got his comic series).

Whatever the exact logistics, in general, it isn’t too outrageous for a canceled movie franchise to get a comic book run, even if fans got ahead of themselves with the assumption of the meaning of the “4” in this case. As IGN pointed out, we’ve already had some failed-movie-turned-comic series in Frank Miller’s RoboCop 2 and William Gibson’s Alien 3.

There are also movie franchises that have seen continuations in comics unrelated to a canceled installment, like the Evil Dead series, Godzilla, Escape From New York, and Bill & Ted, just to name a few. I think that if we were ever going to get a Raimi run of Spider-Man, it would have happened already.

There were also a few who thought it was a tease for a crossover with the Fantastic Four, which is a bit more reasonable, but I don’t think people would get that angry to have that expectation dashed. Whatever the reason, people were mad, and it wasn’t just because J.J. Abrams was expanding his domination of everything nerdy by taking on Marvel, too.