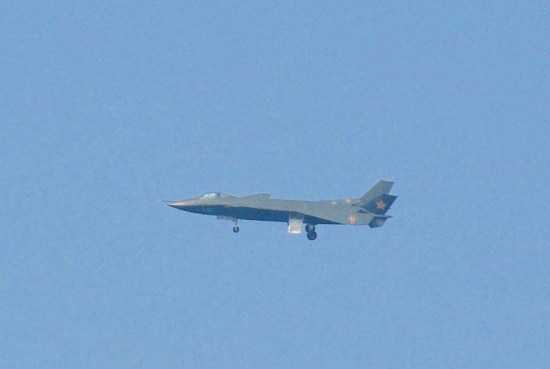 There was some international feather-ruffling earlier this week when the Chinese military decided to perform the first test flight of their advanced J-20 fighter during a visit to the country by U.S. Defense Secretary Robert Gates. Creepily, it seems that Chinese President Hu Jintao was unaware of the test. While this whole episode has a lot to unpack in terms of the internal divisions within the Chinese government, posturing on the part of the two militaries, and the delicate diplomatic dance between the two powers, not many news organizations have focused on a key aspect: the scarily cool looking J-20 itself.

Thankfully for those of you more interested in the aircraft than the statecraft, some images and video of the new aircraft have started to surface. 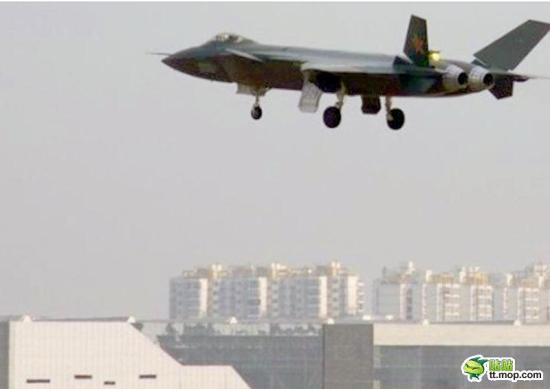 Not much is known about the new fighter, which is designed by the Chengdu Aircraft Industry Group and is apparently know as the “Black Eagle,” though speculation is rampant. Given the political nature of such speculation it’s very hard to take anyone’s opinion at face value, especially since most American officials are going out of their way to publicly question the “stealthiness” of the aircraft. Interesting when compared to other so-called “fifth-generation” aircraft is the large size of the J-20, which prompted the commentators at Aviation Week to speculate on long-range or heavy weapons capabilities.

Comparison with ground-service vehicles points to an overall length of 75 ft. and a wingspan of 45 ft. or more, which would suggest a takeoff weight in the 75,000-80,000-lb. class with no external load. That in turn implies a generous internal fuel capacity. […] The main landing gears retract into body-side bays, indicating the likely presence of F-22-style side weapon bays ahead of them. The ground clearance is higher than on the F-22, which would facilitate loading larger weapons including air-to-surface munitions. Chinese engineers at the Zhuhai air show in November disclosed that newly developed air-to-ground weapons are now required to be compatible with the J-20.

In appearance, the J-20 shares many of the same characteristics with other fifth-generation fighters like the F-22 Raptor and the F-35 Lightning. Those similarities may not be accidental. The Aviation Week article goes on to suggest that the development of the J-20 may be linked to cybersecurity breaches within the Pentagon. But there are some interesting twists, such as the forward fins (you know, those little wings in the front before the big wings in the back) and a pair of moving tailfins that set it apart from the American aircraft we’re used to seeing. 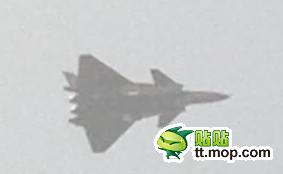 Though this first flight is certainly a milestone in the program, it may be more symbolic than anything. As of now, only two prototypes of the aircraft have been identified, and it is not slated to go into operation until 2017 at the earliest.

More pictures can be found on the Chinese website tt.mop.