Ivanka Trump Is the Keynote Speaker at CES, But Why? | The Mary Sue 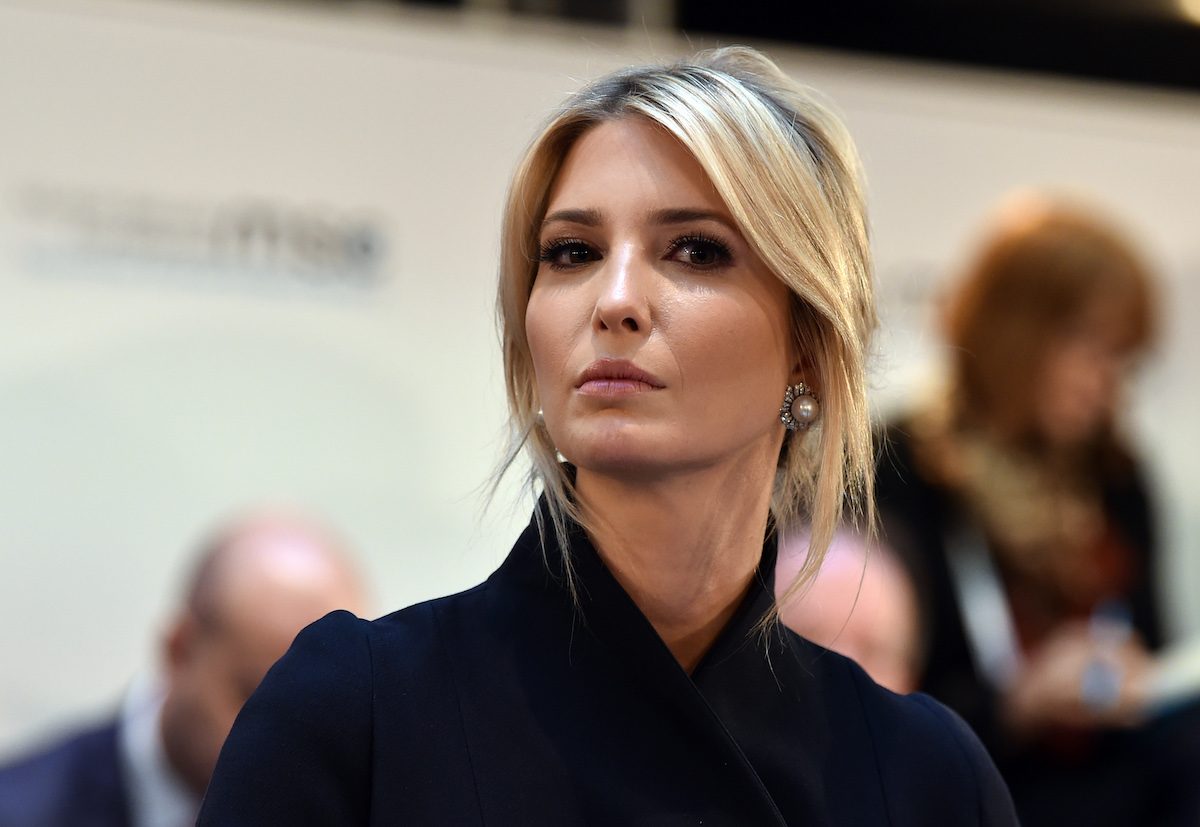 When you think of the future of technology and women in STEM, your thoughts naturally turn to one woman: Ivanka Trump. Wait, what? The failed handbag designer and dangerously unqualified presidential adviser was announced as one of the keynote speakers at this year’s Consumer Electronics Show in Las Vegas. Trump’s attendance has roundly criticized by women in tech and well … pretty much everyone.

Gary Shapiro, CEO of the Consumer Technology Association, has defended Trump, who will be speaking on “the path to the future of work”. Since Ms. Trump doesn’t know anything about work or the future, maybe she’s about to shock us all with a deep understanding of paths? Shapiro added, “We welcome her to the CES keynote stage, as she shares her vision for technology’s role in creating and enabling the workforce of the future.”

Ivanka’s presence has caused #BoycottCES to trend, with many women speaking out against her lack of qualifications. Tech analyst Carolina Milanesi called out the CTA saying, “The reason for my upset is rooted in the fact that there are many more women who are in tech and are entrepreneurs who could run circles around Trump on how technology will impact the future of work.”

Cindy Chin, the chief executive of the consultancy CLC Advisors and founder of Women on the Block, said: “If they can have a female 007, they can have equally badass female keynote speakers in the tech sector.” She added, “It would be better if the background of the keynote speaker actually fit the industry it is serving and inspirational rather than talking heads and political.”

Many tweeted their disappointment in the CTA, which has historically denied women a spot on the keynote stage at CES. And when they finally do … this is their selection?

This is a terrible choice on so many levels but also – what an insult to the YEARS AND YEARS of protesting how few women were invited to keynote & being told it was a pipeline problem while similarly-situated men were elevated. There are so many great, qualified women. Shame. https://t.co/nV5wBX31tW

“Job creation adviser”? Huh. Is that what she’s calling herself these days, in between all the junkets to Paris & Davos and faux feminism fashionista photo oops?

Hey @GaryShapiro, nobody wants to hear from a failed businesswoman whose products had nothing to do with consumer electronics, and whose sole claim to fame is that she’s the daughter of a serial business failure/racist/bigot/misogynist. Quit sucking up to the @GOP. #boycottCES https://t.co/CuZuvfg4Xz

As a past attendee, this is a disgrace. They could not have picked a woman as far removed as a tech champion and participant if they tried. #CES #WomeninSTEM #promotewomen

My favorite part of the story is when the president of the Organization says Ivanka has done “great work.” Lol, like what? https://t.co/pN1mqAKaKt

“There are a lot of women who are doing a lot of work to help women in tech and build products that help women and help children and families. Ivanka Trump is not one of them.”

Big mistake for CES to invite @IvankaTrump to speak when there are so many more women more qualified & respected. Ivanka is a down right con artist, who is most known for defrauding investors & exploiting cheap labor in her business lines.

What a sham; a slap in the face of bright, knowledgeable women in the field of consumer-electronics. You would invite Ivanka as a keynote speaker if the conference is on how to use Daddy’s position to walk off with 37 trademarks from China.

Frankly, she would not be welcomed in women in tech circles because her politics harm everything we fight against in our careers. #CES should be ashamed of itself. And journalists should stand with us in their coverage.

One wonders what could have convinced the CTA to choose Ivanka. Was it pressure from the White House? A desire to buddy up to the GOP and make inroads to Washington, D.C.? Or is it the cynical expectation that having such a controversial figure would no doubt generate headlines and publicity?

Or maybe we’re the ones being cynical. Maybe Ivanka Trump will take the stage, don a lab coat, and debut the formula for cold fusion. Boy would our faces be red.