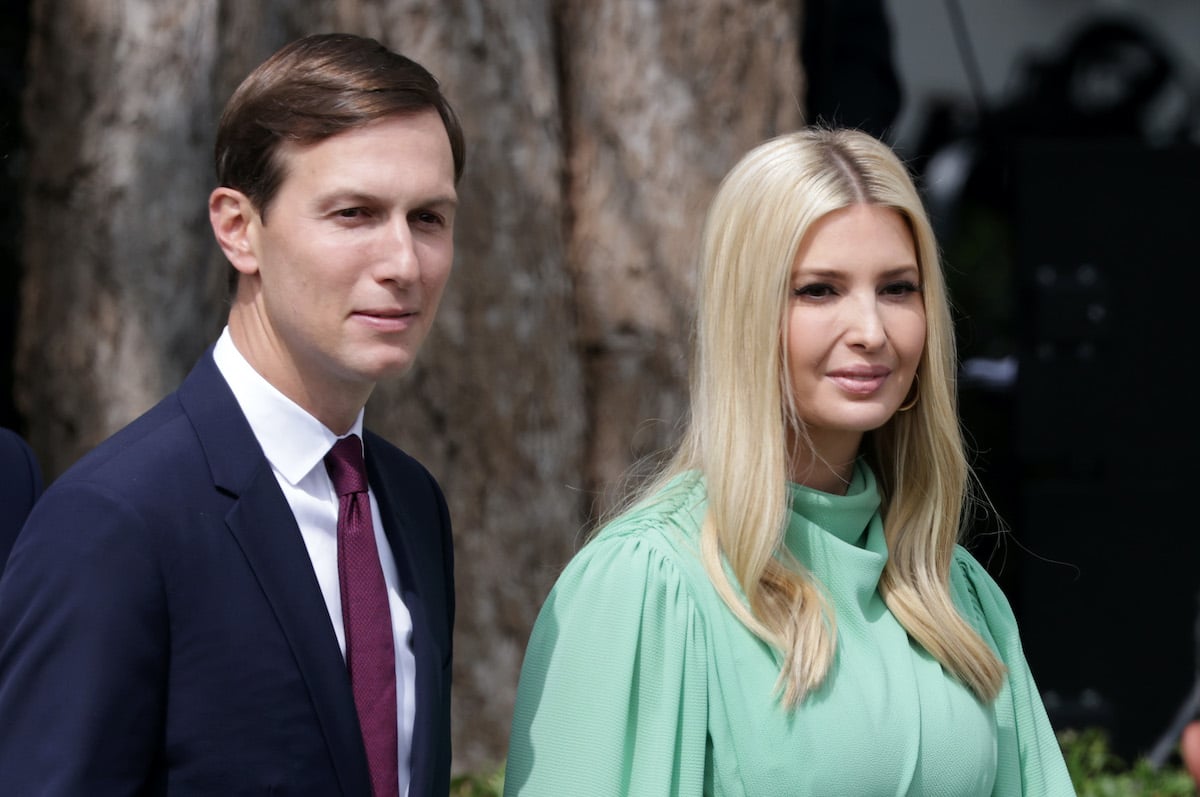 Is there a more aggravating and thankless job in the Secret Service than guarding Ivanka Trump and Jared Kushner? Before you say Eric or Don Jr., you might want to read this Washington Post article, which details the struggles of the Secret Service to find a usable bathroom. Why? Because Javanka banned them from using the bathrooms in their swanky DC residence.

Because of Jared and Ivanka, Secret Service agents had to go to bizarre, unusual lengths just to use a bathroom. In addition to their reliance on restrooms used by fellow agents assigned to the Obamas and Pences, the detail sometimes had to use the bathrooms of local businesses. https://t.co/qjuZibTdke

That’s right, the couple has deemed the agents in charge of safeguarding them as not worthy of using one of their mansion’s 6.5 bathrooms. The bathroom ban has resulted in a variety of stop-gap measures that, in classic Trump family fashion, is wasting taxpayer money. It’s also part of Javanka’s campaign to keep annoying their wealthy neighbors in the posh Kalorama neighborhood where they reside. The Secret Service first installed a porta-potty outside the home, which angered neighbors who demanded they remove it.

Former neighbor Dianne Bruce said, “They sort of came in with the attitude, like, ‘We are royalty,’ … When they put the porta-potty right outside on the sidewalk we weren’t allowed to walk on, that was when people in the neighborhood said, ‘That’s really not acceptable.’”

The Obamas then allowed agents to use a bathroom located in their garage for some time, before banning them in 2017 after a Secret Service supervisor for the Kushner/Trump detail “left an unpleasant mess” there (imagine that staff meeting). Vice President Mike Pence also opened up his home to allow the Secret Service to use the facilities, which was a little over a mile away from the Javanka residence.

After using Pence’s house and hitting up local restaurants, Secret Service finally decided to lease an 820-square-foot basement in a property across the street in late 2017 for $3,000 a month. The lease, which ends in September 2021, will end up costing the federal government upwards of $144,000. All this just so they don’t take a dump in Ivanka’s guest bathroom. What is she so afraid of? It’s not as if she’s the one scrubbing the toilets. Is she worried they’ll steal her decorative hand soaps? We have so many questions.

White House spokesman Judd Deere denied that the bathroom ban existed, saying “The Kushners have a tremendous amount of respect for the servicemen and women on their detail and for the United States Secret Service as a whole. Their home will always be open to them and they have immense gratitude for their service over the last four years.”

Of course, as soon as the story broke, Twitter leaped at the chance to drop a digital upper-decker on Javanka:

This latest article in WaPo on how Jared and Ivanka wouldn’t let the Secret Service use any of their half dozen bathrooms in their home, forcing the department to rent an apartment just to have access to a restroom, is basically a plot point in “The Help.” https://t.co/V78uYBFYaP

I mean, white supremacy is so literal.https://t.co/Z2uuilXZRa

And imagine that meaning you don’t let people use your bathroom. Like, seriously, I try not to get bogged down in this sort of trivia, but what the hell? https://t.co/0wIIyuaaYH

Wow just goes to show how full of crap Jared and Ivanka are needing all 6 bathrooms.

Jared and Ivanka won’t let Secret Service agents use their bathroom. Monsters. So agents have to drive to the Obamas’ house to use the facilities. And that works until somebody on the Trump detail wrecks that bathroom so hard the Obama detail bans them. This is in the newspaper!

We can’t wait to watch this shitty couple get flushed out of Washington, DC.