The IUD May Help Reduce Risk of Cervical Cancer 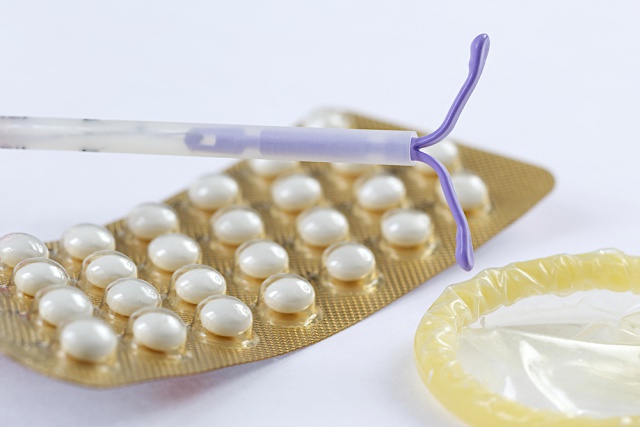 For many years the IUD has been a very scary thing. A lot of people are uncomfortable with the idea of having birth control that goes inside of their bodies. IUDs are certainly not for everyone, but with a new study discussing how IUDs might help prevent high-risk HPV (this is different from low-risk genital wart HPV) that causes cervical cancer, I thought it best to revisit the IUD from someone who has one.

CBS News reported yesterday that the IUD may “reduce a woman’s risk of cervical cancer by about a third.”

This is huge news because the vaccine for HPV is really most effective for women and men who have no prior sexual contact, which is why it is recommended for parents to give their children the vaccine when they are 11-12. However, many parents do not because they are not comfortable with the idea of there children even thinking about sex at that age, despite the long-term benefits. Also, women who were sexually active before the vaccine was publically available.

Researchers think IUDs might promote an immune response that kills off human papillomavirus (HPV), the virus that causes virtually all cases of cervical cancer.

“The data say the presence of the IUD in the uterus stimulates an immune response, and that immune response very, very substantially destroys sperm and keeps sperm from reaching the egg,” explained lead researcher Victoria Cortessis. “It stands to reason the IUD might influence other immune phenomenon.”

These results could be potentially lifesaving for young adult women who are too old to benefit from the HPV vaccine, said Cortessis.

HPV is so widespread that 80% of sexually active people have it. There is no way to test for it unless it manifests itself in either a wart or an irregular pap-smear indicating cervical cancer. Now, unfortunately, even people who get the vaccine can get cervical cancer, but it lowers the chances dramatically. Thankfully, for most people, the virus clears itself within 2 years and with early detection, it cuts the mortality rates for people who develop cervical or throat related HPV cancers.

The analysis is “fascinating,” and the potential explanation for why an IUD might reduce cervical cancer risk “really does make sense,” said women’s health specialist Dr. Jill Rabin.

“This is just one more reason potentially to help us recommend a great contraceptive method to women,” said Rabin, co-chief of the division of ambulatory care with Women’s Health Programs-PCAP Services at Northwell Health in New Hyde Park, N.Y.

Now this news does not mean that parents shouldn’t vaccinate their children or women should forsake their regular pap smear. It does provide an option for those outside of the age bracket or those who were sexually active before getting the vaccine and want some extra protection. Hopefully, this discovery will help people invest more into treating HPV once it is in the body and eliminating it completely. A girl can hope anyway.

Alright, so for those out there who are interested in getting an IUD or just want more information on the subject the Planned Parenthood website has concise information with all the details you need. A summary of some facts:

For any further questions speak to your local PP or OBGYN.