Twitter Does the Absolute Minimum Needed in 2014, Suspends the Accounts of Alt-Right Members

Since the Nazis are already in the White House, Twitter decides to do what they should've done a long time ago. 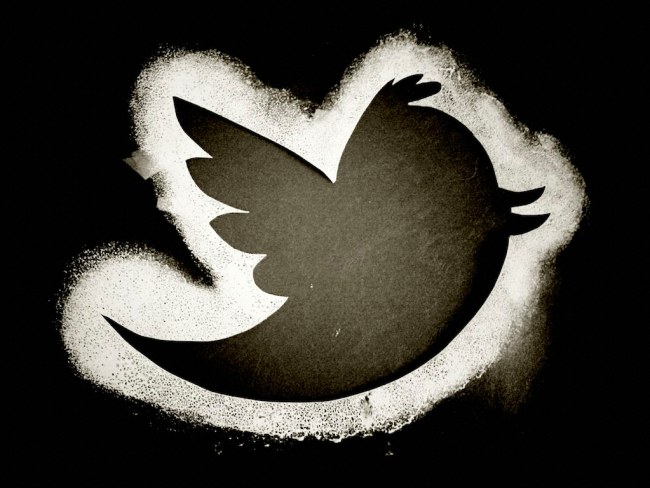 In a sweeping move that has stirred up some of the “alt-right’s” most vocal outlets, Twitter has suspended a number of accounts associated with the alt-right (read: white nationalist) movement. It’s a move that, really, needed to be taken way, way back in 2013/2014, but I guess now that literal Nazis are in the White House, Twitter decided to get off its ass and do the bare hecking minimum. Welcome to 2014, Twitter, you’re a day (a week, a month, a year, half a decade) late and many, many dollars short, if your valuation has anything to say about that.

Twitter’s suspension of these accounts comes on the heels of their addition of new tools that allow users to combat harassment and the all-around terribleness that comes with, well, being on the platform in general. My sentiments regarding those tools and the recent suspensions echo my colleague Maddy’s, which is: well, it took you long enough.

USA Today describes the alt-right as a “loosely organized group that espouses white nationalism,” which “emerged as a counterpoint to mainstream conservatism and has flourished online.” Some of the more prominent figureheads of the alt-right include Milo Yiannopoulos, who was famously banned from Twitter after inciting the harassment of Leslie Jones on the social media platform earlier this year. Another example includes recent Trump White House appointee Stephen Bannon, whose executive chairmanship at Breitbart connects him with the alt-right movement. His status as a white supremacist and misogynist can be found in numerous quotes, soundbites, and stories both on and offline.

This is all to show just how late Twitter’s move is. On the one hand, they’ve certainly done the right thing here by getting such hateful voices off of their platform. But on the other, the most damaging, lasting effects have already settled in; they’ve already gotten what they wanted out of this platform. Now that they have their figures within the offices and with the power of the White House at their disposal, Twitter becomes, to put it frankly, obsolete to them.

I find it hard to thank Twitter for such a move, especially given the fact that I find it hard to believe that these suspensions came as a result of “doing the right thing.” It feels, in all honesty, like a move to address the beating they’ve taken financially. Many, many critics have long pointed at Twitter’s inability (or unwillingness) to address the harassment rampant amongst its users as one of the most significant reasons as to why nobody wants to purchase the company. One giant company, Disney, cited this reason specifically when asked why they passed on purchasing. Salesforce and Google both passed as well, but their reasons remain unknown. Basically, it was all for the sake of the shareholders, not for the people who were victimized.

Interestingly enough, since they announced the updated tools and suspensions, the company’s stock spiked to the highest it’s been in over a month, which is when the news of all the companies passing on purchase was making the rounds. Of course, as of this writing, the stock price remains as volatile as ever. I guess shareholders might also be feeling that this is all just a day late and a dollar short for them, too.

(via Mediaite, image via Flickr/Andreas Eldh)