"It's [Not] Okay": How Women Die In Comic Book Movies | The Mary Sue

“It’s [Not] Okay”: How Women Die In Comic Book Movies

It's super not okay. 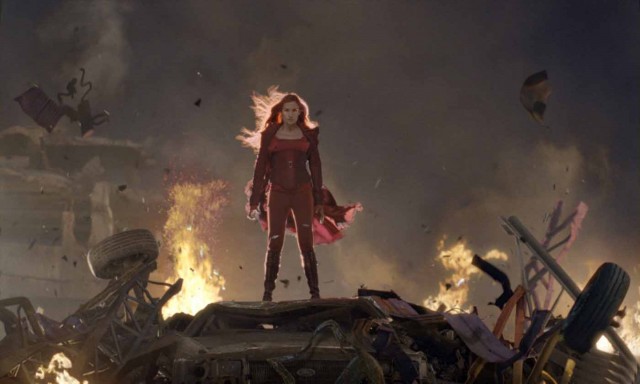 Tropes are not intrinsically bad.

When a trope appears in a show, film, novel, or comic, it doesn’t necessarily mean that the writers were being lazy, or that the story isn’t interesting, or new, or exciting. Sometimes, the presence of a trope can lend strength to the writing by encasing an idea audiences are already familiar with in a brief flash, allowing the narrative to focus on other things. For example, when four black SUVs pull up to a house, chances are it’s some shadowy government organization whose motivations probably should not be trusted.

Many times, however, tropes are a result of tired and lazy writing, and do nothing more than reinforce stereotypes that can do real damage. While there are many tropes in comic books, the vast majority of which tend to be hilarious, some are actively harmful. Many of the most detrimental relate to women—our abilities, our autonomy, our roles. Tropes like damsel in distress and woman in the refrigerator have been the focus of a lot of commentary, criticism, and debate—especially with the recent #GamerGate spectacle.

Those discussions sparked curiosity for me, especially as a comic book fan who adores pretty much every single film adaptation, no matter how badly they might have screwed it up (and yes, that does include Catwoman). There is an overwhelming amount of material to draw on from comic book lore, and I was interested in seeing what modern directors and writers would draw from their sources. So, armed with Netflix, a library card, and a horde of comic-book-loving friends, I sat down and looked at every single live-action adaptation of an English-based comic book or graphic novel filmed after 1990.

What I found was occasionally encouraging, occasionally frustrating, and occasionally disturbing. Because there is a lot of ground to cover, I’m only going to be addressing the following tropes in this post: the Woman in the Refrigerator, the Euthanized Damsel, and the Mercy Killing.

First, the encouraging: women are getting more interesting character developments and autonomy… sometimes. For example, Ella in Cowboys & Aliens sacrifices herself in order to detonate the invading alien ship, and it has the tone of a classical male revenge fantasy—they destroyed her home planet, and she exacted her vengeance even if she had to die to do it. Nuala from Hellboy II: The Golden Army defeats her twin brother by committing suicide—and because of their “twin connection,” he dies, too. Her sacrifice allows the heroes of the film to succeed—a meaningful death, even if it was an obvious plot device.

But, the good news stops there, with two almost irrelevant characters in two films that aren’t exactly as familiar to audiences like Superman or The Dark Knight.

In re-watching and researching these films, I realized something: writers, producers, and directors are making decisions to kill women even when they don’t have to. One could, in my opinion, persuasively argue that Gwen Stacy’s death in The Amazing Spider-Man 2 couldn’t have been avoided. Her death in The Amazing Spider-Man issue #121 was a pivotal, iconic moment in the Marvel universe. The shock of watching Peter fail changed comics in important ways. Changing the story so that she survived wouldn’t have been faithful to that moment in comic book history.

But then we have Rachel Dawes from The Dark Knight, who dies as a part of a trick. Batman is rushing to save her, is willing to ignore Dent, but it’s all a ruse and the audience is left with a feeling of helplessness, even as Rachel assures Dent that “it’s okay.” Except Rachel Dawes doesn’t exist in the comics, so there’s nothing for the writers to be “faithful” to. She was invented for Nolan’s films, and her death serves as the primary motivators for Bruce/Batman in The Dark Knight Rises, like every other woman who’s ever been fridged.

There are plenty of examples of fridged women, such as Alice in Cowboys & Aliens; Elizabeth in I, Frankenstein; Jonah Hex’s unnamed wife; Maria Castle who is hit by a truck in The Punisher; Goldie in Sin City; and Frigga in Thor: The Dark World. All of these women’s deaths serve no other purpose than to motivate the male character’s storyline. Frigga’s death especially hit home to me, as we had an spectacular glimpse into an amazing character from Norse mythology. She defended Jane Foster, and she fought brilliantly… right up until she’s summarily executed—again, for no other reason than to give Loki and Thor a reason to work together.

The only problem is that we know that we don’t need a woman to die in order for The Revenge Plot to work: look no further than V for Vendetta, where V is avenging his own suffering and torture (as well as the other inmates).

It doesn’t end with women in refrigerators, either. There’s also the Mercy Killing, an excellent example of which appears in Blade II. Nyssa—again, not a character who appears in the comic books—is infected with the Reaper virus and asks for Blade to take her into the sunlight so she can die “as a vampire.” Blade had done something similar for Whistler in the previous film, giving his mentor the opportunity to kill himself—an attempt that Whistler, incidentally, survives. There’s a whole segment of Sin City devoted to this trope; in fact, the trope is the plot, as The Customer contracted for her own death in “The Customer is Always Right.”

Then there’s Euthanized Damsel, a “cocktail of tropes” that Anita Sarkeesian described, which has one stunning example: Jean Grey in X-Men II: The Last Stand. The Dark Phoenix Saga is one of the better-known plotlines in the Marvel comic universe (Wolverine and the X-Men is at least partly organized around it), and while there are some problematic aspects in the storyline leading up to her death, what we do know is that Jean decides to sacrifice herself in order to prevent the Phoenix Force from causing any more destruction.

That’s not what happens in The Last Stand, though. There, Wolverine realizes that he has to be the one to stop the Phoenix. Jean’s autonomy is stripped away from her as she is just so overcome by the Phoenix Force, she can’t help herself, so won’t Wolverine please please please kill her?

That, unfortunately, plays into a lot of harmful stereotypes about women: we can be “out of control,” ruled completely by our hormones, incapable of making reasonable decisions because of our emotions. All of that is represented in the The Last Stand: Jean cannot control herself, so she must be controlled by men—either through literal mental controls that the Professor puts in place “for her own good,” or through adamantium claws to the chest.

While in the context of these stories the individual deaths make sense, these adaptations exist in a larger cultural context. We live in a world where beating women “for their own good” happens every day, where the “stories” of our lives continually revolve around men, and representations of that being endorsed by our media is not helping to build a better society. Comic books and their adaptations, which we are thankfully getting a whole lot more of, can be a powerful tool in shaping our culture’s perception of women, and it’s time that script writers quit relying on the deaths of women to make their stories appear more interesting.