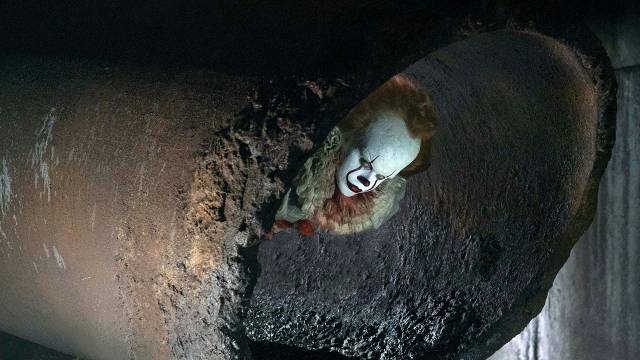 Reviews are rolling in for the new adaptation of Stephen King’s It, and while you could not pay me enough money to sit through this film, by all accounts this one is a creepy clown triumph.

I do not like horror movies. I dislike them so much, in fact, that I took an entire class on them in college in an attempt to understand why I couldn’t stand to watch while so many others relished the genre. It was a great class and we saw some fantastic movies, many of which I witnessed with my hands over my eyes and the inability to walk myself home alone thereafter. My favorite film from the class was The Shining, so I have a soft spot where Stephen King adaptations are concerned and I’ve been curious as to how the much-hyped return of It would be received.

Since you could not get me into a screening of It even if a menacing demon clown was chasing me in that direction, I’m scouring the reviews instead so that you don’t have to.

It currently has 50 reviews on Rotten Tomatoes and a freshness score of 96%, which is impressive (by contrast, Dunkirk is clocked in at 93%, and the new Spider-Man at 92%). The adaptation of King’s 1987 horror classic follows the 1990 TV miniseries that saw our patron saint Tim Curry take on the role of Pennywise the Clown. This time around Pennywise is played by Bill Skarsgard (of the beautiful reigning Skarsgard clan) and the film is directed by Andy Muschietti, an Argentine director known for his horror movie Mama. Another familiar face in that small Maine town is young Finn Wolfhard, a.k.a. Mike Wheeler from Stranger Things (almost every reviewer mentions Stranger Things, perhaps inevitable due to this It‘s updated setting in the ’80s rather than the ’50s). Here’s the movie’s official summary:

A group of bullied kids band together when a monster, taking the appearance of a clown, begins hunting children.

Haha wow lol nope. Anyway, here’s the take from the brave souls that saw this movie. Overall, the impression seems to be that while the dialogue can be clunky at times, It delivers plenty of scares, excellent performances, ’80s nostalgia, and strong visuals:

The Globe and Mail

From its haunting opening in Derry’s gently flooded streets to its nightmarish finale in the forsaken sewers underneath, this new version of It stands as a solid execution of King’s modus operandi. Mix one part vulgar innocence (these kids swear up a storm, even if they don’t know what exactly they’re talking about), add a breezy layer of cultural benchmarks (Gremlins and A Nightmare on Elm Street posters adorn the scenery’s fringes) and mix it all in a rusty blender on high in the middle of an abandoned corn field. Creepy but familiar, in the best sense.

…while Pennywise is legitimately terrifying, overall, It is more intense than it is chilling. No punches are pulled in depicting graphic violence against children, meaning this movie may be too much for even the most Stephen King-obsessed middle schoolers.

—the anxiety is more brief and pummeling than slow and creeping. There are some good scares, to be sure, but when the movie shifts tones, it does so definitively.

Still, certain aspects of It remain burned on your brain like a flashbulb on exposed film.

IT is beyond a shadow of a doubt the most blood-curdling film of the year and possibly the best King adaptation yet. That’s not small feat because the novel is so good on multiple levels. The film captures perfectly so many of King’s pet themes, particularly adolescence and the fear that comes with being on the cusp of adulthood. The world has begun to change for you in ways that nobody is prepared for. …

Muschietti handles this brilliantly, by mingling the bleak areas with humor and the love that comes with friendship. The film takes place in 1989, far removed from the 1950s setting of King’s original story, and perfect for the Stranger Things-obsessed who love some pop culture nostalgia with their horror. …

At its best, IT resembles a much grimmer version of Stand by Me, with the Losers Club a tight-knit group that feels like a real friendship. …

What will remain long after IT ends is the overwhelming sense of dread and sadness, that evil is a thing passed on from generation to generation. No matter how many times King tries to teach us this through his many stories, it is a tough lesson to learn and a tougher one to accept.

“Tame” is an adjective that cannot be applied to Muschietti’s It, which embraces its R rating with all the blood, foul language and blistering sores (oh, that leper scene!) it can pack in its two-hour-and-15-minute running time. Still, the gore never feels gratuitous, or like Muschietti is delighting in piling pain onto his young heroes. …

Itis not a perfect film. There are times when the CGI gets a bit wonky, particularly when Pennywise reveals a particularly demonic aspect of his form; one wishes Muschietti would have dialed back a bit and not shown us everything. …

With its crowd-pleasing blend of scares and laughs, It should bring audiences to theatres in droves.

TThe slick, numbingly relentless new film version of “It,” adapted from the 1986 Stephen King best-seller and a lot rougher than the 1990 TV miniseries, gets a few things right, in flashes of imagery and in the performances. …

That narrative change works fine in principle. The larger question is one of rhythm, and the diminishing returns of one jump scare after another. …

We have a story that feels not so much freshly imagined as dutifully recounted.

The new movie, a skillful blend of nostalgic sentiment and hair-raising effects, with the visual punch of big-screen digital hocus-pocus and the liberties of the R rating, still has the soothing charm of familiarity. …

…the filmmakers honor both the pastoral and the infernal dimensions of Mr. King’s distinctive literary vision. …

The climactic sequence of “It” sacrifices horror-movie creepiness for action-movie bombast, staging a big fight in a cavernous space. We might as well be looking at superheroes.

So there we have it: while not without some caveats, most of the critics are saying that It is worth your while and is deliciously scary for those of you who have the ability to watch horror movies with joy instead of the cringing terror that afflicts me. I’m jealous! This movie looks pretty damned cool. Will you be taking the Pennywise plunge?

Now if you’ll excuse me I’m going to go look at some pictures of puppies and kittens playing together as best friends for a while in order to wipe my brain of the images these reviews conjured. 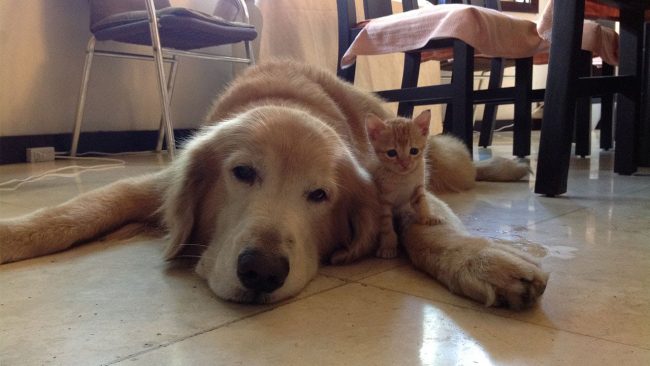