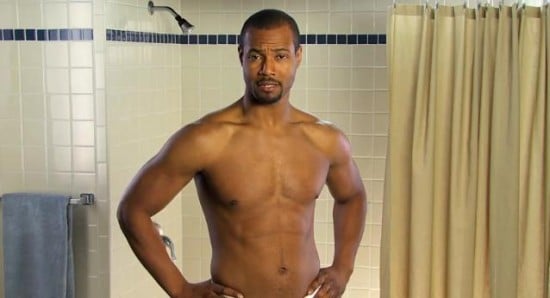 For the past many hours, the Old Spice twitter feed has been incredibly active. Old Spice poster boy and coolest man on the planet Isaiah Mustafa is recording personalized, hilarious response videos to many tweets, YouTube comments, and other methods of Internet speech, some of which aren’t even directed at him. For example, if you ask Yahoo Answers how to do something totally manly, he might see it and give you a mention.

And these videos aren’t some backlog that Old Spice has decided to unleash all of a sudden today. These are happening right now! You want proof? I’ll give you proof. Here’s a video that went online yesterday and was tweeted out today, aimed at Kevin Rose:

Then an hour ago Kevin Rose tweeted: “HOLY SH*T, best get well video EVER from the old spice man!:http://bit.ly/dpSeOs“

And then, just moments ago, Isaiah Mustafa responded to that very tweet:

Could this be one of the greatest advertising campaigns of all time? I’m giddy just watching these videos and none of them are even aimed at me. The idea that these are being recorded right now just makes the whole thing all the more epic for some reason. So tweet at Isaiah or at Old Spice or comment on one of their YouTube videos and you might bet a personal response from the big, fragrant man himself.

This is a whole new kind of interactive advertising that’s never been done before. It takes full advantage of new social media and embraces it. By using social media sites to appeal to users of those same sites, Old Spice is securing its spot in the hearts and minds of Internet users. And giving repeated mentions to Kevin Rose certainly doesn’t hurt.

The videos continue to go up every few minutes on Twitter, so check every hour or so for a whole new batch of suavely delivered tales of epic grandeur and struggle through adversity to reach a common, wonderful-smelling goal.