Is Taylor Swift a Witch Now? | The Mary Sue

Is Taylor Swift a Witch Now? 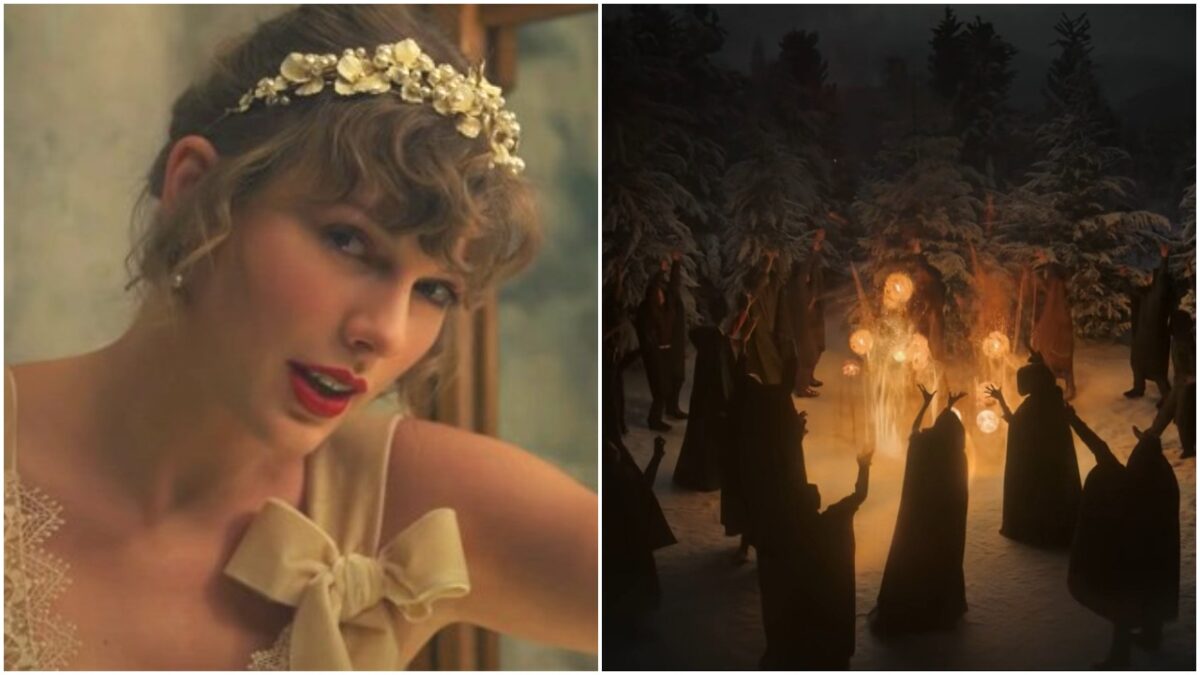 A lot of us developed new habits and interests during the 2020 lockdown. Some people took up knitting. Some folks baked bread. Some of us were lucky enough to create art. Some of us got really into witchcraft. And, hear me out, I think Taylor Swift did at least those last two. Yes. I’m pretty sure Taylor Swift is a witch now and I want to be the first to welcome her to the coven.

We got the first hints that Taylor was down with the goddess when folklore hit this summer. For one, folklore (the thing and not the album), is the literal gateway to magic, witchcraft, and the occult. We learn about spells and ghosts and the fae and all sorts of mystical things through actual folklore. Plus, the album was fall distilled into music and we all know fall is the witchiest season. And literally every witch I know was obsessed with it.

But now Taylor has made her witchy nature explicit with evermore and the accompanying videos, remixes, and tweets. Specifically, the opening song “willow” and the accompanying music video. In the video, Taylor follows a magic thread to find her love, and at one point ventures into a snowy forest to dance around a magic fire under the full moon with a bunch of people in capes and masks that look a lot like witches!

And that’s intentional, as are many of the multi-layered meanings and visuals in Taylor’s work (seriously, I’m not a Swiftie, but just researching this article I encountered all sorts of analysis of the references and themes in Taylor’s entire oeuvre and it’s seriously impressive). But with “willow” Taylor herself explicitly acknowledged, when chatting with fans about the video/song, that she thinks “sounds like casting a spell to make someone fall in love with you.”

Also, the song goes into the witchy bits right after she croons, “I come back stronger than a 90’s trend,” and we all know that the first pop cultural witch wave came in the 90s. (Believe me, I am still riding it). And by the way, that line is now Taylor’s Twitter bio. Need more proof? Her remixes, pictures, and tweets have been pretty clear: she’s a witch now!

Witches be like “Sometimes I just want to listen to music while pining away/sulking/staring out a window.” It’s me. I’m witches. Never fear, the “willow lonely witch remix” is here. 🔮 https://t.co/bJwRyvIOeM pic.twitter.com/NtpYsohJds

Ever find yourself waiting for the signal & meeting someone after dark & happening upon a majestic coven in the woods? Me neither but do you want your 🎶 to make you FEEL like that? Then the “willow moonlit witch version” is for you. https://t.co/PW8GKyjmKR pic.twitter.com/KiLB0OMfjf

You know what? I love this step in Taylor’s narrative. Not only is she rising a new surge of interest in witchcraft, but she’s also taking it as part of the larger narrative of her work and career. She’s referenced witches before in her work, mainly to lampshade how she’s often called another word that rhymes with witch. Also, she dated Tom Hiddleston, which is something all witches would like to do. But this is better because the themes of witchcraft: claiming your power, getting back to nature, , and feminism fits with this phase of her career.

Now, it shouldn’t be surprising that Taylor has entered her witch phase. Many of the great songstresses are honorary witches. Sarah McLaughlin is a witch (or she was at least one of the main soundtracks to my own magic in the 90s). Joni Mitchell is on the Practical Magic soundtrack and so, witch. And then there’s the ultimate musical witch: Stevie Nicks. Taylor, in embracing her witchiness, is stepping into a long and storied tradition. Now she just needs to collaborate with Nicks, or even maybe the ultimate voice of witchdom, Loreena McKennitt.

I know that Taylor’s steps down the lefthand path may be concerning for some and that’s fine. I actually relish how much this will freak out her more conservative fans, who I am sure exist. But I don’t think it will affect her social life: if potential partners already feared her because she might write songs about them, worrying about a post-breakup hex isn’t that much worse. It makes me very happy that Taylor has entered her witch phase, because, well, I’ll take any excuse to talk about witchcraft. And the way “willow” has been stuck in my head certainly feels like a bit like magic.