"I decided to host a real auction for one such book - but(t) for charity, not for profit." 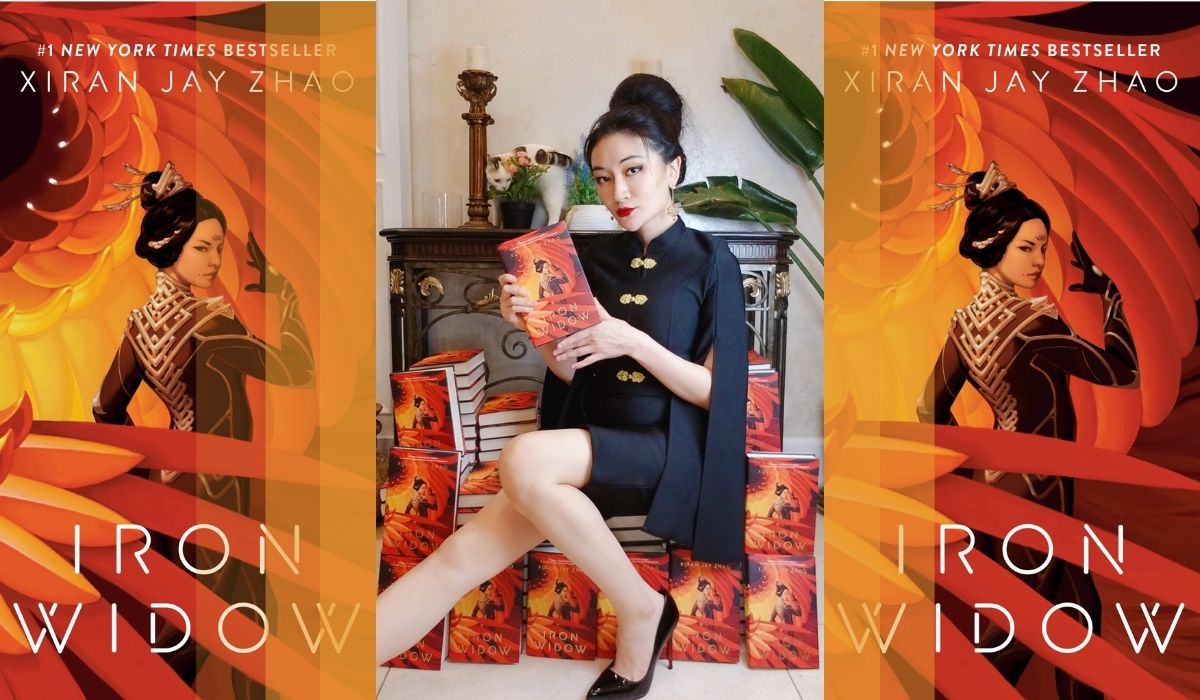 Xiran is known across the internet for various reasons. We found them from their funny and informative YouTube videos giving historical and cultural context to American movies depicting Asia (usually China). Later, it was for their exciting new YA sci-fi mecha book called Iron Widow (which made it to September’s TMS Book Club.) Others know the Chinese Canadian writer from their TikToks (on and off BookTok) or the viral petition last summer to make Yu-Gi-Oh! an Olympic sport.

Now, by more people, they’ll be known as the person who sold a book they sat on, at the behest of online fans and commenters in the name of raising money for charity. If Xiran hadn’t already reached icon-level status by posing in a cow onesie for the author photo of their best-selling debut sci-fi book, this might be it.

The story starts on TikTok

We reached out to Xiran on Twitter to discuss the charity auction, and it turns out it all began on TikTok.

After Xiran posted this TikTok of them posing on the throne of recently-signed books on January 9 (a video itself coming because they were proud of how nice it looked as a photo), they received a comment asking for the copy they sat on.

“Then I saw the same sentiment expressed multiple times across my social media platforms. That was when I was all ‘OH NO, Y’ALL NEED JESUS.’ But at the same time, I was morbidly curious as to how much someone would actually pay for a copy of my book that I sat on.”

For days, jokes were made about it by Xiran and others online, but behind the scenes, something was happening.

“After getting egged on by my friends, who always egg me on when it comes to cursed decisions, I decided to host a real auction for one such book – but(t) for charity, not for profit. Because I do not want to legitimately profit off of something this cursed.”

Midday, January 11, Xiran shared on their socials that they’re selling one first-edition copy of the sat-upon book for charity via eBay. They chose the National Cervical Cancer Coalition, with the option for the winner to pick another charity.

Proceeds will go to the National Cervical Cancer Coalition (https://t.co/heSfUw9AeS) or another charity of the winner’s choice!

In addition to the book, the winner will also receive a special Iron Widow bookmark, a custom-printed duel disk sticker, and Xiran will personalize the book. 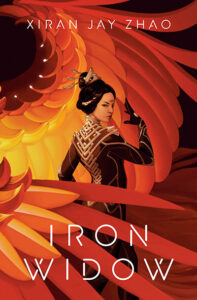 Within two hours of sharing the eBay link across social media, eBay placed Xiran’s account on a”temporary restriction.” While eBay’s issue with the listing or account was resolved, it’s frustrating to see the momentum lost. Before the temporary pause, the bid reached $200 in 17 minutes, and though as of writing this, it’s at right over $400, we’ll never know how much that initial account lock affected the overall money raised.

At the same time, it’s hard to get too mad at eBay. That site is like the wild wild west of technically legal commerce. Before the Facebook marketplace was dunked on daily, eBay and Craigslist filled this void (and both still do). If something internally raised alarms, be it the fact that Xiran promoted the book as “sat on” or an account claimed to be the author (which was true), then pausing it was annoying but understandable.

Why did Xiran choose cervical cancer?

While the winner of the auction can choose to send the money to another charity, Xiran decided to lead the conversation by offering to send the funds to aid in the fight against cervical cancer.

I knew I wanted the money to go toward cancer, and some kind of cancer to do with the nether regions. I went with cervical cancer because it was on my mind after a recent research stint on Eva Perón. I did some Googling and the National Cervical Cancer Coalition seemed to be doing good work, so that’s why I chose them, though I’m open to changing the charity if the winner chooses.

We encourage you to read up and learn about Perón’s life as an actress and revolutionary, but in short (and related to this charity choice), the Argentine icon died at 33 from cervical cancer. Xiran stressed to all TMS readers:

Get your HPV vaccines no matter what gender you are if you’re under 26 and haven’t, and get your pap smears done when your doctor tells you to if you’re over 21! Cervical cancer is preventable and treatable!

This month is also Cervical Cancer Awareness Month, and according to the World Health Organization, with increased attention and access to treatment, it could be the first cancer to be eradicated.

I asked Xiran if they had any words to the future winner of this auction (or the people who tried), and they replied, “Bless your hearts. Amen.”