An Iron Man 2 Walkthrough for Lowering Your Expectations 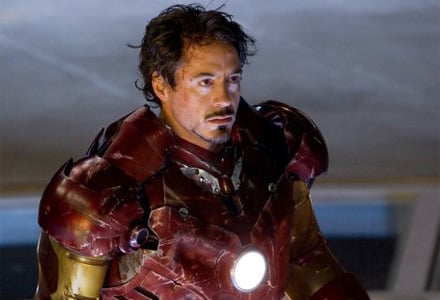 I think I can speak with some authority when I say that most of the tribes of geekdom are excited for tomorrow’s stateside release of Iron Man 2. I’m with you. I was there in ’07 with my friends in the back of the theater giving the movie raucous applause by the time Robert Downey, Jr. finally said “I’m Iron Man.” I saw the trailers with the suitcase armor and the strategic use of that iconic song. So I understand the hype.

I also understand the dismay some may be feeling, having read the early critical (and I mean critical) reviews of the film that came out recently. I’ve also read the glowing (though less glittering than the original’s) reviews made by our cousins in the geek community. So I’m here to say: Calm down. Lower your expectations. And see the movie, as I’m about to give you a walkthrough to prepare you for tonight’s midnight showing. Assuming, of course, that you have your tickets already.

Getting to the theater tonight and depending on where you are in space-time, be aware that you will see all manner of fanboys/girls. Don’t be surprised. Greet them. You may even want to have a little bit of fun yourself. Just remember that moderation is key, as full-on armor might make it difficult to sit down or eat.

After brushing past the kissing couple and the 8-year-old in the inexplicable Batman cape, have a seat. Again, bear in mind what this is not Iron Man, itself a surprise success. This is a different movie. Rather, it’s drawing on the success of the original and trying to turn it into something better while also building up to the eventual Avengers movie. It has a lot on it’s plate, so on that basis alone, your expectations should be lowered.

As a rule of thumb, sequels are rarely better than their predecessors. That’s why The Dark Knight and The Godfather Part II are so notable.

Now stop. Let the credits roll. And take heart in the fact that Lisa Schwarzbaum isn’t writing for you. You’re a comic book fan, so her points, while well taken, don’t speak to a fan’s sensibilities. This is not good or bad. Just different. As such, watching the suitcase-armor scene will hit you more. It should. Director Jon Favreau has said in a recent interview:

For me, there wasn’t the same pressure that you’re used to feeling… especially coming up with smaller movies, where you’re throwing a party and you don’t know if people are going to show up. Here, we knew people were going to show up, we just wanted to make sure they had a good time, and that this was going to be as much fun or more fun than the last party. So a different kind of pressure.

Rotten Tomatoes is, as of this writing, giving this movie a freshness rating of 73%. Nothing to sneeze at, even when compared to the original’s muscular 93%. It is flawed to be sure, but that shouldn’t be your worry when you have your seat tonight. Mark Wilson of Gizmodo probably said it best:

This is what you need to know: Iron Man 2 is not as good as the original Iron Man, but don’t be so worried about some of those early, negative reviews—it’s worlds, worlds, worlds better than Transformers 2, Spiderman 3 or some other franchise-devastating catastrophe.

When the final credits roll up, should you retain your sense of excitement, go back to your car and chat up your fellow geeks about the films merits and shortcomings. Because if anything’s certain, you will be talking about it next week.