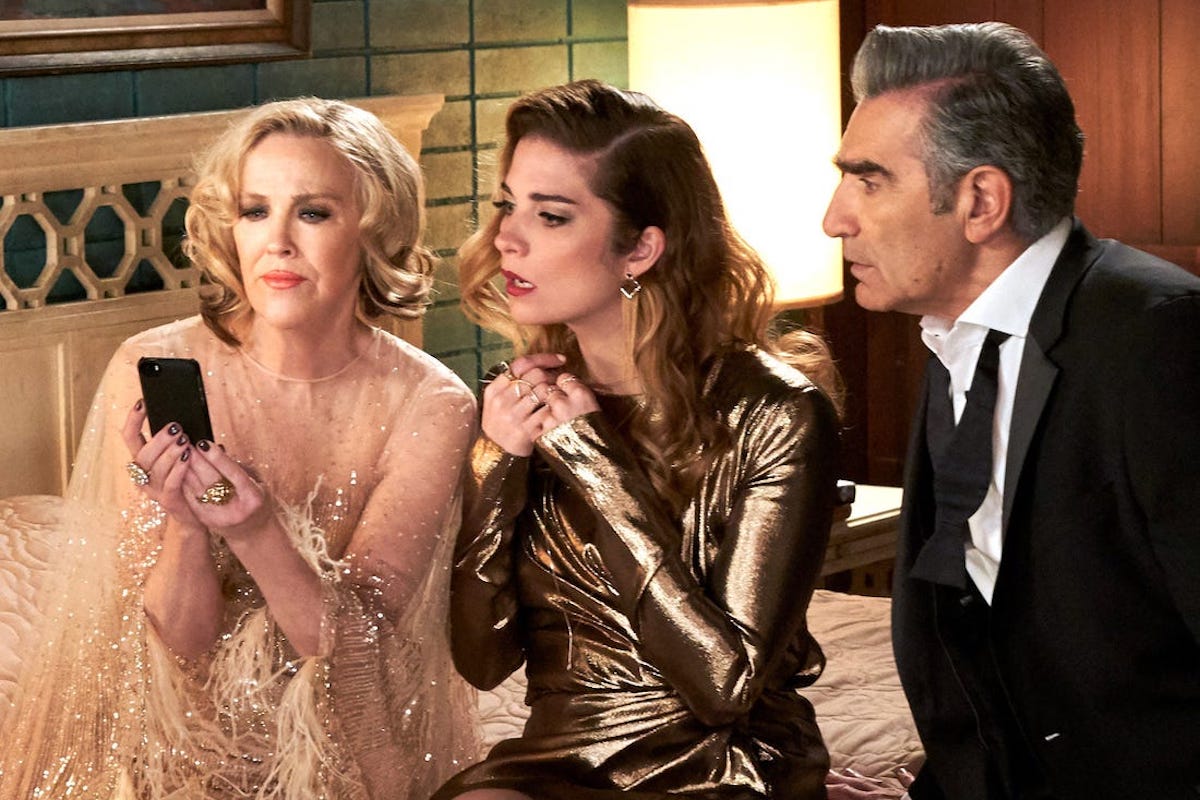 If you’ve been missing Schitt’s Creek since its finale, this story is basically its real-life reboot, only if the show were a horror movie instead of a comedy series. It’s got all the same elements: Someone buys a town in the middle of nowhere and years later is forced to live there against their will, finally coming to appreciate their unusual new surroundings and quirky cohabitants. Except in this version, instead of a deceptive business manager, this is all caused by a global pandemic and a snowstorm. Also, there are ghosts.

A few years ago, Brent Underwood bought Cerro Gordo, an old mining town in California, for $1.4 million. As the New York Post tells it, the 32-year-old lives in Austin, Texas and visits monthly but has left the town in the hands of its full-time caretaker of 21 years, Robert Desmarais. Last month, Underwood went back to give Desmaris a chance to prepare for the potential impact of our current pandemic.

“When the scope of the coronavirus pandemic became clear, Underwood agreed to take over duties for a week while Desmarais checked in on his wife in Arizona. But that was about a month ago,” writes the Post’s Hannah Frishberg. “Now, he’s stuck in his ghost town under five feet of snow.”

Cerro Gordo really is the middle of nowhere. It’s totally remote, smack dab in between two giant national parks, and 26 miles from the nearest town with a grocery store. Seven miles down a steep hill is a town with about 35 people.

“He remains in good spirits for now, but a different type of spirit is giving him trouble,” writes Frishberg.

Cerro Gordo isn’t just a mining town. It’s a ghost town. Apparently, it has an incredibly violent history with, at one time, a murder a week. The TV show Ghost Adventures claims there are the ghosts of two deceased children in the town.

“Things are moving around, I’m seeing curtains move, I’m hearing things in the night,” he says. “There’s no draft, but things drop inside of houses.”

In addition to a general ambiance of otherworldliness, a light in the bunkhouse keeps turning on, and his wallet recently disappeared for two days only to reappear in the town hotel.

“That was a bit freaky,” he admits, but he believes the spirits are peaceful. “For the most part, I leave the ghosts alone and they leave me alone,” Underwood says. “I try to respect their space.”

Just like his TV counterparts, Underwood says “there’s a part of me that isn’t in a huge rush to reenter the world.” Mostly because while he doesn’t have running water, he does have satellite internet and he can see what the rest of us are going through.

Underwood has been documenting his experience on Instagram and I’m telling you, he’s basically living in Schitt’s Creek. There’s even a general store with unique wares:

Not to mention a quirky cast of supporting characters:

If this doesn’t end up being optioned for a TV series or movie, I’ll be shocked.