Iraqi Militants Want You to Know They Have Robots Too 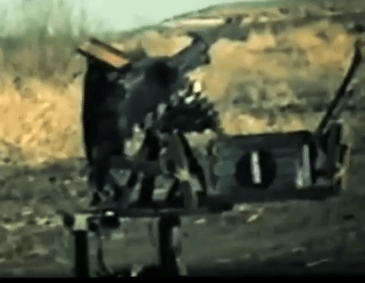 During the campaign in Iraq, the U.S. Military has been using all kinds of high tech wizardry, including spy drones and bomb robots, as a nation like the U.S. tends to do. In response, Iraqi militants have released an unbelievably well-produced video to show that they’re not just rubbing sticks together over there; they’ve got robots too.

The video comes from the Ansar al-Islam extremist group and shows them working on all kinds of projects. The first half of the video shows men in kafiyas making silencers, drilling circuit boards while the latter half shows some impressive accomplishments: a Mythbusters-eqsue remote controlled car (like, an actual car) and a robotic machine gun tripod that aims and fires autonomously. With U.S. troops set to pull out for realz by December, taking their robots with them, this doesn’t bode well for the state of affairs in Iraq, unless of course, you side with the militants.