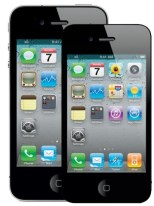 Bloomberg reports that Apple is currently prototyping a miniaturized iPhone that would be roughly two-thirds the size of current models. The alleged device, which is rumored to cost $200 off contract (for comparison, the iPhone 4 is $599 unsubsidized), is targeted at potential Android customers who want a smartphone, but not the prohibitive price-tag that is usually attached.

As noted by Bloomberg, Android has a 32.9 percent global smartphone market share — and that number is growing, fast. Apple does not currently have a low-cost alternative, and if they would like to hold their ground, they will need to enter Android’s unopposed territory.

In order to cut costs, Apple would also have to cut corners. The lovely Retina display would likely be left out — though on a smaller screen, it may not be necessary, and “last-gen” guts would surely be squashed inside. Though, screen resolution and processing power would have to be identical to some form of existing hardware to avoid fragmentation issues within the App Store-ecosystem.

Apple is also said to be working on a dual-mode iPhone, which could work on both GSM and CDMA carriers without the need for a new SIM. Coupled with a built-in app and contract-free device, users could easily change networks without having to swap hardware or wait in line.