Netflix App Coming to the iPad: This is Big. | The Mary Sue

Netflix App Coming to the iPad: This is Big. 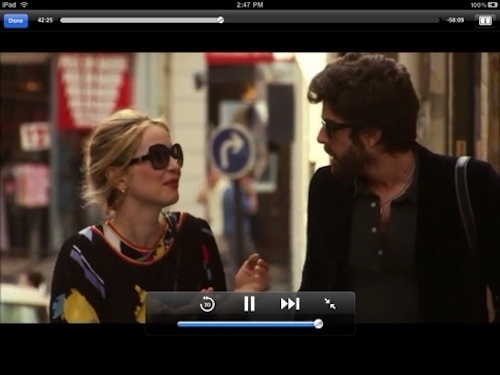 The iPad just became a lot more appealing for civilians: Last night, both Appshopper and Appadvice posted screenshots and listings for a streaming, iPad-only Netflix app.

The app won’t be released until April 3rd, when the iPad comes out, but when it is, it’ll be free to download, and covered by your Netflix membership if you’re already a member. If not, there’s a free two-week trial to lure you in.

Wired’s Gadget Lab raises a valid question: Will it be WiFi-only, or will it also work with 3G?

What we don’t yet know is whether this will be WiFi-only or will also work over 3G. The iPad isn’t locked to AT&T like the iPhone, and will work with any GSM-based provider, so it seems more likely that the only thing prospective movie-watchers need to worry about is running up against monthly bandwidth limits.

3G would be preferable, naturally (though some factions think 3G on an iPad is a waste of money), but either way, this is a major coup for the iPad and the crafty, good-looking people who preordered it: As exciting as electronic magazines are, Netflix will go a long way towards cementing the iPad as a bona fide multimedia device.

Also in the works, eventually, maybe: a Hulu app for the iPad.