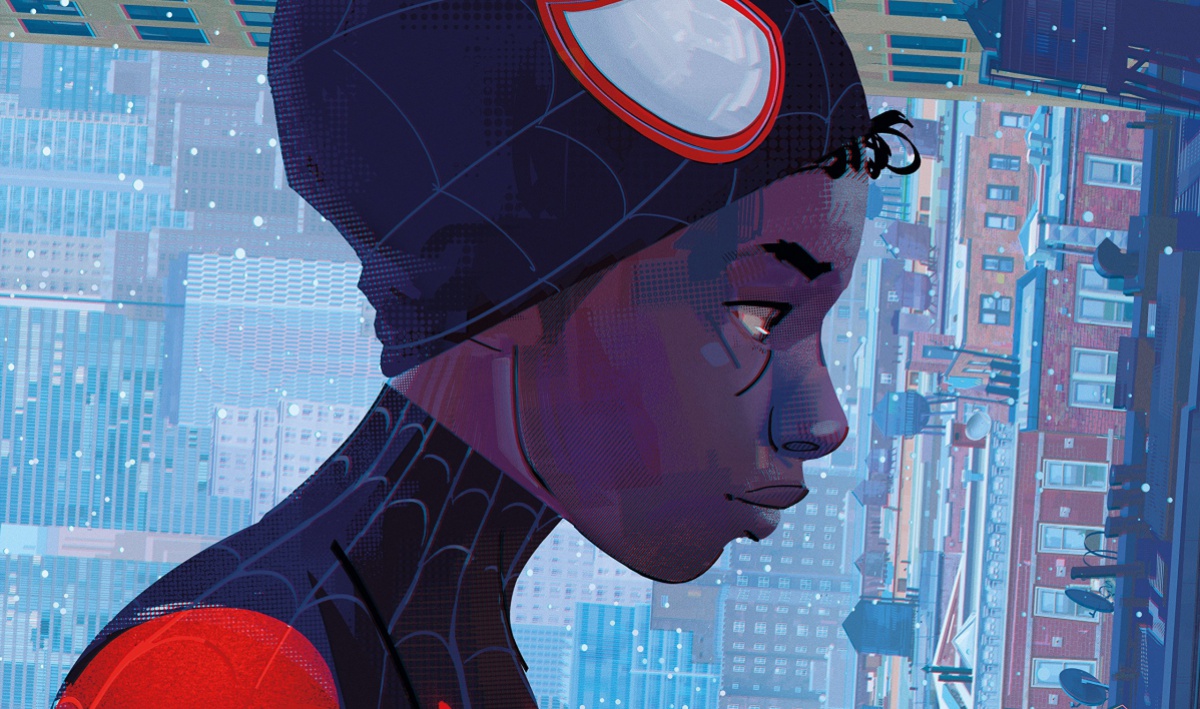 If you think we as a site have gushed enough about Spider-Man: Into the Spider-Verse, this piece isn’t for you. I had the privilege of attending Sony’s home entertainment release press day for the film, and I came out even more ridiculously obsessed with it than I was before. The level of detail, care, and skill that went into this movie is superb, and we should all rush to own it immediately tomorrow.

The day started with thirty minute presentations on the animation process and storyboarding process. These presentations were enlightening as to how they made the film feel like a comic book come to life. Anyone who has seenInto the Spider-Verse will tell you that visually, it feels as though every frame has been pulled directly from the art of the Spider-Man comics themselves, from Steve Ditko onwards.

Quite frankly, despite not being a traditional nominee for the category, the film deserved a cinematography nod for the work the animators put into crafting the film. Never has a superhero movie felt quite so… comic book-y. This is entirely based on the animators playing with style and breaking the rules of animation to create something fresh and exciting. You can check out a video from Insider about the animation process below.

After lunch, we got a glimpse of the Spider-Ham short that will be featured on the Blu-ray. Whoever cast John Mulaney in the role? Genius. Give them an Oscar too. The short is hysterical and trippy, and everything you could hope for from a Spider-Ham short. As the Spider-Verse continues to expand with a sequel and a Spider-Gwen spin-off, I hope that Mulaney gets to return in the form of short segments that lovingly parody Looney Tunes.

The directors—Peter Ramsey, Bob Persichetti, and Rodney Rothman—introduced a couple bonus features (get your tissues ready for a Stan Lee tribute), before joining the journalists for interviews. I had the distinct pleasure of sitting down with them, as well as with storyboard artist Denise Koyama to talk about crafting the film.

The biggest question I asked was about the theme of the film, which boldly says that anyone can wear the mask. I asked Koyama what that theme meant to her personally.

The directors agreed. “For a long time, [the Spider-Man stories] didn’t necessarily represent all the people for whom they are meaningful,” said Rothman. “So I think it’s important for that reason And then I think it’s important for the reasons that they’re speaking about, you know, the mission statement for this movie was we wanted, and it started with Phil Lord’s treatment, you wanted people, especially young people, who saw the movie to feel powerful and to know that we were counting on them. It’s a challenging and optimistic point of view that the movie has. And it really is for everyone.”

Spider-Man: Into the Spider-Verse comes out on digital tomorrow, and will be available on Blu-ray, 4k, and DVD on March 19. Be sure to check out this Oscar-winning film for either the first or the millionth time, and relive the importance of Miles Morales.