Interview: Vita Ayala Gives Us a Sneak Peek at Magic: The Gathering – Chandra #1 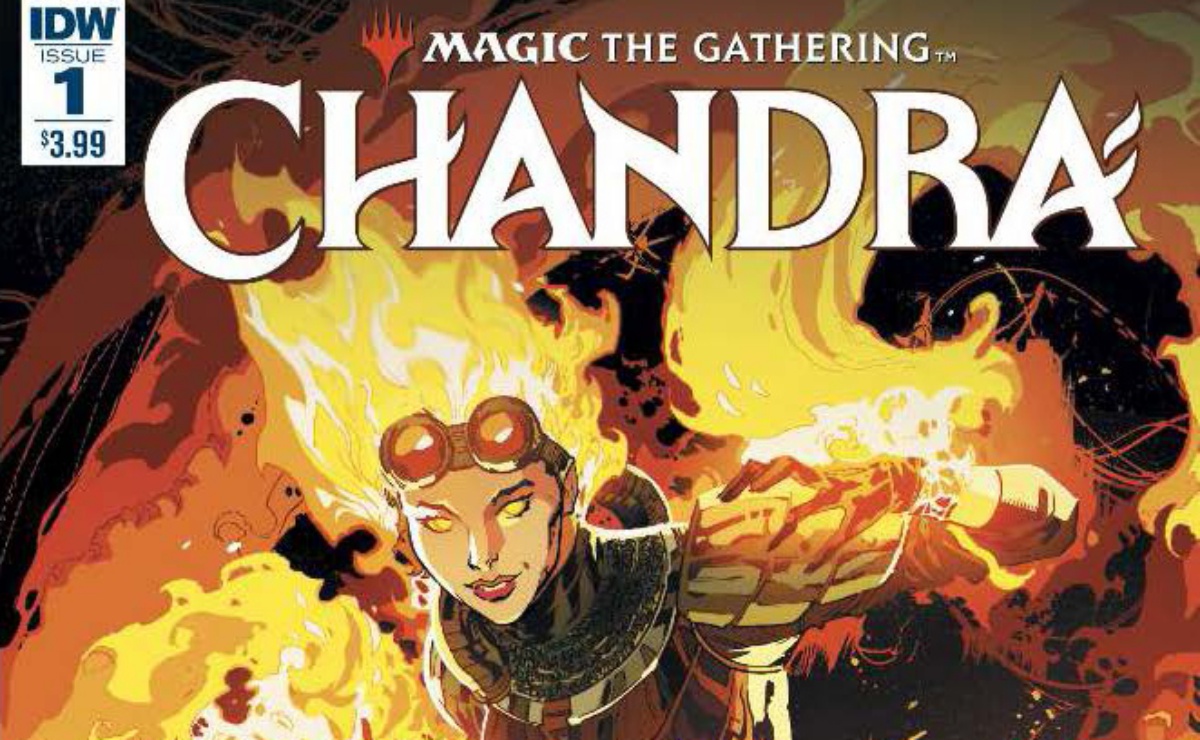 Chandra, the pyromancer, is one of my personal favorites, not only because fire is the superior element, but as someone who plays red, a lot her personality perfectly illustrates the passion and aggression of the red player. So, it’s no surprise that, in bringing the world of Magic back into the comics, they would start with her. In the upcoming Chandra #1 comic, we get to see Chandra back in action after dealing with some dark times.

The person helming that narrative is comic book writer and longtime Magic: The Gathering fan Vita Ayala. A New York native and former Forbidden Planet employee, Ayala’s career is the kind that every comic book fan dreams of, having gone on to write for DC Comics—for Batman, Supergirl, Suicide Squad, Wonder Woman—as well as Valiant, Vault, and Black Mask Comics.

It will be Ayala who heralds Magic‘s return to comics with Chandra #1. We had the opportunity to speak to this rising comic community star about their background with the game, the mythos, and what draws them to the character of Chandra.

“I was really taken with the cards that had such beautiful art on them,” Ayala explains talking about being their introduction to the popular gaming franchise. “Working at Forbidden Planet and being able to get cards at a discount … that was a problem.” As a collector, Ayala spend a good chunk of money on the game. “I loved that it was so customizable and no matter what age level you were, you could get more out of it.”

Despite drifting out of it for some time, it was something Ayala would return to because of the mythology.

“The printed novels were really cool and built upon the flavor text, which then, when the mechanics of the planeswalkers came into the multiverse, it expanded things in a new, exciting way. No matter what genre you were into, there was a plane for you.” That makes perfect sense for a transition to comics. “Magic really lends itself to a half-text half-visual medium just by the nature of the game.”

When it came to being brought into the production, Ayala was approached on two fronts, from both Wizards of Coast and Joe Hughes at IDW, who knew Ayala from Forbidden Planet. Ayala pitched them some ideas, and it all came together. The choice of Chandra as the lead was brought up by the Magic team, but fit with Vita’s preexisting play style: “I play red/green, and I’ll often play a Chandra in my deck. Someone who sets things on fire? Count me in.”

“I really wanted to explore how, with planeswalkers, the colors that they draw from are really in line with who they are as people. I find that really fascinating, like the different houses in Harry Potter. It says something about who you are and where you fall,” Ayala explains. “I wanted to explore what it would mean on the positive and the negative side. Chandra is a red mage. She’s a pyromancer—I love it—and fire can be very dangerous and very destructive, but it can also be something positive. It brings warmth and gives light, so I wanted to examine how that comes together to form a person.”

That aspect of Chandra was something they were looking forward to exploring throughout the story, as well as highlighting the character’s interpersonal relationships: “You really get to see who someone is when they’re reacting to someone else, and I also wanted to [show] enough of her around people who know her well so people would be able to see how she’s a hothead, but also really loving.”

I asked Ayala what other planeswalkers they would love to work with: “Garruk, I’m in love with him. He’s a giant wild man from the woods. I love him. Liliana, she’s really snarky. She always has something to say.” In their head, the character of Liliana is Dominican because she has “the most scathing one-liners, but secretly full of feels.”

“As a creator, no matter how different the character is from me as a demographic, you have to connect on some level, and the things she’s struggled with in this story are things I’ve struggled with.” One aspect Ayala brings to the character from themselves is the mother-child bond between Chandra and her mother, but also how Ajani is big brother character: “Seeing those people in my family, and I’m the hot head.”

I’m excited about Ayala’s run not only because they are a dope person of color helming the comics, but it is also great to have a fan of the game tell these stories.

Below, we are excited to give you a sneak peek at the first issue of Chandra. Let us know what you think in the comments! 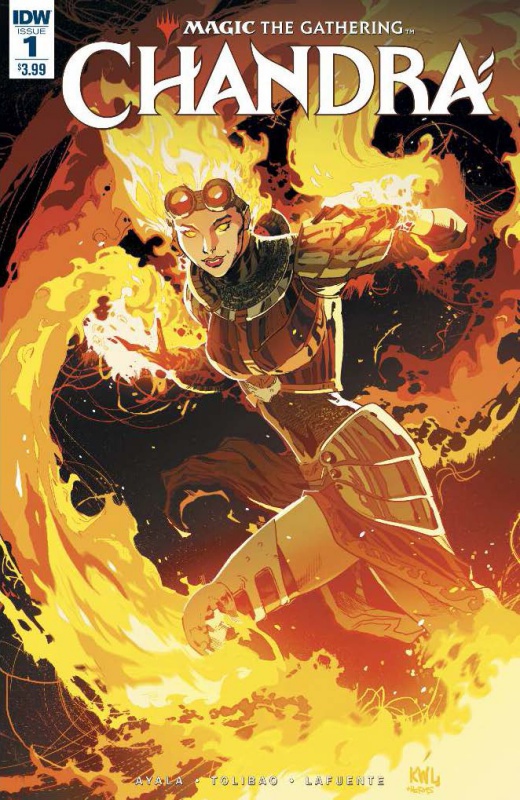 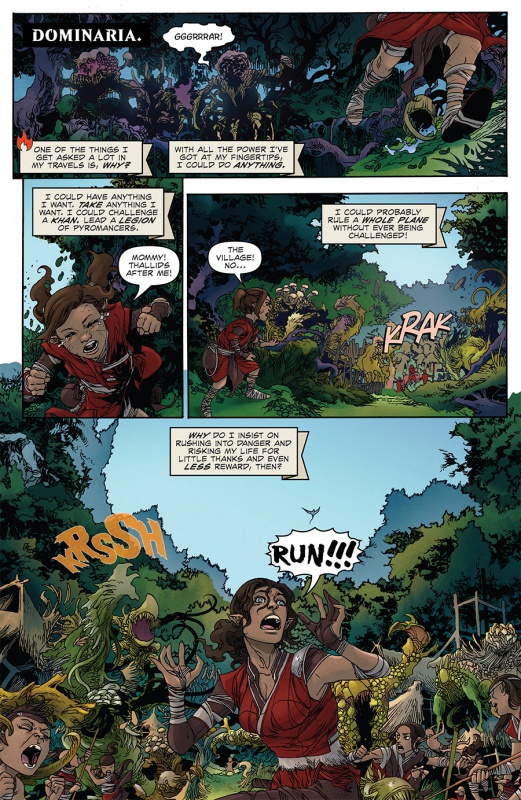 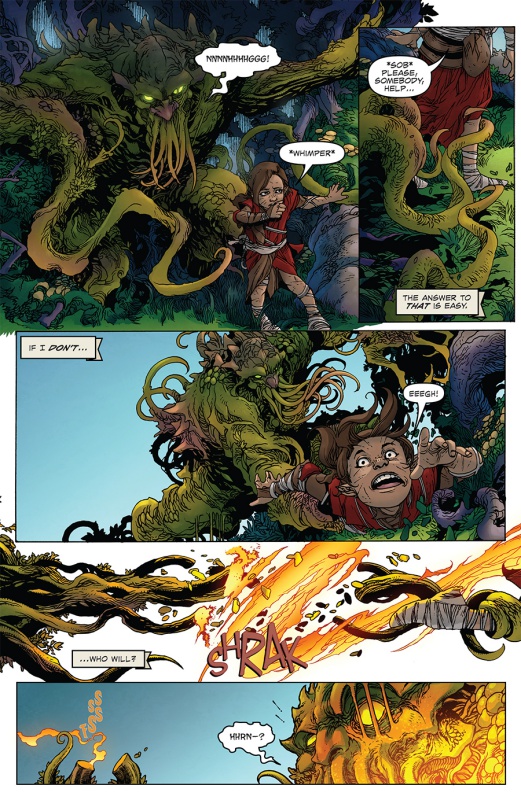 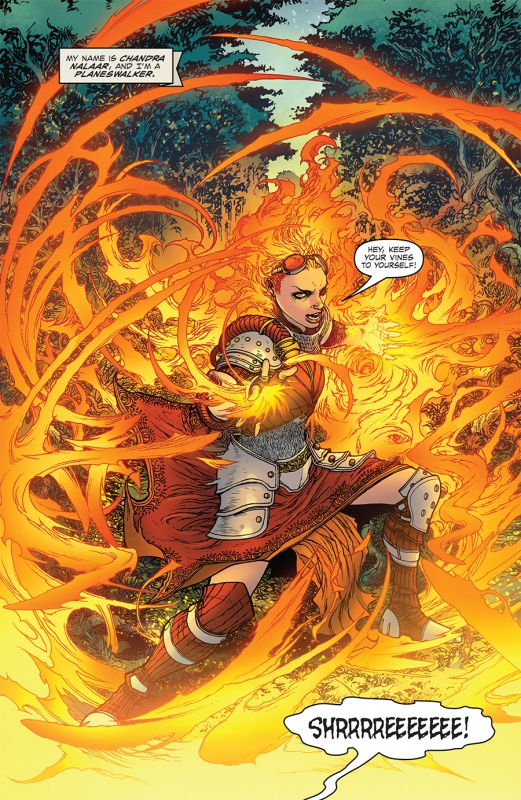